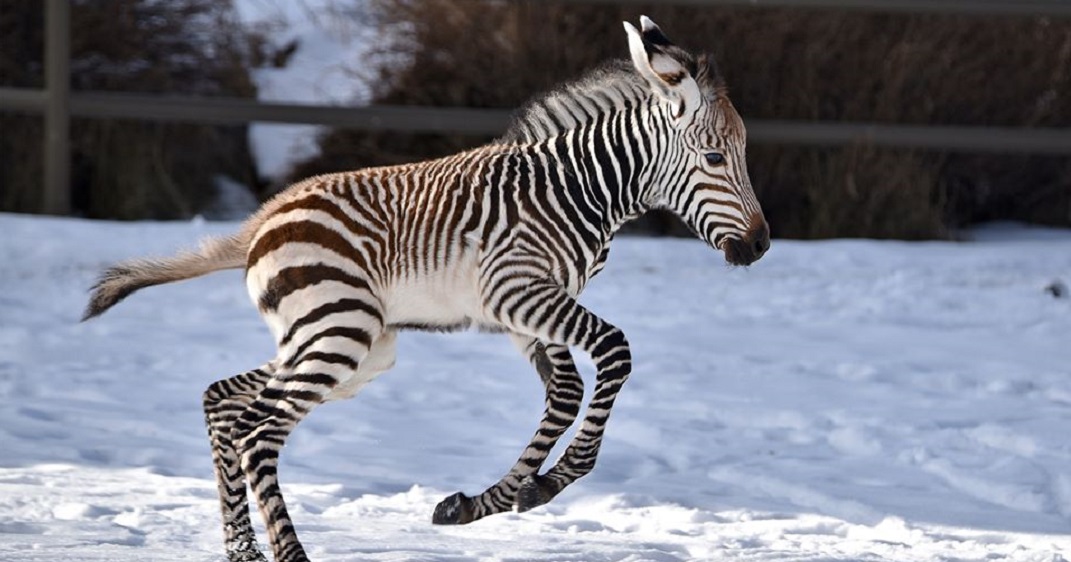 The Calgary Zoo has just welcomed a new resident.

Leba, a female zebra, gave birth to a healthy baby on December 1.

A December 3 Facebook post from the zoo shows the male foal bonding with his mother and running around the snow-covered African Savannah exhibit — which isn’t entirely out of the ordinary for the animals, as the Hartmann’s mountain zebras are native to the mountainous areas in southwest Africa.

Both animals may be spotted at the Calgary Zoo, though we’re sure that both are getting plenty of rest.

The baby zebra had not yet been named as of the December 3 post.

Here’s a look at the striped foal playing in the snow: