The Auburn Bay Angels are a group of neighbours working to help each other out.

In 2011, the founder of Auburn Bay Angels, Rachel Vanderveen, experienced an overwhelming amount of support from her fellow neighbours as she dealt with a family medical emergency. Vanderveen and her husband spent weeks switching between being at the hospital with their daughter and being home with their other children.

When the Vanderveens were finally able to leave the hospital and take their daughter home, they were relieved, but exhausted – a feeling many families can relate to. When they arrived home, they were shocked to find groceries in their fridge, along with meals for the week, and even a bottle of wine to enjoy. Their neighbour, Shannon, had arranged for it all by going around the neighbourhood and collecting food for them. 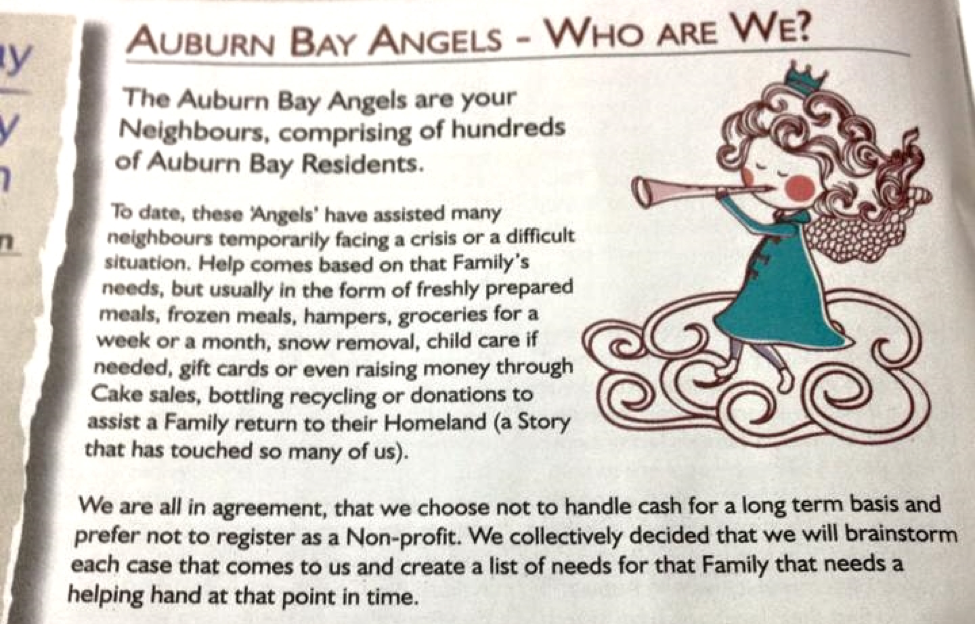 Vanderveen, who started the Auburn Bay Angels group in 2013, says “there is something special about community and knowing that people around you care and that you’re not alone.” The grassroots community’s motto is: Help your neighbour! Need a hand? Ask. Have a hand? Offer! “We’re a group within Auburn Bay that bands together to bring neighbourly love to people who are in short-term crisis.”

From the very beginning, the Auburn Bay Angels were well-received by the community. The first person the group decided to help was a young man who had a terminal disease and needed money to fly back to his home country of Ireland. He wanted to spend his last days there, there but didn’t have the means. The Auburn Bay Angels set up a fundraising campaign and raised over twenty thousand dollars in one weekend for him, which helped him return to Ireland and be able to support himself while there.

Recently, the Angels were contacted by a mother of three in the community who needed help. She had been in the hospital due to pregnancy bleeding and her oldest child was in another hospital with a kidney infection. She went into early labour and her newborn was admitted into the NICU. Because her husband owns his own business, having to be at the hospital so frequently took a major toll on the family and their finances. Because the mother had to go back and forth between the NICU and their home, she didn’t have time to grocery shop or make meals, and the family often resorted to eating toast for dinner. The Auburn Bay Angels came to the rescue, providing them with meals, arranging for childcare, and fundraising money to hold them over during this tough time. 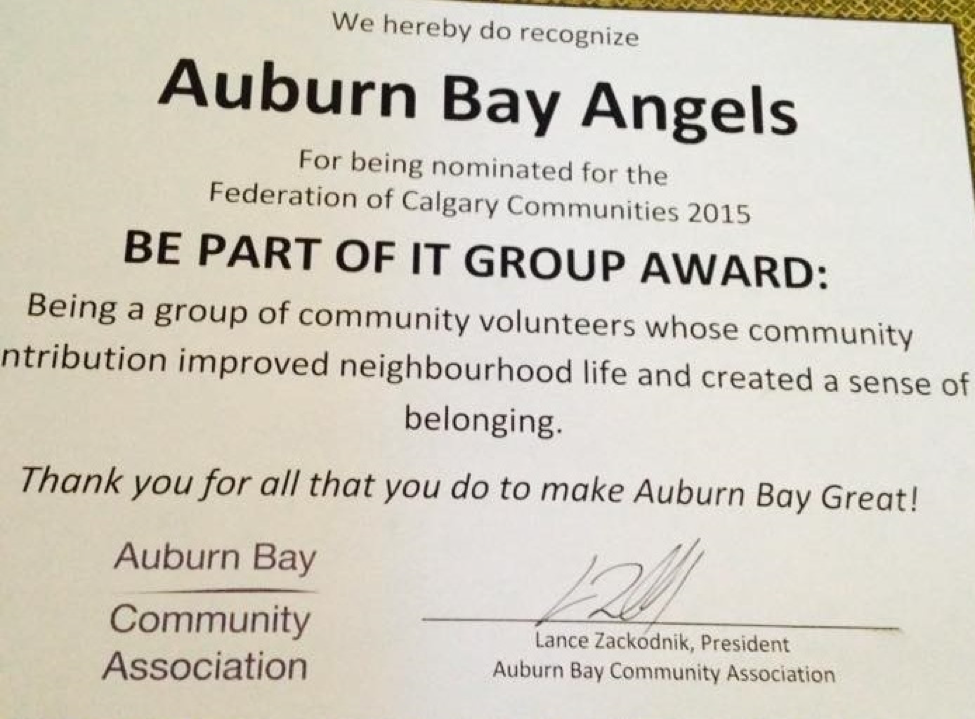 The community group sets up ‘New Mom Baskets’ for families bringing their children home for the first time. They also organize an annual fundraising bake sale. Last year they partnered up with local radio stations 101.5 Kool FM and 95.3 THE PEAK, to host a donations-only barbecue bake sale, as well as a yard sale to help people in the neighbourhood.
The Auburn Bay Angels run their group through their Facebook page and offer their assistance to residents within the boundaries of the Auburn Bay community. 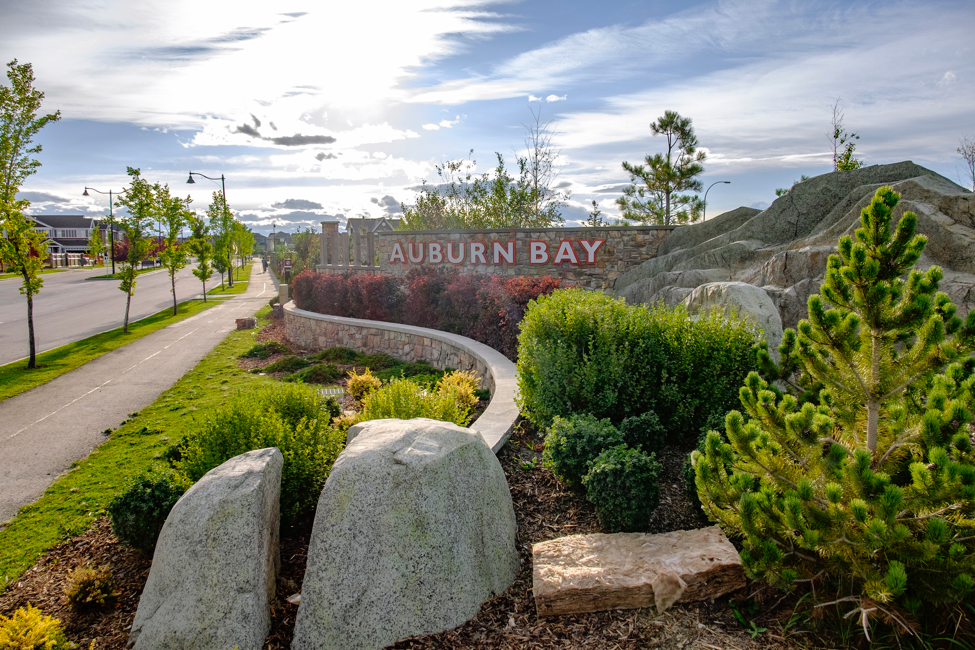