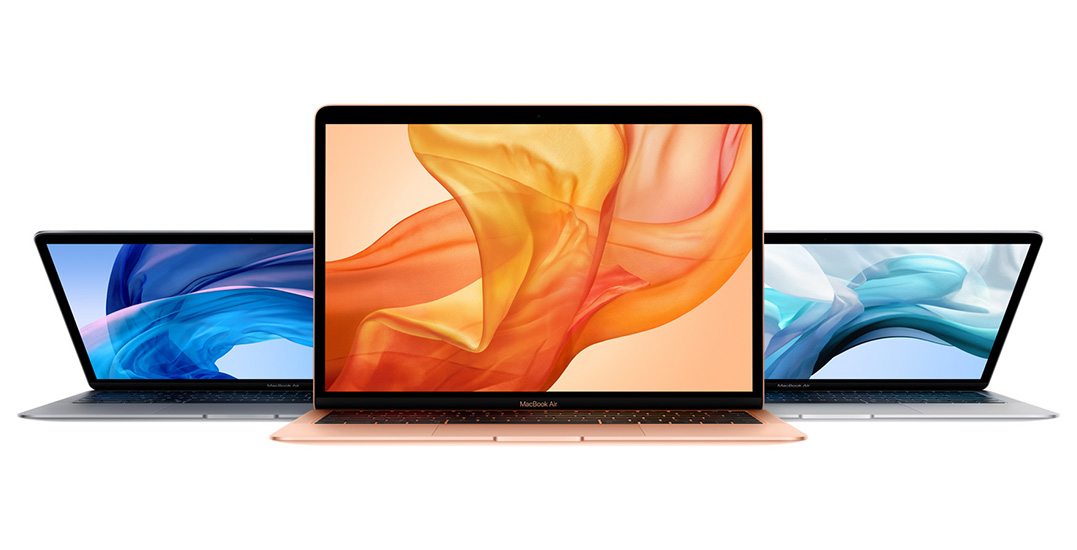 Less than two months ago, Apple released their latest wave of iPhones, showcasing the XS, XS Max, and XR.

Now, 10 years after the release of the first-ever MacBook Air, Apple has released their latest version of the lightweight notebook, as well as the new Mac Mini, iPad Pro, Apple Pencil, and Smart Keyboard Folio.

So without further ado, here’s a look at Apple’s latest wave of new products. 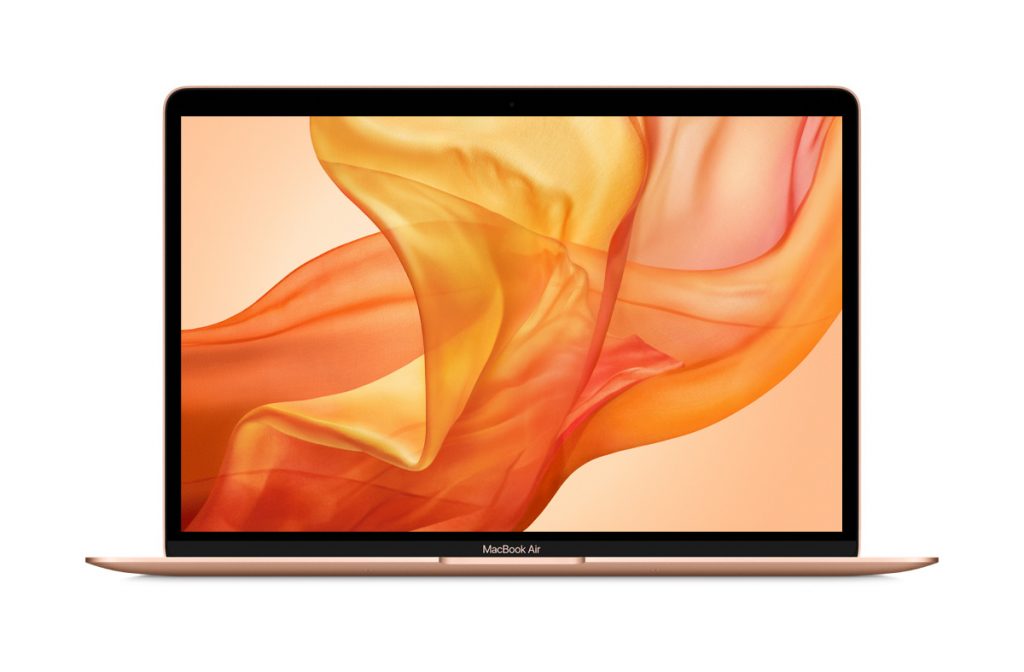 Also included is a Touch ID – a fingerprint sensor built right into the keyboard – as well as the Apple T2 security chip. 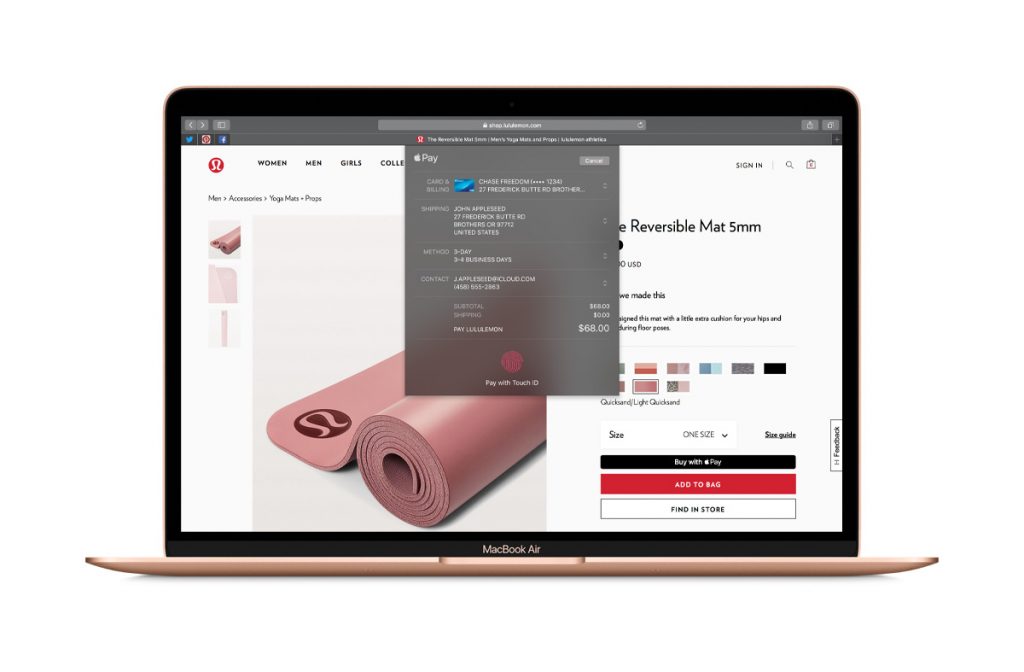 Taking a deeper look into the specs, both price points of the MacBook Air utilizes an 8th generation Intel Core i5 processor and Intel UHD graphics. 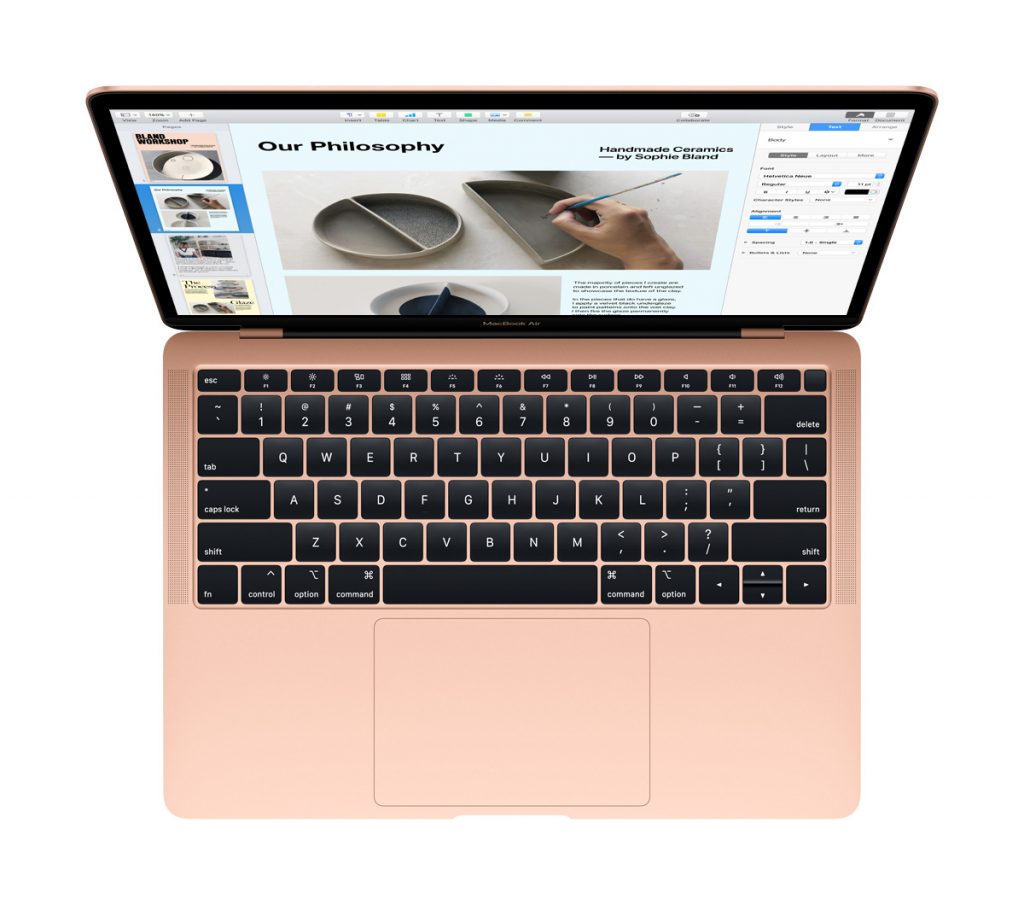 From a physical standpoint, the new models are made from an aluminum alloy that’s 100% made of recycled materials.

According to the company, the custom-designed alloy reduces the notebook’s carbon footprint by nearly 50Z%, making it the greenest Mac ever. 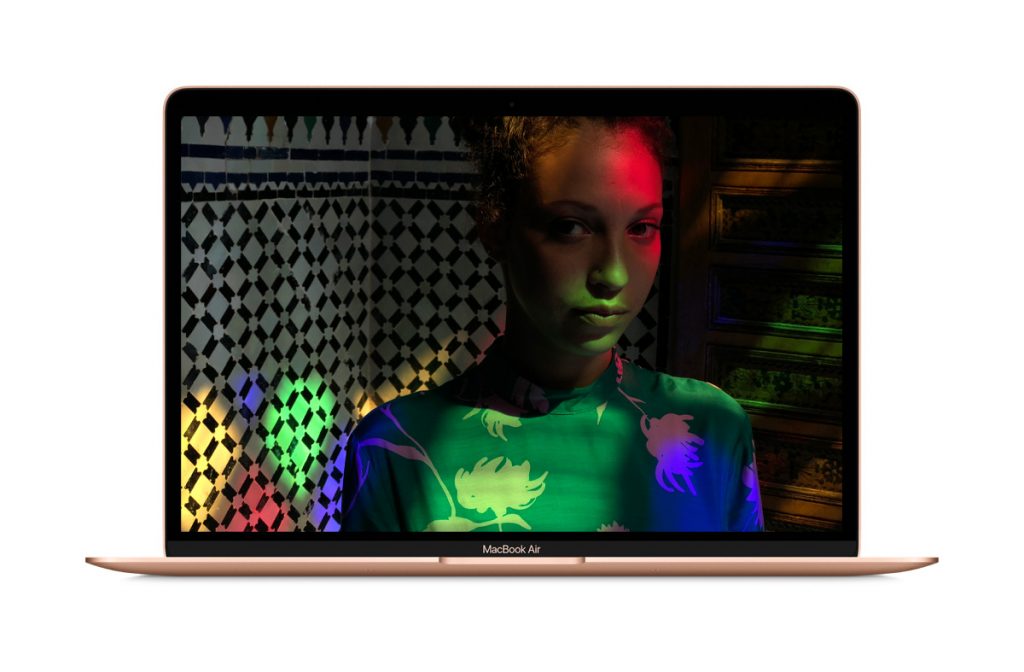 The MacBook Air can be pre-ordered online starting today and will be available in stores on Wednesday, November 7, 2018. 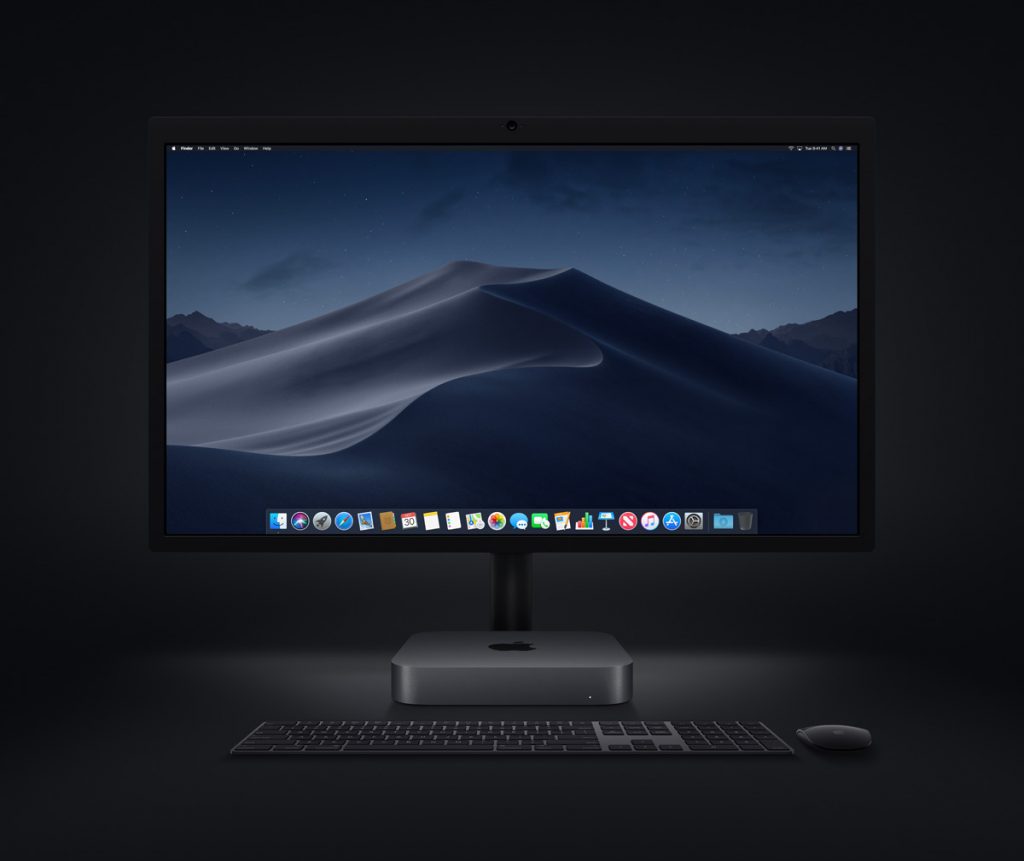 The Mac Mini is meant to pack a serious punch, albeit with an understated design.

The focus on this latest instalment was increased power and performance, without compromising size or user-friendliness.

An exterior look at the new Mac Mini

Both models will use an Intel UHD 630 graphics card, although the premium model will have double the storage – 256 GB, versus 128 GB.

According to the company, the new Mac Mini is also five times faster than previous generations. 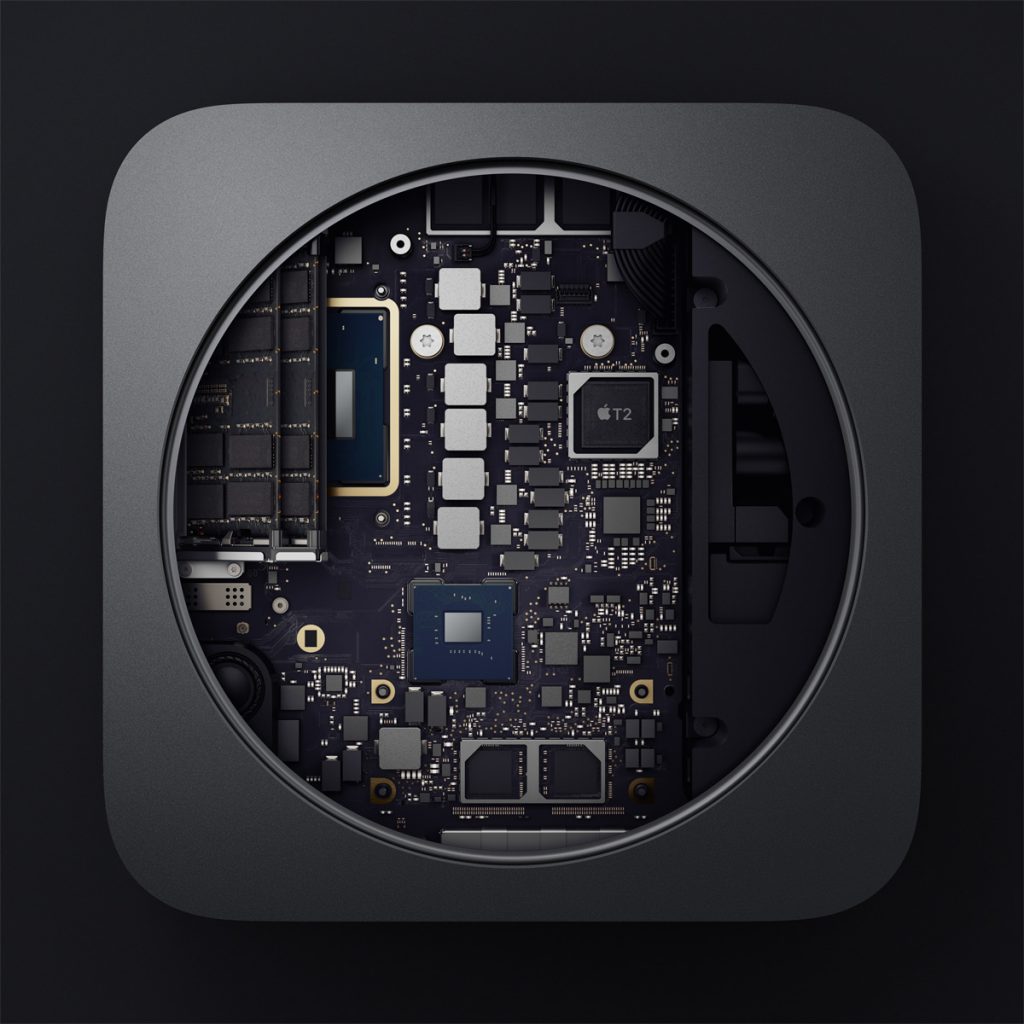 An overhead view of the Mac Mini’s interior

Other features include four Thunderbolt 3 ports, and HDMI 2.0 port, two USB ports, and for the first time, a 10 GB Ethernet option.

Similar to the MacBook Air, the Mac Mini’s new aluminum alloy is made from 100% recycled materials, again, reducing the products carbon footprint by nearly 50%. 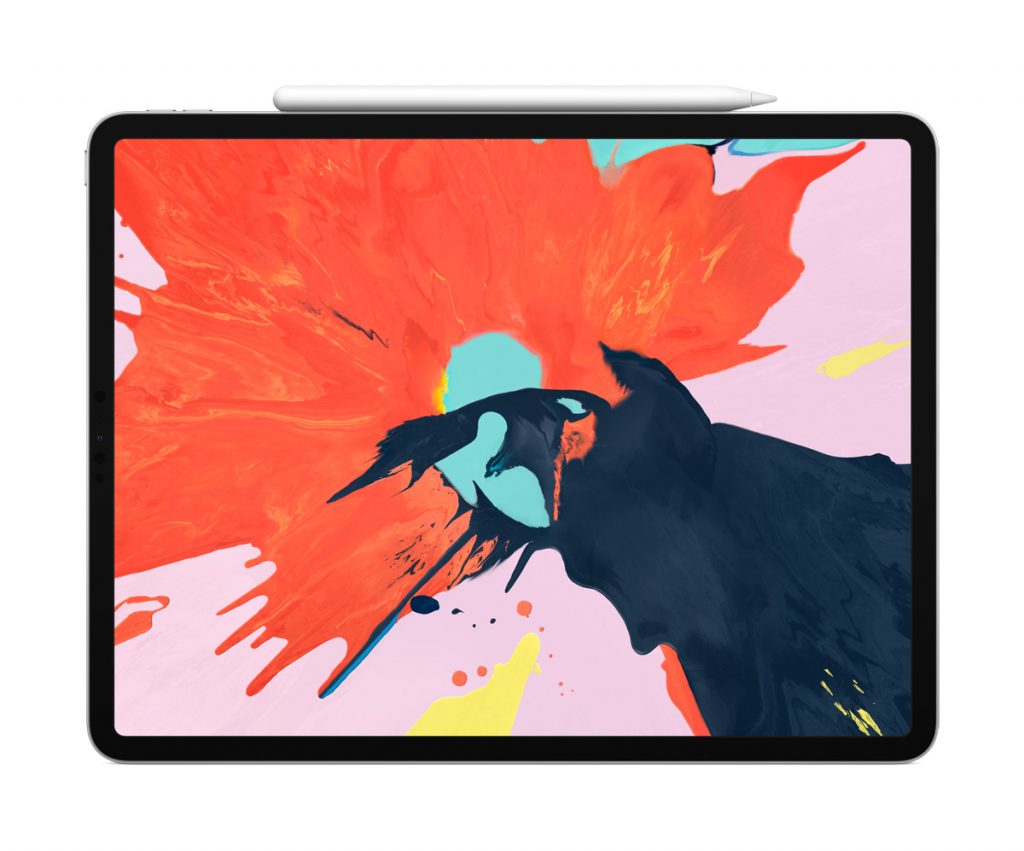 The new iPad Pro, alongside the new Apple Pencil

The biggest overhaul in this year’s edition the use of a liquid Retina display, available in an 11-inch and 12.9-inch screen.

Another major update is the use of the A12X Bionic chip, a welcome upgrade from the A10X Fusion of previous generations.

Like the iPhone, Apple has also decided to forego the home button on the iPad Pro, opting for the use of Face ID. 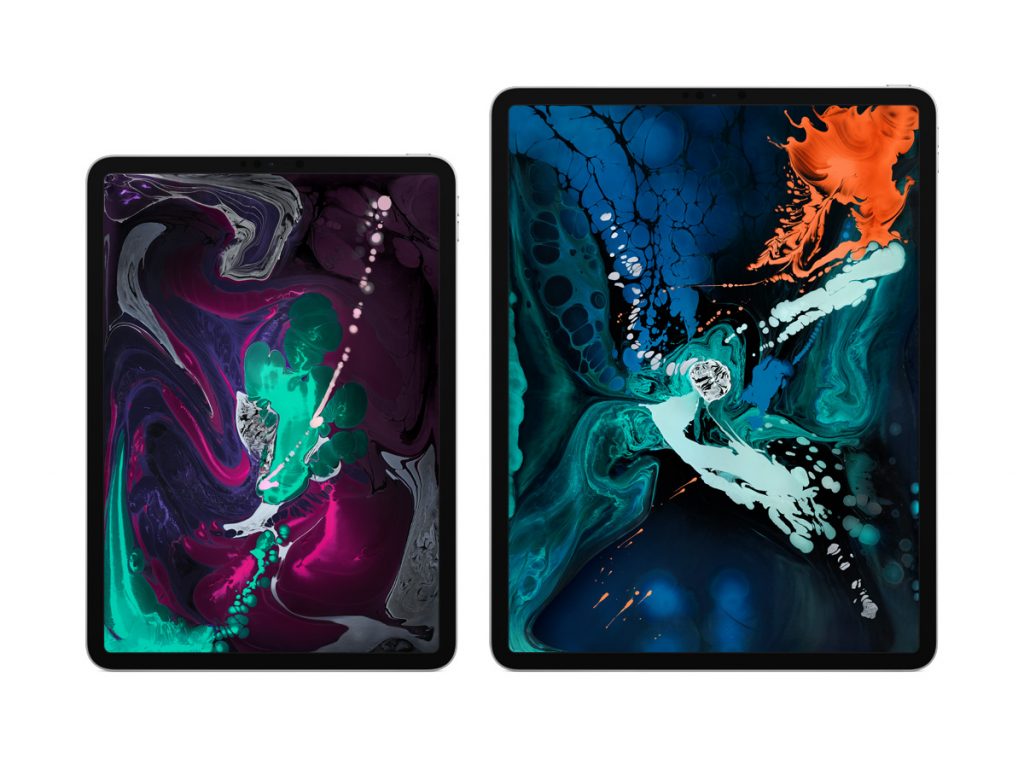 Unveiled hand-in-hand with the iPad Pro were the new Apple Pencil and Smart Keyboard Folio, meant to help users reach new levels of precision and productivity.

The Apple Pencil, pictured below, attaches to the iPad magnetically for pairing and wireless charging. 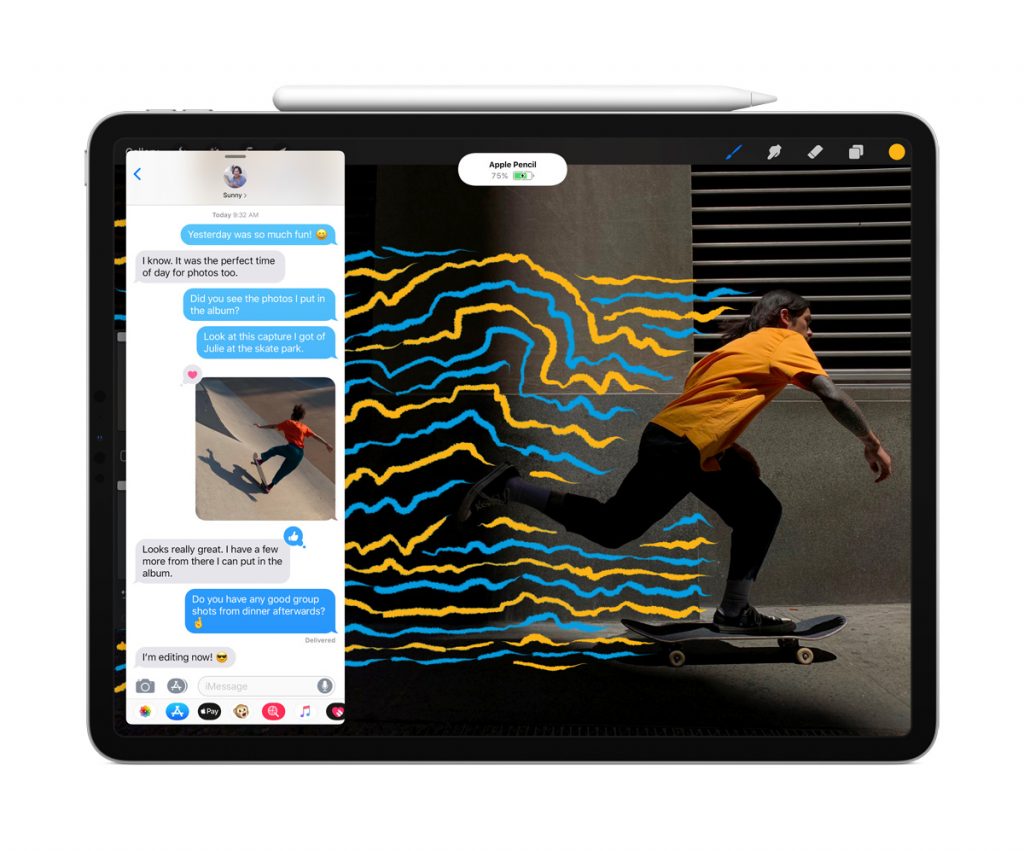 The Smart Keyboard is a full-sized keyboard that never needs to be charged or paired, while also protecting the front and back of the iPad. 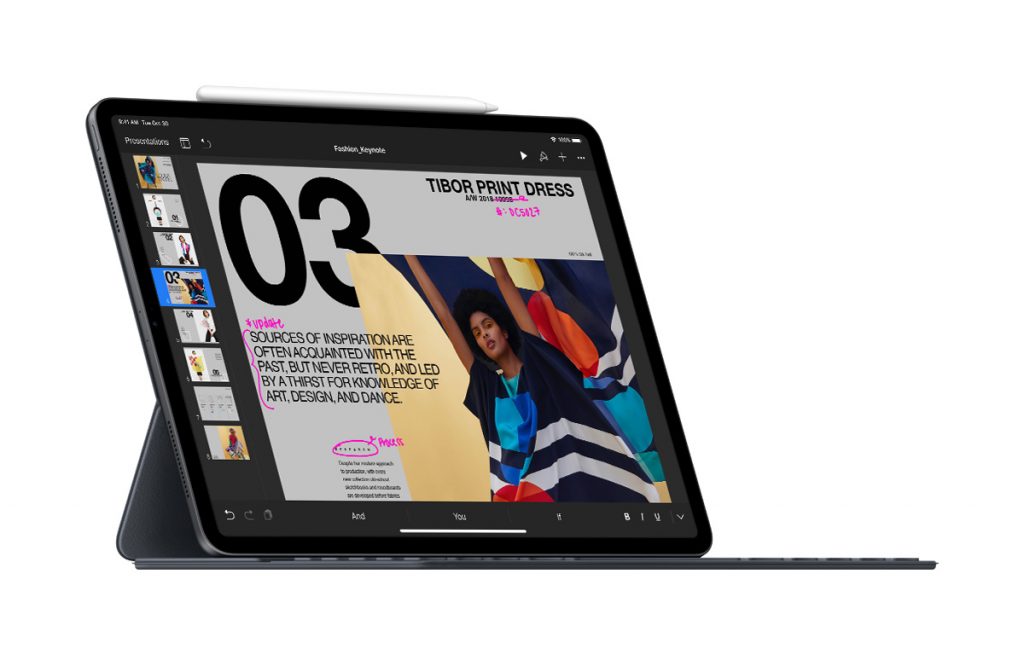 The second generation Apple Pencil will be available for $169. The Smart Keyboard Folio, which comes in space grey, can be purchased for $239 for the 11-inch and $269 for the 12.9-inch.

Both products can be pre-ordered on the website now and will be available for in-store purchase on Wednesday, November 7, 2018.