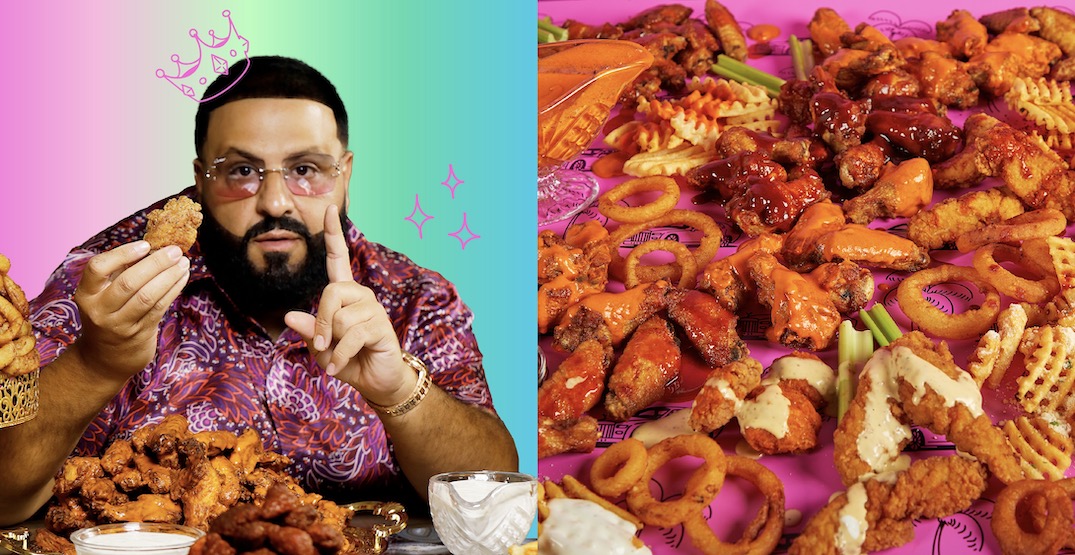 Courtesy of Another Wing

Looks like a certain someone is giving Drake and Dave’s Hot Chicken a run for their money in the battle of crispy-fried deliciousness.

DJ Khaled isn’t just a Grammy-winning artist and producer. He’s now one of the names behind a new chicken-focused fast-food chain opening locations worldwide, including Canada.

REEF, the world’s largest operator of virtual restaurants, has teamed up with Khaled to launch “Another Wing,” a new chain of wing restaurants opening in three continents and five countries, with over 150 locations.

“Everything I do is big,” said DJ Khaled.

“My team and I are focused on launching new partnerships, new ideas, and spreading love to my fans all around the world. Partnering with REEF for this launch is another new exciting venture which allows me to introduce some amazing wings to everyone, everywhere.”

Another Wing’s menu features bone-in and boneless wings in seven signature flavours like Un Un Un Believable Buffalo, Don’t Quit Nashville Hot, You Loyal! Lemon Pepper, Honey! Honey! Hot Honey Siracha, and the signature They Don’t Want You To Win TRUFFALO, which are made with a combination of black truffles, parmesan, and buffalo sauce.

As for sides, customers can choose from Spicy Togarashi Fries, Jalapeno Cheese Fries, Truffle Parm Fries, and Onion Rings. Finish your meal off with an order of their fresh-baked Chocolate Chip Cookies.

Wing lovers can order individual items or choose from combos like the All I Do is Wing or Major Key Meal, a 10- or 24-piece option with two sauce flavours, sides, drinks, and dessert.

“By launching on three continents and 165 locations at the same time, REEF is sharing with the world how brands can use our platform to scale with unprecedented speed and minimal capital investment. At REEF, we are truly connecting the world to your block.”

Another Wing is now available in select cities across Canada, including Calgary.

You can order it via Uber Eats.