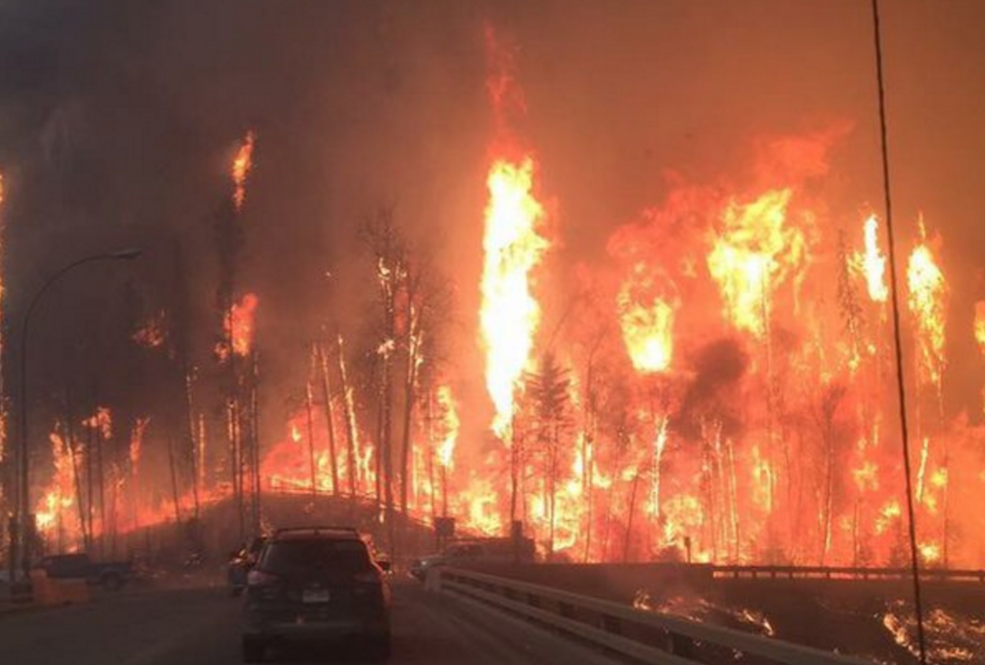 As the dry hot weather continues, wildfires rage on and engulf the city of Fort McMurray.

This is the largest fire-related evacuation in Alberta’s history.

On social media, residents have been documenting the devastation.

Heartbreaking to see the people of my hometown fleeing the fire – keep #YYM in your thoughts & prayers https://t.co/k6u8Yfson9

A pic of what trying to leave Fort McMurray looks like right now pic.twitter.com/ESE7bzPkx1 — chester (@ccccrystal__) May 4, 2016

All of Fort McMurray is now under a mandatory evacuation – head north to Noralta. #ymmfire https://t.co/D6qjTxZJJf — Rachel Notley (@RachelNotley) May 4, 2016

Headed north to safety but this was Abasand hill at 3:45pm when we got out #ymmfire #ymm pic.twitter.com/xqxRNXfJFu — Cheryl MacAulay (@cherylfortmac) May 3, 2016

The smoke is moving very fast. It’s really dark where we are #ymm #ymmfire pic.twitter.com/UUiVWJrV9K — BreannaKarstensSmith (@BreannaCTV) May 3, 2016