Albertans need to get better at parking, according to a new poll on bad drivers from Insights West.

The province lead the pack when it comes to people who take up two or more parking spots – 75% of Albertans say they’ve witnessed this, compared to 61% of Canadians nationally.

Additionally, 76% of Albertans have witnessed someone turning without a signal, and nearly half say they’ve seen a driver blow through an intersection without stopping.

Here’s how Alberta compares to the rest of Canada: 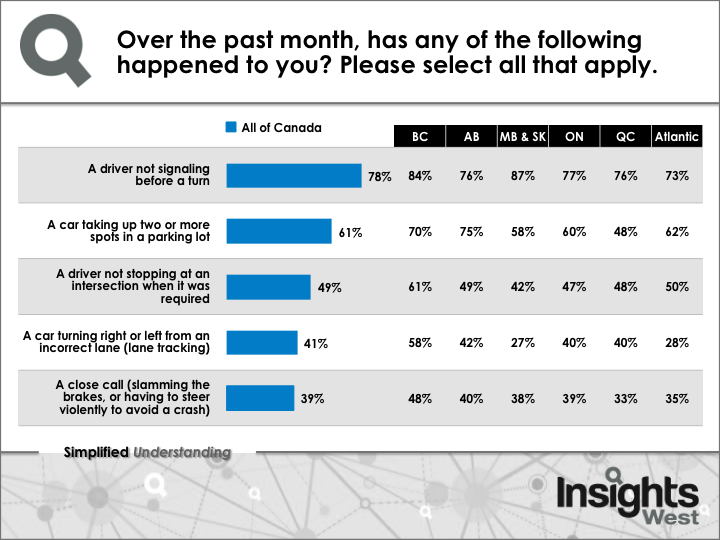 Alberta, however, has nothing on our neighbours to the west. Around 58% of B.C. residents say they’ve witnessed someone turning right or left from the wrong lane, compared to 41% of people nationally. Beyond that, nearly half say they’ve had to brake sharply or steer violently in order to avoid a crash, and another 61% say they’ve seen a driver fail to stop at an intersection.