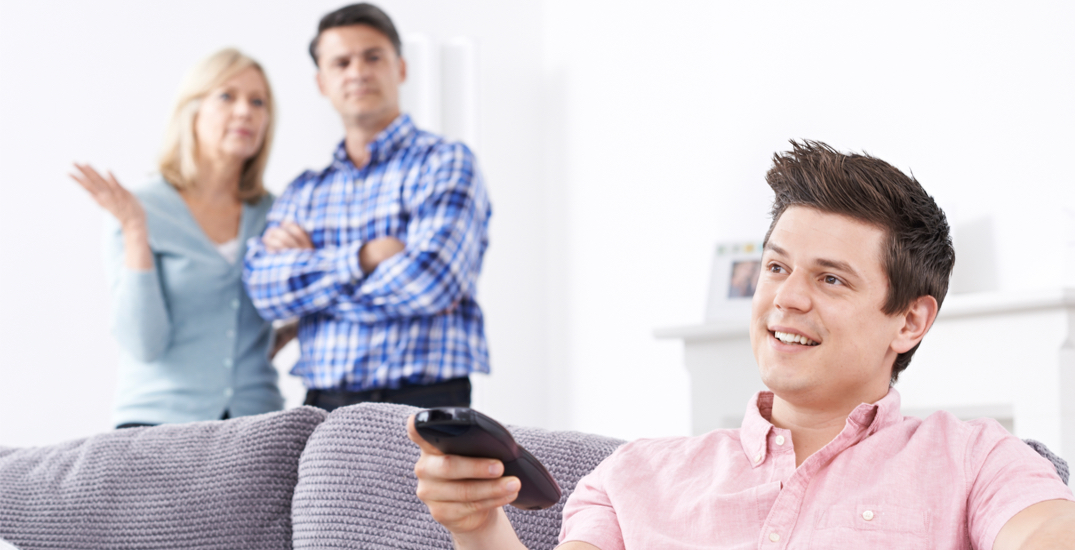 New results from the 2021 Census revealed that Alberta leads Canada when it comes to young adults living with their parents.

From 2016 to 2021, the largest growth in the proportion of young adults living with at least one parent was recorded in several large urban centres located in Alberta: Red Deer (+7 percentage points), Calgary (+5), and Edmonton (+4).

However, the prevalence remained highest in Ontario’s large urban centres, particularly Oshawa, where nearly half (49%) of young adults lived with their parents in 2021.

Statistics Canada says among the provinces and territories, Alberta experienced the largest decline in economic activity in the first year of the pandemic mainly as a result of lower energy prices. In the face of job loss, fewer job opportunities or fewer hours worked, some young adults may have chosen to stay in the parental home or move back in with their parents for a period of time. 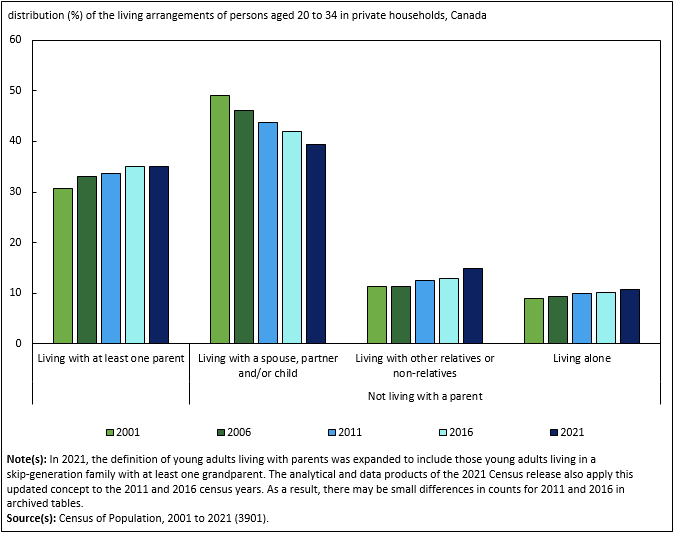 In 2021, an additional 15% of individuals in their 20s and early 30s lived with roommates—that is, with extended relatives or other non-related people. This was the fastest-growing living arrangement for this age group from 2016 to 2021.

More information regarding the living arrangements of Canadians can be found here.