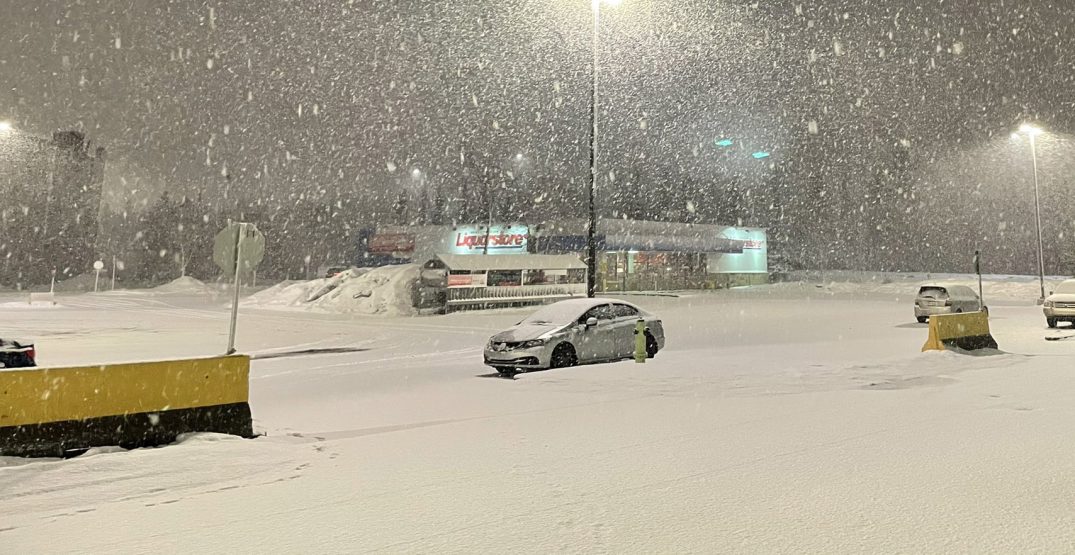 After being treated to mild weather throughout the day, Calgarians were surprised by the sudden onset of rain and hail shortly after 9 pm on Monday.

The hail was followed by thunder and lightning and soon turned into snow. This phenomenon, often referred to as “thundersnow,” moved quickly across southern Alberta; however, Calgary may get another 1 to 3 cm of snow today.

#abstorm brief pea to dime sized graupel at glenmore landing, some of the biggest graupel I’ve ever seen! pic.twitter.com/9U6X3R9VjE

The thundersnow storm didn’t last long, but the heavy and quickly accumulating snow created some near-whiteout conditions in the Calgary area, making travel a little treacherous, before carrying on across southern Saskatchewan early Tuesday morning.

Temperatures will hover around 0°C for much of the week, although Friday and Saturday will bring some snow into the city, with as much as 5 cm forecast for Friday. 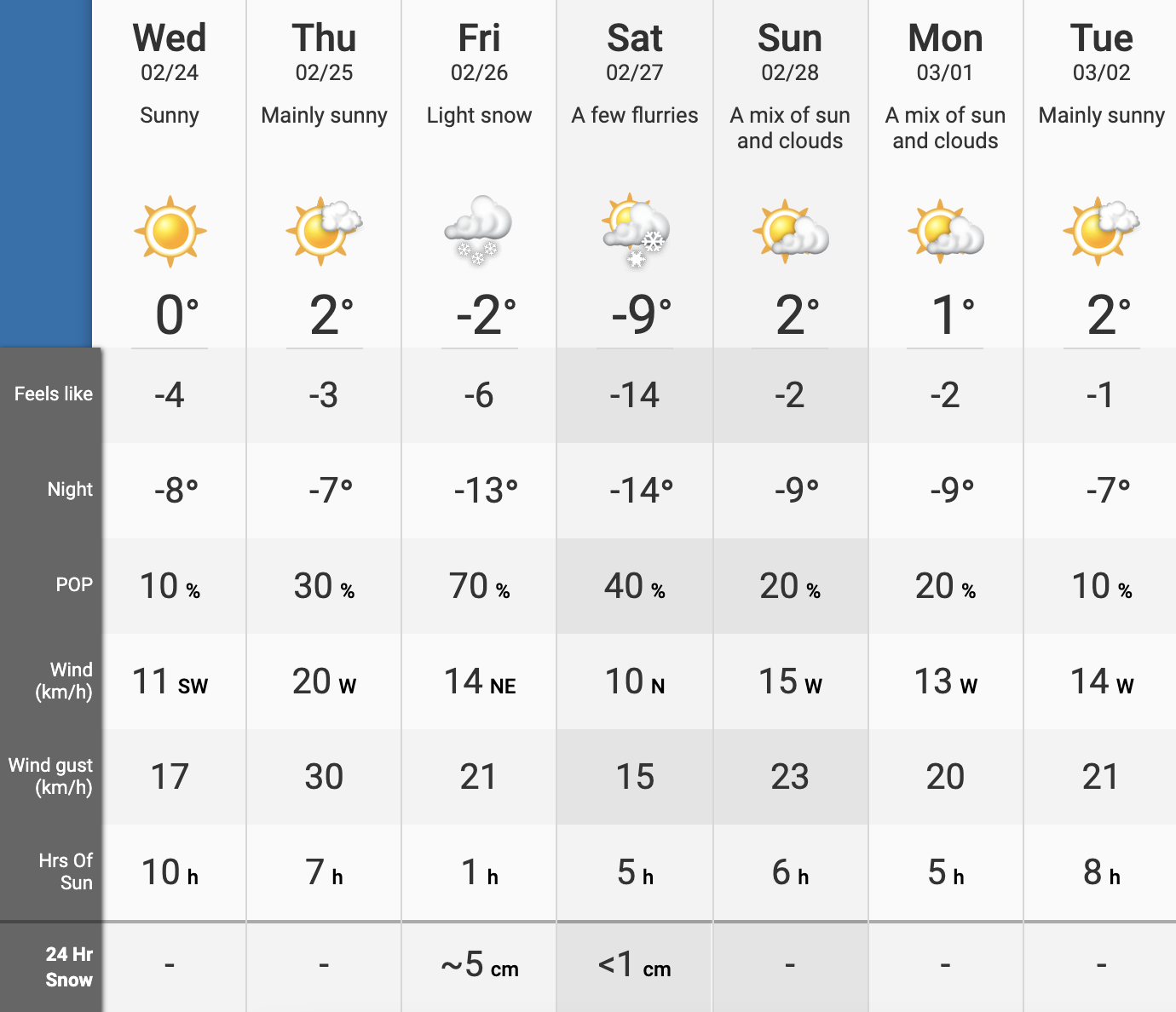 Expect a high of -9°C on Saturday (which, when you think about it, really isn’t that cold for February) before things warm back up moving into next week.

If this trend continues, we may get lucky with some early spring weather in March.