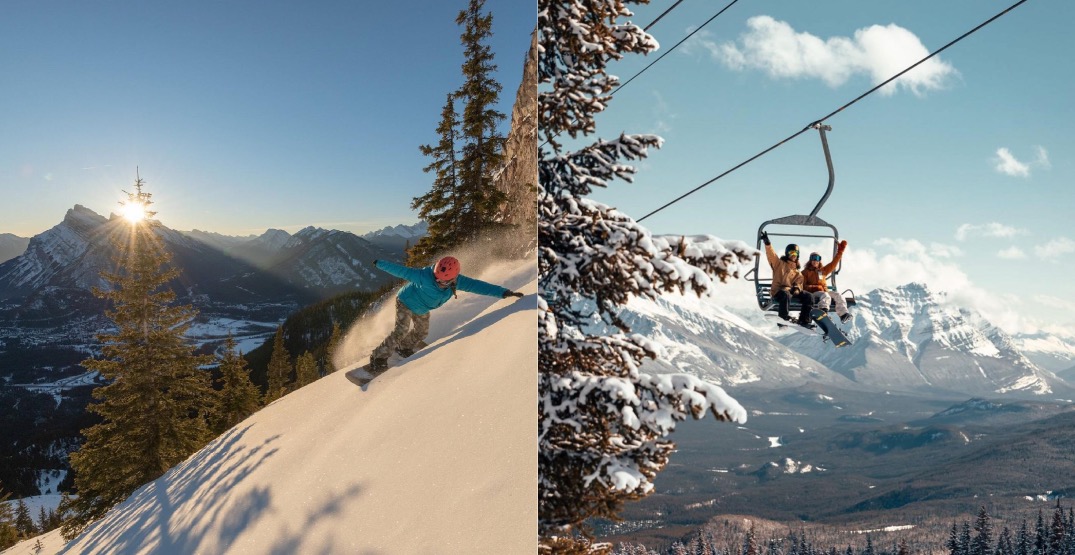 Oh Alberta, it’s time to hit the slopes! Two ski destinations in the province have been named some of the best in the world to hit up.

If you live in western Canada and ski or snowboard, you probably have already guessed the spots– yes, Banff and Jasper have been ranked as the top spots to ski on the planet, according to Trip Advisors Travellers’ Choice 2022.

This ranking just solidifies why some spots in Alberta have been named top destinations for outdoor enthusiasts, too.

So, let’s dive in on why exactly Trip Advisor has bestowed Banff and Jasper as some of the best of the best.

Landing at #3 on their ranking of the top 20, Banff’s impressive showing is in part due to it’s dazzling natural setting, with soaring mountains, jewel-coloured lakes and pristine wilderness.

“The irresistible beauty of the landscape invites travellers to immerse themselves in the outdoors all year round — whether hiking through untouched forests and paddling the turquoise lakes in summertime, or skiing the slopes and soaking in the steamy hot springs during the winter,” the site adds. “Travellers also enjoy the warm hospitality of Banff or Lake Louise, the region’s charming mountain townships.”

Spectacular spots to hit the slopes include Lake Louise, Mt. Norquay and Banff Sunshine. Check out those three spots here.

Other highlights and must-sees around Banff include the Johnston Canyon Icewalk, Banff Gondola and Tunnel Mountain Trail.

Coming in at #7 is Jasper, which much like Banff to its south has an abundance of wilderness to explore and enjoy.

“Escape the urban bustle and make Jasper your home base for exploring Canada’s extraordinary wilderness,” the site adds. “As a mountain town, it’s low-key and unpretentious with good food and drink; as a destination, it’s an outdoor sports lover’s playground, with hiking and golfing in summer and skiing and dog sledding in winter.”

One of the best spots to hit the slopes in Jasper is Marmot Basin.

The list of the 10 best ski destinations on the planet, according to Trip Advisor, is as follows: