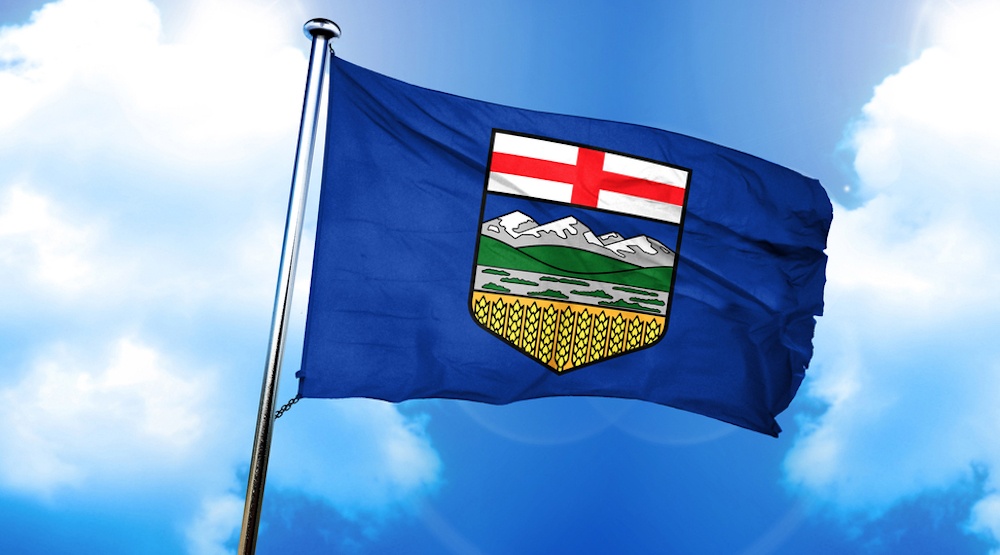 We’re still little more than an hour away from polls closing in Alberta, but that’s not going to stop the country from making a prediction as to how the 2019 federal election will turn out.

Based on the most recent opinion polls, electoral history, and demographic data, the website 338 Canada has compiled some statistics heading into the 43rd Canadian General Election.

Quick disclaimer: These are NOT the results of tonight’s election, this is merely what 338Canada.com is projecting may happen before any results came in.

Looking at Alberta on the website, it appears that the traditionally conservative-leaning province will remain mostly blue come October 22, with 60% of the provincial vote believed to go towards the Conservative Party of Canada.

The Liberal Party and the NDP were basically tied in Alberta according to 338 Canada at 16% and 15% respectively, while the Green Party of Canada and the People’s Party of Canada both saw 4% expected.

As with the all provinces other than Quebec, the Bloc Quebecois were projected to receive 0% of the vote. They’re expected to pick up 30% in Quebec, however.

For Canada as a whole, the Liberals and Conservatives were neck and neck at 32.2% and 31.6%, respectively, while the NDP was sitting in third at 18%. 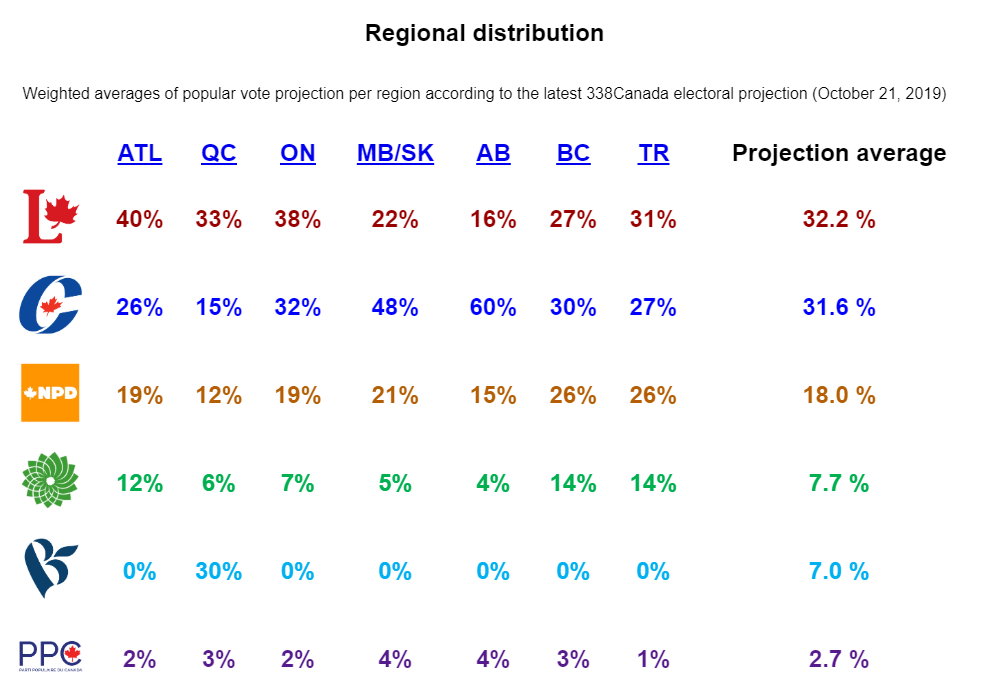 But overall vote percentage isn’t the way seats are dispersed in Canada’s First-Past-The-Post system, so 338 Canada also put forward predictions for where those 338 seats would end up.

The Liberal Party of Canada, which saw just four seats claimed back in 2015, is projected to land just 0.1 seats, sitting behind even the NDP who 338 Canada estimated would take 0.7 seats.

Unsurprisingly, the overwhelming majority of Alberta’s seats are expected to go to the Conservative Party of Canada, with 33.3 of the province’s 34 seats projected to go blue. 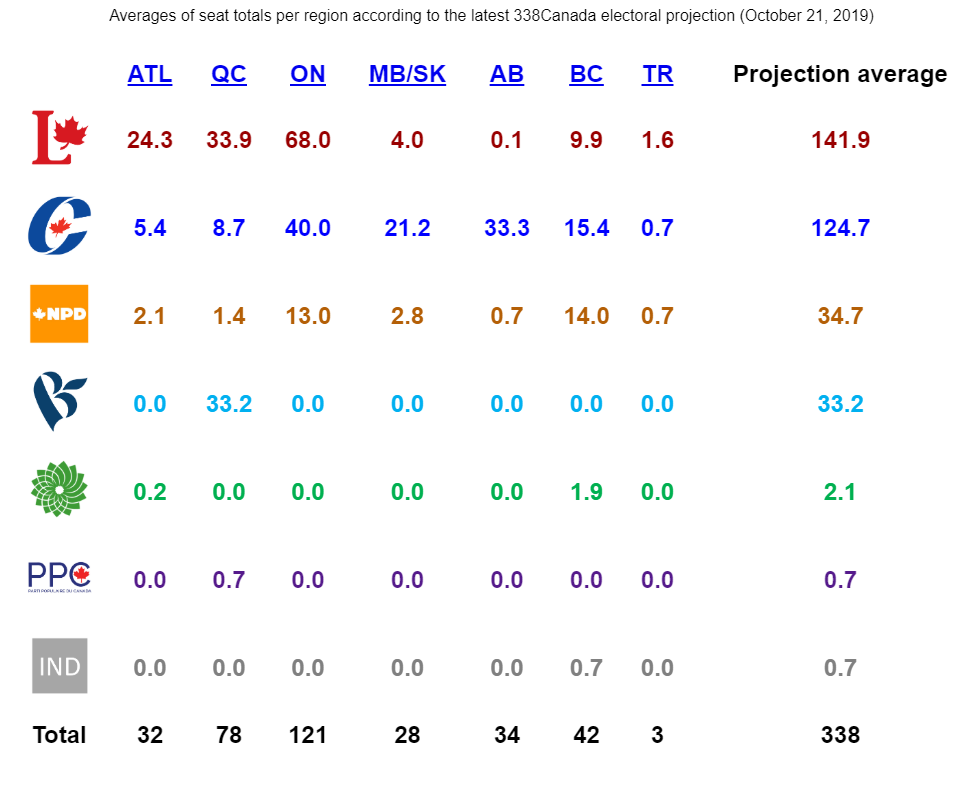 For Canada as a whole, the Liberals are expected to come out with a minority government of 141.9 seats, while the Conservatives are projected to take 124.7 — an increase of nearly 30 seats compared to 2015.

Federal election polls close at 7:30 pm MST in Alberta. If you haven’t voted yet, here’s how.