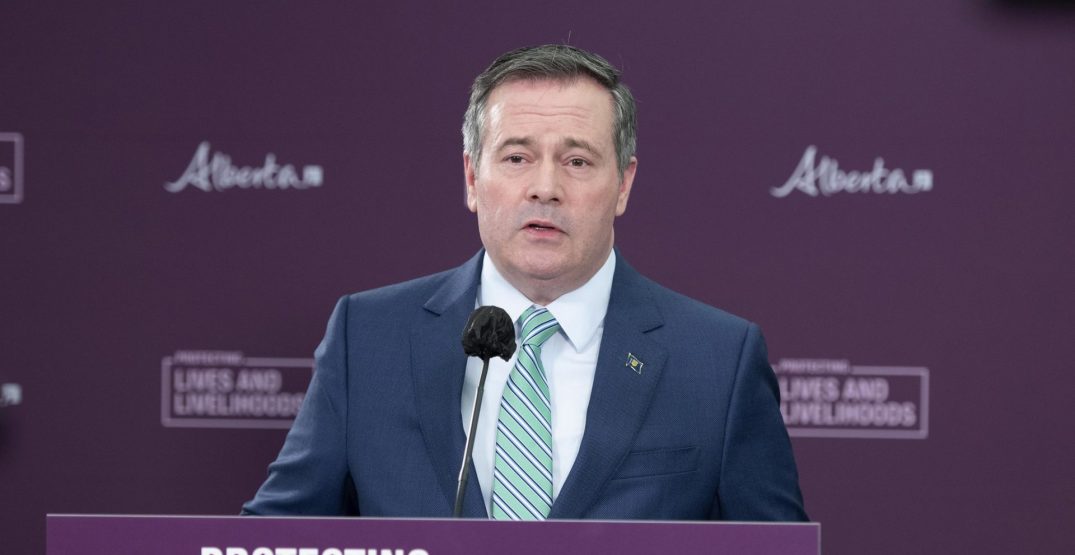 Alberta will be introducing new measures for international travellers coming into the province, as the Omicron COVID-19 variant looms.

Premier Jason Kenney made the comments at a scheduled COVID-19 update Monday afternoon.

Kenney acknowledged that 156 international travellers have been identified who have returned within the past two weeks from one of the countries identified in Canada’s enhanced border measures, and were contacted over the weekend on current health protocols.

Those households have also been offered rapid testing kits as well as PCR tests.

As a precaution, Kenney added that the following measures will be implemented for all COVID-19 cases identified in returning international travellers in Alberta:

Kenney added that for all confirmed Omicron cases in people who did not travel, all close contacts will be investigated and asked about symptoms 14 days following exposure, and anyone with symptoms will be treated as a probable case.

“While this news is frustrating, we have reason to believe that we can overcome the challenges ahead,” said Kenney.

The country’s first confirmed case of the Omicron variant was in Ottawa over the weekend after the traveller returned from Nigeria and tested positive at Montreal’s Trudeau Airport.

“At this time, there are no confirmed Omicron cases in Alberta,” said Alberta’s chief medical officer of health Dr. Deena Hinshaw.”We are taking these interim measures to try and prevent spread as early as possible. It is very likely Omicron will eventually reach our province.”

Hinshaw added that these new measures will be reviewed in a few weeks.