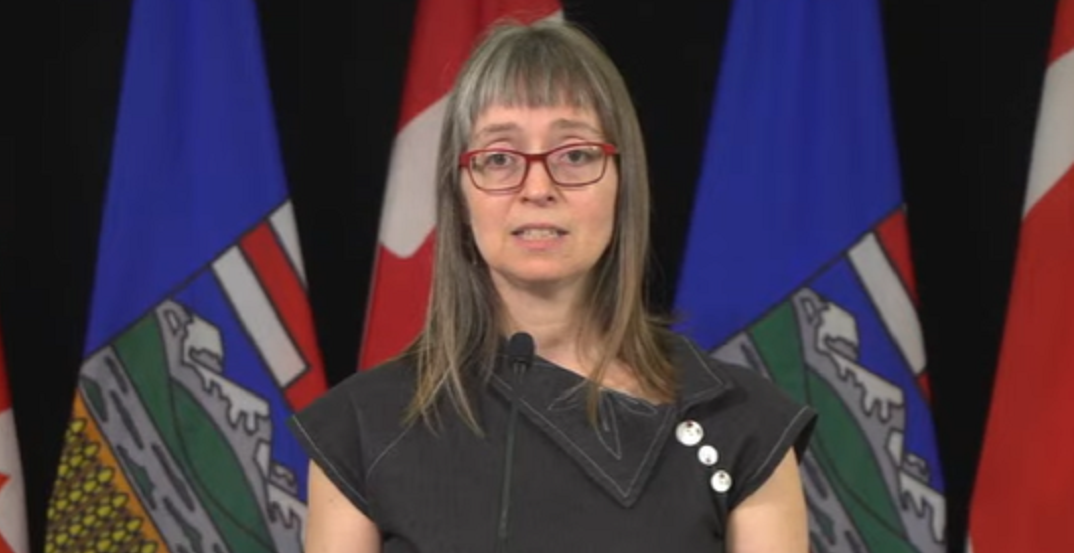 In a Wednesday press conference, Alberta Chief Medical Officer of Health Dr. Deena Hinshaw said the province has seen 62 new known cases of COVID-19 in the past 24 hours.

This brings the province’s known total to 6,407.

She noted that there has no new deaths in the province related to coronavirus.

Hinshaw spoke shortly after Alberta Premier Jason Kenney announced that Stage 1 of the province’s Relaunch Strategy would be going ahead, with the exception of in Brooks and Calgary, which will be seeing a slower approach.

Hinshaw also noted that there are currently 70 cases in hospital, and 11 in ICU.

Today’s 62 new cases were detected as a result of 4,072 tests being carried out over the past 24 hours.

A new outbreak was also announced for the Horizon work camp, which has seen five cases of coronavirus, the threshold for an outbreak being declared.

Health officials are offering testing for all employees of the work camp, even for those who are asymptomatic.