ATB Financial has released its latest Alberta Economic Outlook, and it shows the province moving further away from the recession of 2016.

There are some areas where the economy still struggles, however, most notably in the oil and gas industries. The price of oil has increased in the US this past year, a change that has not been replicated in western Canada.

According to the report, the benchmark price for heavy oil produced in Alberta has hovered around $37 per barrel in 2018, while the price of West Texas Intermediate crude oil from the US has increased to roughly $64 per barrel. 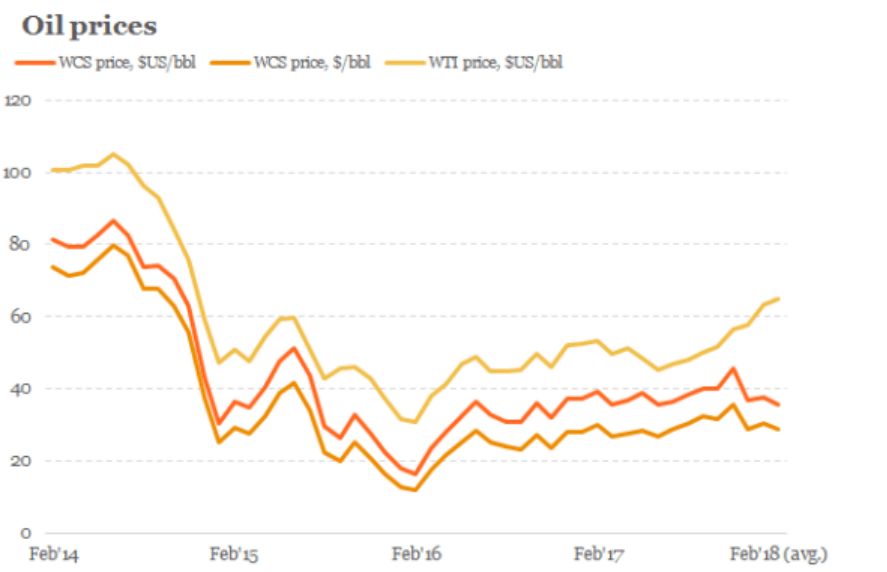 This differential has been caused, in part, by Alberta’s inability to get enough of the resource out of the province.

“North American benchmark oil prices have increased, yet Western Canadian prices have barely budged due to pipeline capacity constraints to US markets,” the report states.

Another area where Alberta can still improve is in its unemployment rate, which the Alberta Economic Outlook states is still too high. Even so, that rate has decreased from 2017, dropping from an average of 7.9% to an expected 6.8% for 2018. By 2019, the rate is expected to come all the way down to 6.4%.

With these economical improvements also comes more people to the province, as more Canadians are choosing to move to Alberta than the number of those leaving it. While the official statistics have not yet been released from Statistics Canada, the ATB report estimates that Alberta lost 7,000 people in 2017, but will gain 2,000 in 2018. 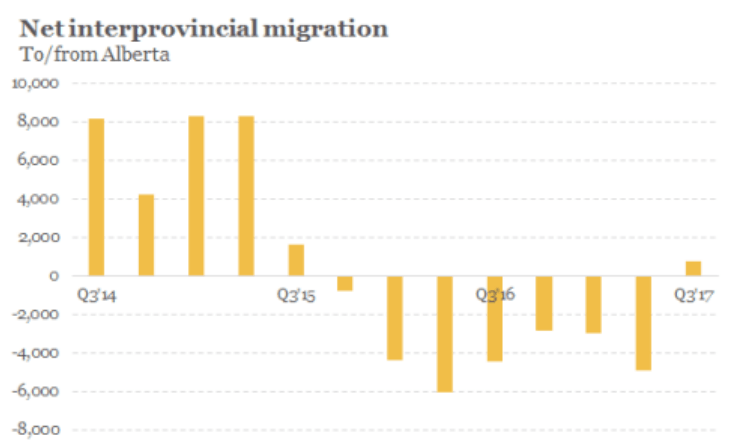 ATB Financial releases four of these Economic Outlook reports each year, and you can view this month’s full report here.