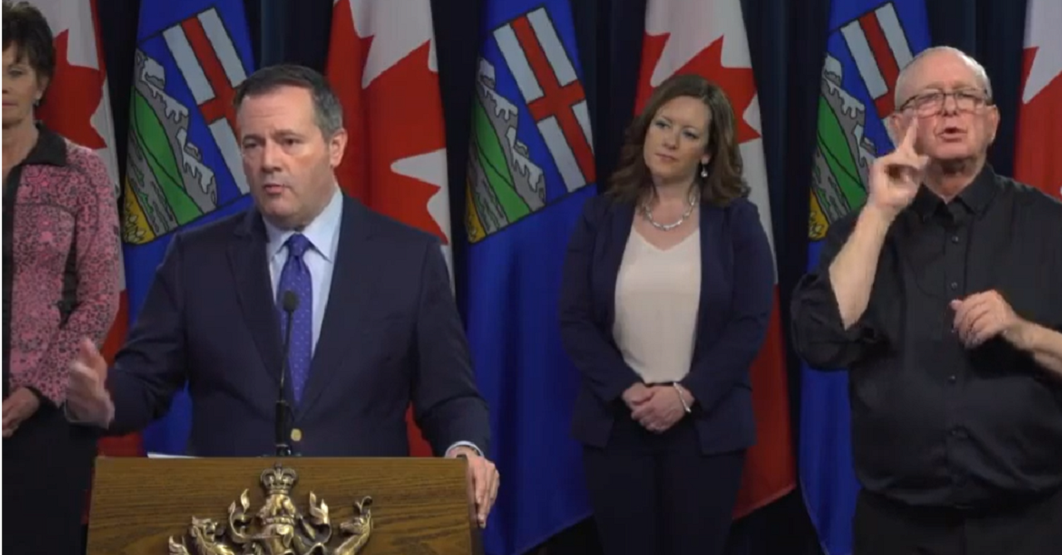 Jason Kenney spoke at a press conference on Friday to provide Albertans with an update on what the provincial government is doing to lessen the repercussions of COVID-19 on the economy.

The province has created an Economic Recovery Council, which will provide insight on how to protect jobs during what is expected to be a blow to Alberta’s economy that will likely be felt for years to come.

“This is the most significant and disruptive economic downturn in generations. It will get worse before it gets better. The Government of Alberta will do everything in its power to protect jobs and job creators,” Kenney said.

“The council announced today, chaired by Dr. Jack Mintz, will provide advice and policy recommendations on how best to confront this unprecedented economic crisis, and recover from it in the long term. This will include strategies to accelerate economic diversification.”

“This will be, I believe, the most challenging time in our economy for several decades,” Kenney said.

“So given the depth of those challenges, it is essential that we begin developing strategies for a long-term recovery.”

Kenney also announced that the province will be funding the Alberta Energy Regulator levy for the next six months, which will translate to $113 million in industry relief, according to a release.

$100 million will be extended to the Orphan Well Association as well in efforts to increase reclamation efforts to decommission around 1,000 wells and start over 1,000 environmental assessments, which will create up to 500 jobs, the release states.

“In order to keep Albertans employed, our government is taking immediate action to help our energy sector get through these difficult times,” said Alberta’s Minister of Energy Sonya Savage in the release.

“By providing industry with more options, in the short-term they are able to maintain operations and protect jobs.”