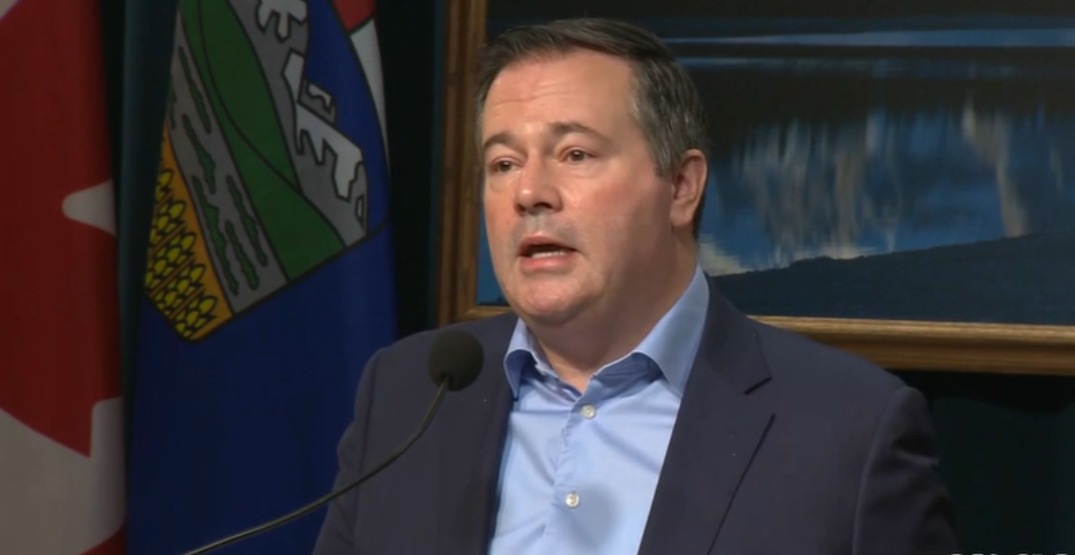 The Premier of Alberta has announced that the province will run out of COVID-19 vaccines by January 19.

At a press conference on January 18, Jason Kenney said that by early Tuesday morning, there will be no more vaccine doses in storage in the province that will be used as first doses.

“Due to the unexpected supply disruption the federal government announced last week, Alberta will have no more vaccine doses available to administer as first doses by the end of today or early tomorrow,” Kenney said.

He added, “we have, quite simply, run out of supply.”

Available doses have been allocated to ensure that Albertans who have already received the first dose of the vaccine will be able to get their second dose within the manufacturer’s timeframe.

Kenney said he was “deeply disappointed” by the shortage, which is caused by Pfizer’s vaccine shipping delay.

The situation adds to the province’s frustration, the premier said and means that his government will have to “significantly” slow down its vaccination plan.

Alberta currently has the capacity to deliver 50,000 vaccine doses per week. In March, that number is expected to grow to 200,000. However, Kenney said, the province does not have the vaccine supply to match that capacity.

The shortage means that the planned vaccination of First Nations and Métis individuals over the age of 65, as well as seniors over age 75, has been put on hold.

“As I have stated several times since our vaccine rollout started, our ability to get [the] needed vaccine in the arms of Albertans is limited by the number of vaccine doses we have on hand,” Kenney said.

“I want to assure Albertans that despite this setback, we remain in position to immediately ramp-up and get back to record vaccination numbers once sufficient doses are delivered.”

On January 15, federal health officials announced that the company would be temporarily delaying its shipment of vaccines to Canada.

The delay, which is caused by the company expanding its European manufacturing facility, is expected to impact Canada for four weeks.