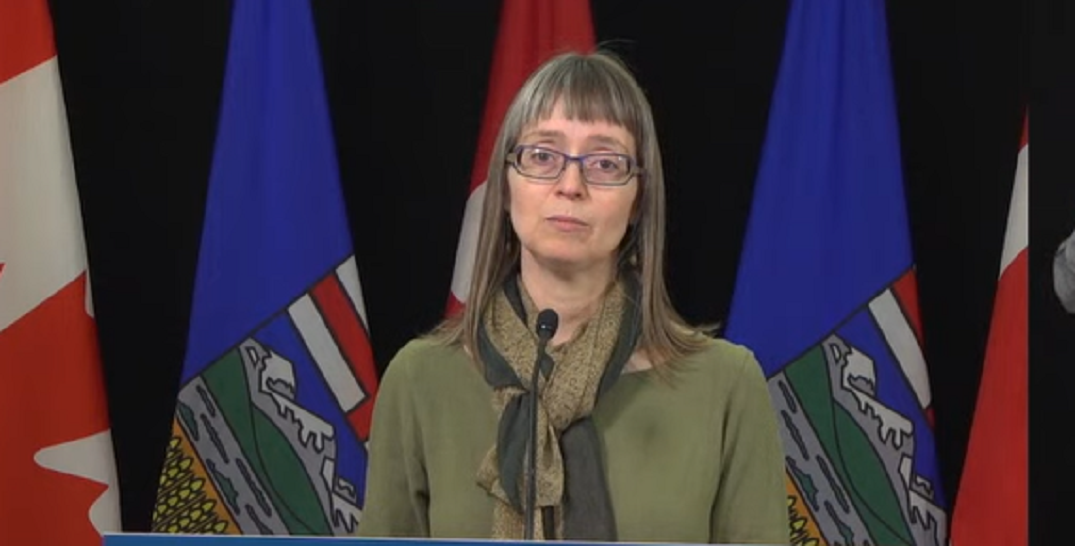 In a Wednesday press conference, Chief Medical Officer of Health Dr. Deena Hinshaw said that Alberta has seen 126 new known cases of coronavirus in the past 24 hours.

This brings the province’s known total to 1,996.

She also stated that the province had seen no new deaths over the past 24 hours, something that Alberta has not seen for a number of days.

Hinshaw noted that they had seen a rise in confirmed cases since opening testing to all Albertans who display symptoms, as the Province of Alberta expected to happen.

A total of 2,853 tests were completed in Alberta over the past 24 hours.

Unfortunately, the ministry experienced an outage at the data centre that shut down the feed from the provincial lab, so details on the new cases were not available for Wednesday’s update, Hinshaw stated.

“Our teams were able to determine the number of tests conducted and lab confirmed cases since yesterdays update and we are reporting that info today,” she said.

“Once the issue is resolved, we will release the complete data and we expect that to be available as part of tomorrow’s update.”

A new outbreak was also announced at Wednesday’s press conference, this one being detected at the Kearl Lake Oil Sands Project north of Fort McMurray.

Three people have tested positive, while another six connected to the work sites have been tested and are self-isolating while awaiting results.