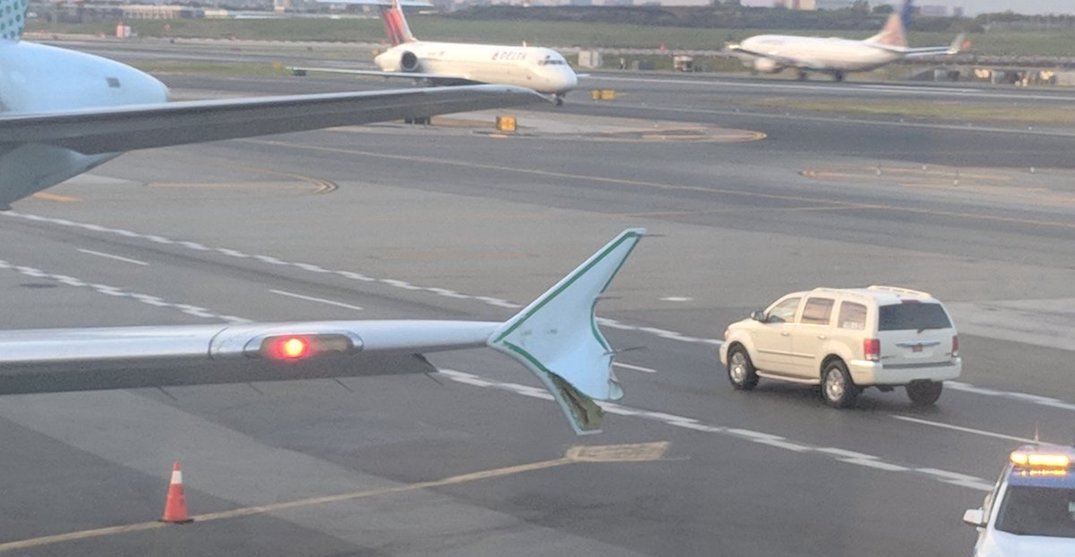 An Air Canada flight was clipped by another plane after landing at LaGuardia Airport.

According to Air Canada, flight AC716 was arriving at LaGuardia from Pearson Airport on October 22 when it was en route to its assigned gate. At that time, its winglet was clipped by another aircraft going by.

The incident took place upon landing around 5:20 pm.

Air Canada says its aircraft, an A320 with 142 passengers onboard, was able to taxi to the gate and its customers all disembarked normally.

They also said the plane is now out of service.

Earlier this month, the National Transportation Safety Board (NTSB) released a report regarding Air Canada’s near miss at the San Francisco International Airport last year, saying it could have resulted in a catastrophic outcome.

Daily Hive reached out to Air Canada for further comment regarding Monday’s incident.

AC716 arriving at LGA from YYZ on Oct.22 was enroute to its assigned gate when its winglet was clipped by another aircraft going by. AC’s aircraft, a A320 with 142 passengers onboard was able to taxi to the gate & customers all disembarked normally. It is now out of service /Abby