As every Canadian has repeatedly heard, the Stanley Cup has not been lifted by a team from north of the 49th parallel since 1993. The current American owners of Lord Stanley’s chalice are the entertaining Chicago Blackhawks, led by the dynamic duo of Jonathan Toews and Patrick Kane.

Going south to enjoy Canada’s national game may seem odd, but the Blackhawks are an Original Six team and their fans are among the most passionate in hockey. Plus, you might be able to bring some of that championship luck back to your hometown team. Here’s a guide for a hockey-fuelled weekend in the Windy City.

The Peninsula is a stunning and historic hotel that will remind Canadians of the venerable old railroad hotels, most of which are now operated by Fairmont. Located on the Magnificent Mile (Michigan Avenue), the Peninsula is a terrific spot to base your stay. It features 339 rooms and its bar was once named the best in the world by Forbes.

Beer lovers and foodies will both enjoy this spot in the trendy Fulton Market. The Publican’s menu features local ingredients that are used to create European-inspired fare, including plenty of meat options. The beer list is lengthy, with an excellent selection of Belgian brews.

No venture into Chicago can be made without a stop at one of the city’s music clubs. Buddy Guy’s Legends is my favourite because I’ve been a huge fan of the man since seeing him in concert for the first of many times in 1996. The Rock and Roll Hall of Fame inductee isn’t likely to be seen at the club that bears his name, but the musicians in the house are outstanding and the scene is a good mix of visitors and locals. 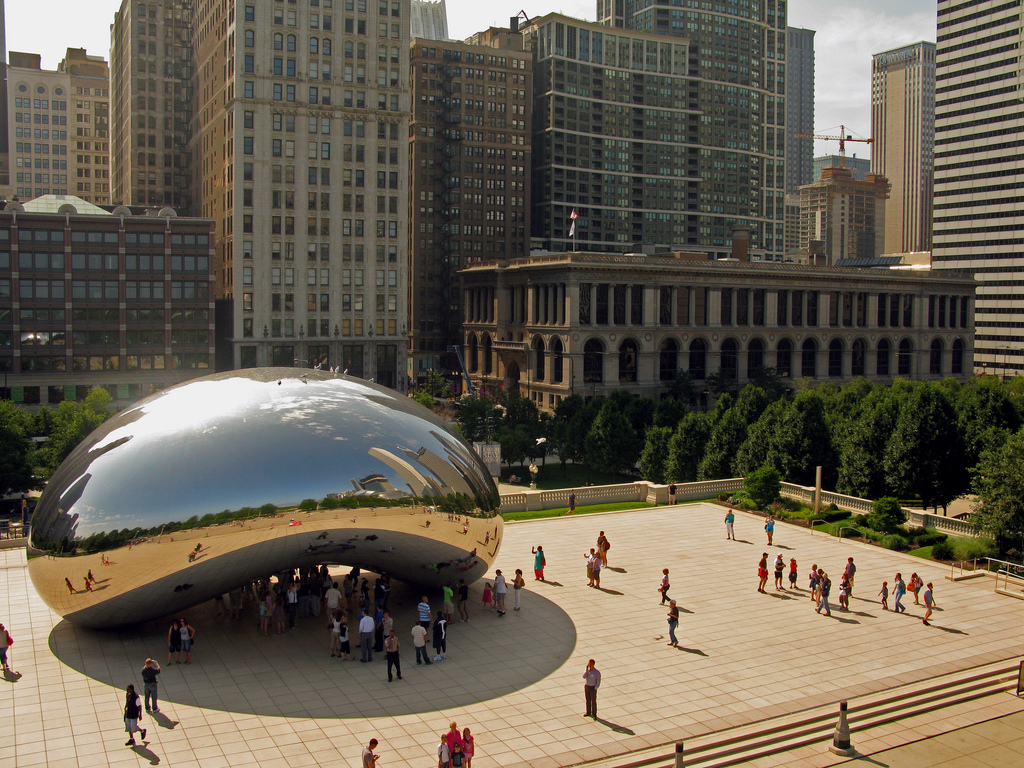 After breakfast at the Peninsula, head to the massive series of green spaces that Chicagoans and their visitors adore. You’ll encounter Cloud Gate, the reflective art piece that will make you think of a circus hall of mirrors. Affectionately nicknamed “The Bean,” Cloud Gate is just off of North Michigan Avenue and is one of the many notable cultural attractions in or near Millennium Park. Be sure to visit the Art Institute of Chicago, famous for its modern-art collection and its role in “Ferris Bueller’s Day Off.”

Get your game face on and head to one of the officially sanctioned Chicago Blackhawks bars. Yes, this NHL team has gone to the trouble of identifying the best bars for its fans — or any hockey lover — to patron. For out-of-towners, the Ogden is a good choice because it’s only a couple of blocks to the arena. It bills itself as Chicago’s first “chef-driven sports bar,” which should at least mean you won’t go to the game either hungry or nauseous.

Head through the gates, locate your seat, and stare up at the championship banners and dream of what it might take for your team back home to earn one of those. Chicago sports fans are among the most knowledgeable and enthusiastic in North America.

Note: Of the Blackhawks’ 41 home games, 18 will be played on the weekend, including six against Canadian teams. Check the schedule for the contest you want to see.

For more than 15 years, Lula Cafe has been serving what many in Chicago consider the best brunch in the city. In the Logan Square area, it provides hearty and healthy dishes in a space that oozes with good vibes.

If the weather is warm during your visit, hop aboard one of the boats that tour through the Chicago River. The tour provides a remarkable look at the range of architecture that adorns the city. From the immense Mercantile Building that dominated commerce at the turn of the 20th century to sleek creations from the likes of Mies van der Rohe, you’ll see fascinating buildings as well as learn about the history of Chicago.

The Girl and the Goat was established in 2010 and has become one of the city’s most popular spots. It serves excellent casual-dining fare prepared by “Top Chef” winner Stephanie Izard. You’ll find seasonal ingredients and inventive share plates on the rotating menu.

Before checking out and heading to the airport, do your duty as a Canadian and find bargains to brag about when you return home. While the Magnificent Mile is — as its name suggests — not the cheapest place to browse for a souvenir, you will find intriguing high-end stores near the Peninsula Hotel. You’re also a short trip from other less-expensive shopping districts such as State Street and River North.