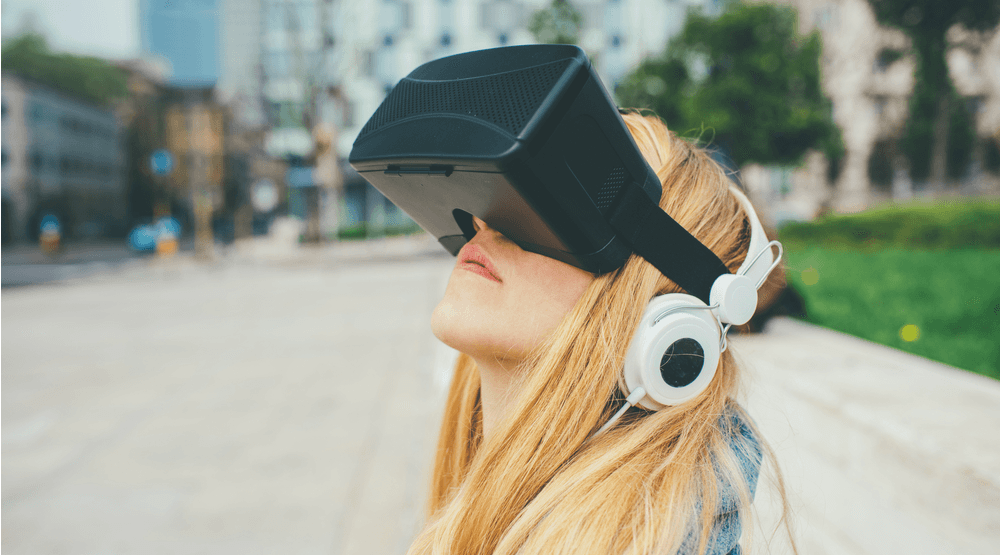 This past year wasn’t what we expected – in more ways than one.

Technology took massive leaps in 2016, generating tons of buzz in areas like virtual reality and the Internet of Things (IoT). Mobile devices featured some unusual innovations, like the absence of headphone jacks, but overall continued to become more user-friendly.

This coming year looks like it’s going to have even more advancements, with names like Business Insider speculating that virtual reality will really take off in 2017 – thanks to the IoT colliding with AI.

In honour of this advent of new innovation, we’ve collected seven examples of technologies that are coming out next year.

The future of transportation isn’t far away – in fact, it’s only a couple feet off the ground. 2017 will see a new two-person outdoor hovercraft that feels an awful lot like the Star Wars Imperial speeder bikes. The craft is touted as a cheaper alternative to traveling via planes and helicopters for low-altitude flight and can fly up to 10 feet off the ground at up to 70 km/hour. The craft is available for pre-sale now, although you’ll have to cough up $85,000 when it comes time to deliver.

Virtual reality generated a lot of buzz in 2016, but not a lot of tangible progress came out of it. That’s going to change in 2017, when a $300 VR headset comes out. This system will give almost everyone the ability to use VR, by making it affordable and accessible.  All you need to be VR compatible is a computer with 4 GB of RAM, a USB port, and a couple other features that are available in nearly all computers. Of course, you’ll want to make sure you have super fast upload and download speeds to keep up with the VR craze.

Star Trek is well known for predicting future technologies, from the tablet to the cellphone, and it seems like the Tricorder will be no different. In the sci-fi franchise, the Tricorder was used to diagnose medical issues on board the USS Enterprise and a similar device is in the works now. The Qualcomm Foundation put together a competition to see who could create the most accurate personal medical scanner. The scanner needs to be able to accurately identify 13 different diseases and weigh less than five pounds. The two finalists are currently in consumer testing, and we’ll find out who the winner is in 2017.

We’ve heard rumours about the foldable phone since 2013, and 2017 looks like the year it could actually happen. A patent application for a foldable phone was filed in 2016, with a rumour that it would be released in early 2017. But of course, we won’t know if we’ll be getting bendy mobiles until they’re ready to hit the market.

Console gaming became passé with the huge rise in mobile games, but one company’s looking to change that up with its new gaming system. Just like a console, Nintendo’s gaming system lets users play single and multiplayer games while attached to their TV, but it also detaches from its dock to let people play the same games on the go. It will launch in March of 2017, and you’ll want to make sure you have the best internet connection so you can play all your favourite games.

OLED TVs aren’t new, but they are rare. OLED stands for Organic LED – it’s a kind of display that’s vastly different from normal LED screens. Each pixel produces its own illumination in a OLED screen, so you don’t get the back lighting for black colours that you see in normal screens. So far there’s only one major company producing OLED televisions, but their monopoly will likely be challenged in 2017 with the rumoured release of two different OLED TVs. This is a good thing since the competition will likely drive down the exorbitant price of these fancy televisions.

Some of us just can’t get past the pen and paper experience, but we’re living in a digital world, which can make notebooks impractical. To bridge the gap, there’s a Kickstarter campaign for a physical journal that connects to a cloud system. You can write using a special pen, and erase using just a drop of water. Your paper notes are automatically uploaded to different cloud systems so you’ll always have the notes you need. Just make sure your internet connection is fast enough to keep up with your scribbling.

The world of technology is changing, and next year’s releases show that 2017 will be no exception. Everything from virtual reality and cloud systems to medical scanners and hovercrafts are getting a leg up, and the Internet of Things is only going to get more prominent.

Most of these new technologies rely on the Internet, and to make sure they’re all working at their peak, you’re going to want to make sure you have the best connection out there.

That’s why TELUS is bringing its 100% pure fibre network to select areas of BC and Alberta in the coming year. The TELUS PureFibre™ network uses glass fibres to bring lightning-fast speeds and reliable connections to your home. It offers the same upload and download speed of 150 Mbps, known as symmetrical upload and download speeds, plus they offer one terabyte of data per month when you sign up.

The best part? This great internet capability brought to you by the TELUS PureFibre™ network lets you play with your new technology seamlessly, thanks to a 100% pure fibre connection directly to your home.