But instead of making $20 and spending it on candy and toys, he’s making thousands of dollars and giving it all to the Ronald McDonald House charity.

Not your average six-year-old.

Here’s Haylen’s story from his Go Fund Me page:

When Haylen was 5 years old had this idea to start a little Ice-Cream Shop, so one day we pulled out our tools and built a cute little stand for him. He was so anxious and excited to get started and make some money of his own. I assumed that like any other little boy he would want to earn money to buy Power Ranger toys, hockey stuff, or other toys for himself, but when I asked him what he wanted to do with the money he makes from his shop, his answer shocked me, he replied by saying, “I’m going to give all the money to the Ronald McDonald House. I will fill up my bucket and give it to them, then fill it again and again and keep giving it to them so I can help all the sick kids.”
I was amazed and so proud of my little man, it made me just as excited to help him get started on his little journey!

For Haylen’s 5th birthday we did a five for five party were each guest brought two $5 dollar bills, one that he got to keep for himself and one that he got to donate to a charity of his choice. We presented him with a bunch of different options and the RMH was the one he chose!
He bought a monster truck for himself and got to donate $100! Then after he toured the house in Red Deer he then wanted to do more and started his icecream shop!!

At the beginning of summer in 2015 he set a goal of rasing $2,011.00 and on July 18 he reached that goal and made his donation to the house! We then asked him if he wanted to take the rest of the summer off, and he said No, he wants to set an even higher goal, and start back at $0….

5 months later he successfully achieved that goal as well! 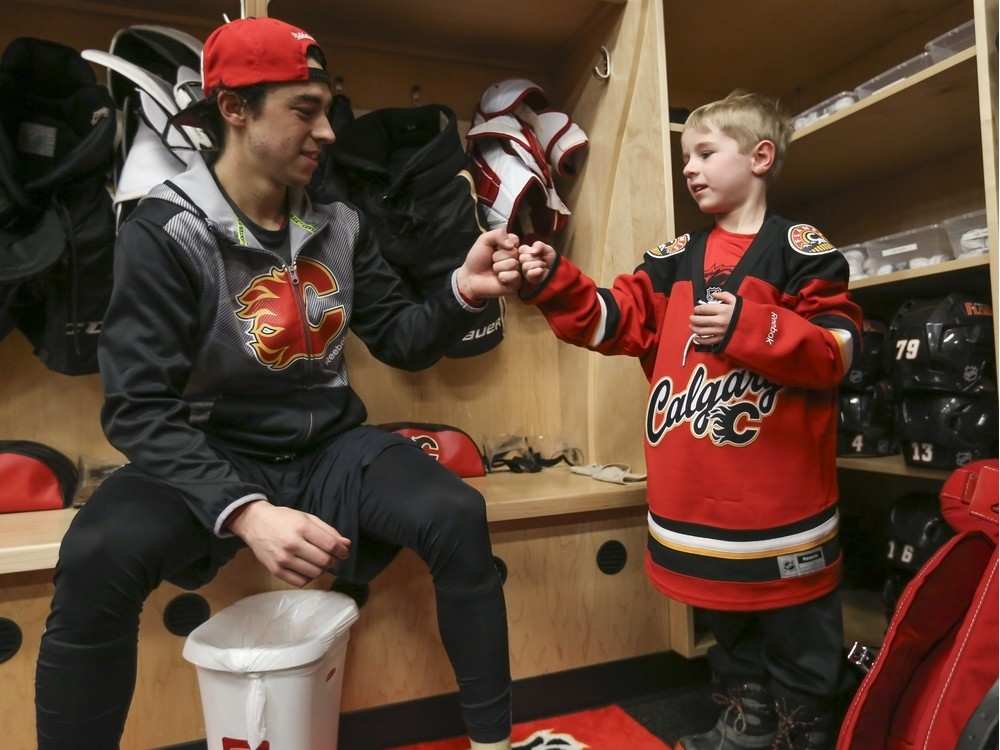 “I had to choose a number higher than my last goal so I picked $5,000 and I added 13 cause that’s Johnny Gaudreau’s hockey number, and he’s AWESOME!”