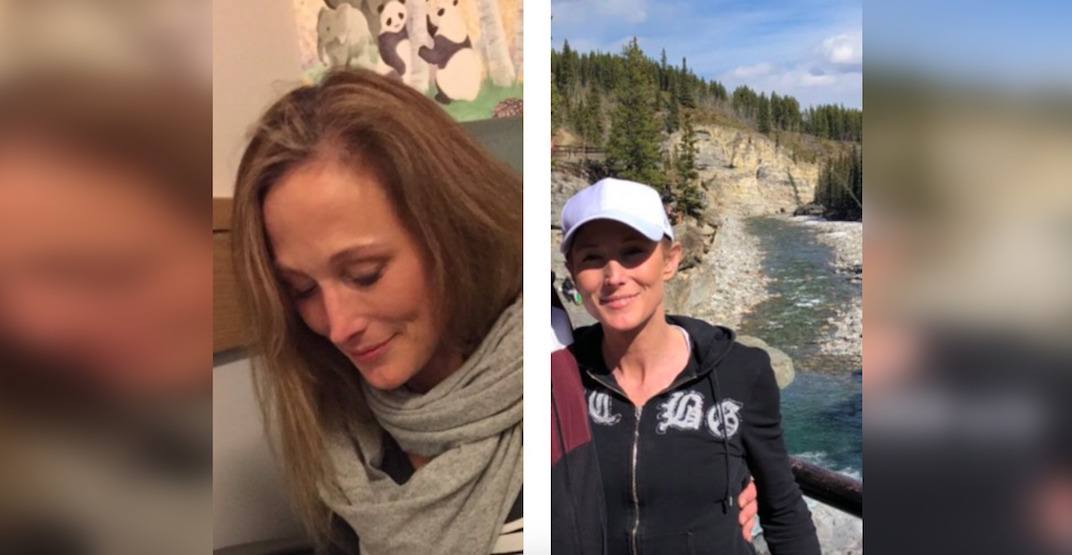 Julie Elson, who has been missing since May 30 (Calgary Police Service)

UPDATE: A Thursday morning release from CPS states that Julie Elson has been safely located.

Police are seeking the public’s help in finding a 44-year-old woman from Calgary has been missing since May 30.

A Wednesday release from the Calgary Police Service states that Julie Elson was last seen in the 300 block of Discovery Ridge Boulevard SW last Thursday.

Elson is described in the release as standing 5′ tall and weighing approximately 110 lbs, with blonde hair and blue eyes.

The last time she was seen she had been wearing light brown/beige pants, a white long sleeve shirt, and grey Sketchers running shoes.

The release also noted that Elson suffers from a medical condition that requires medication, which she does not currently have with her.

The public may have spotted her at the Rundle and Marlborough CTrain stations or the Village Square Leisure Centre or Sunridge Spectrum Cinema, as she is known to frequent those locations.

If anyone has seen Elson in the past week or knows anything about her whereabouts, they are urged to contact the Calgary Police Service at 403-266-1234.