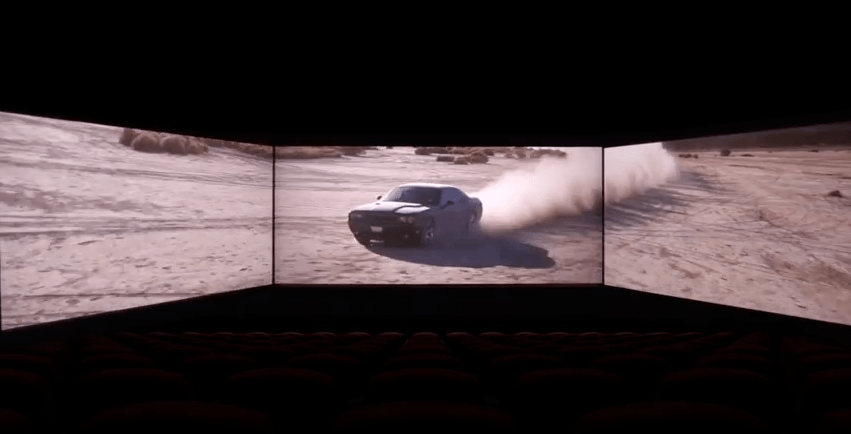 We haven’t been this excited to go to the movies since the original Teenage Mutant Ninja Turtles came out. (Everything went down hill after 1990.)

But this 3-screen movie experience coming to Toronto, Vancouver, and Edmonton this month looks unbelievable. In fact, if people hadn’t already watched it we would probably think we were being trolled by the theatre gods.

And to kick off the Canadian experience, Barco has partnered with 20th Century Fox and J.J. Abrams and crew (get it?) to showcase the premier of Star Trek Beyond on July 22, 2016. Only 20 minutes of the film will be featured in full 3-screen mode (the deal was struck after shooting) in what will be an epic tease of what’s to come. The first full length films to be shot specifically for Barco Escape will be released later this year.

The three Canadian theatres offering the 3-screen experience are:

Tickets are supposed to go on sale today, but so far have not been released. You can keep checking back here to get yours.