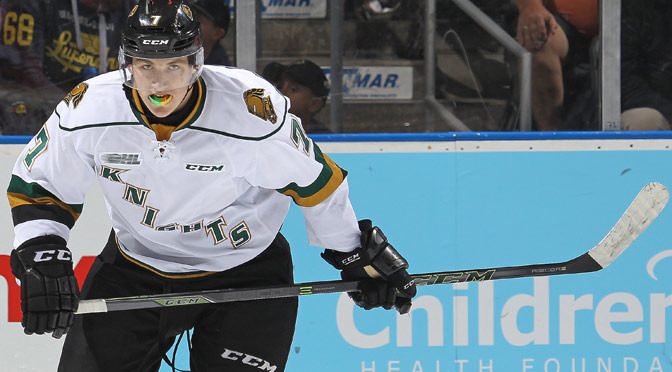 Brad Treliving has done a good job bringing in some new faces to the Calgary Flames this offseason. Guys like Brian Elliott and Troy Brouwer are sure to make next season’s edition of the Flames better than the last.

That said, the Flames do still have some holes in their lineup. Whether those holes get filled through free agency or trading remains to be seen, but it may serve the team well to leave a few spots open for some younger players to fight for.

The Flames have some great young talent – much of it on hand at this week’s Development Camp – and in today’s NHL having a young player on your everyday squad makes for much easier cap management. That said, let’s take a look at three prospects who could make the big club next season. 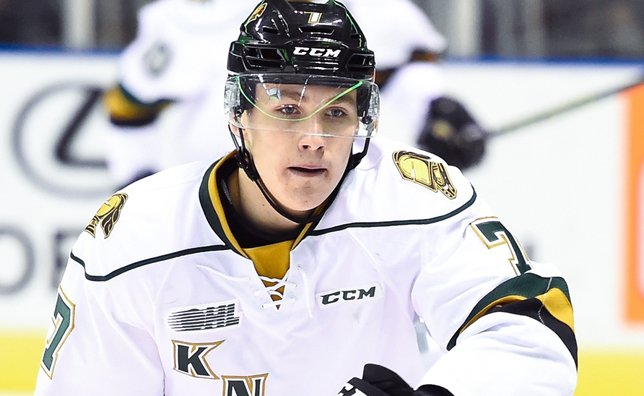 Despite being the newest prospect in the Flames organization, Matt Tkachuk could be the most NHL-ready of them all. At least, he seems to think so.

Treliving on sitting with Tkachuk in his office a few weeks ago. "He said ‘If you’re going to draft me, I’m going to make your team.’"

Tkachuk is the most talked about Flames prospect lately, and for good reason. The sixth-overall pick at this year’s draft, Tkachuk put up a monstrous 107-point season in the OHL with the London Knights while playing on a line with Mitch Marner and Christian Dvorak.

At 6’1″, 195 pounds, the bulky 18-year-old already has NHL size and certain skills (particularly along the boards) that should allow him to have a fairly easy transition to the pro level.

Tkachuk won’t be eligible for the AHL next season, meaning he either makes the Flames or goes back to the OHL.

If there’s one case for sending him back to the Knights, it’s that this time will be without Marner and Dvorak, and he’d have an opportunity to be the best forward on the team, and work on developing the more skillful side of his game.

If there's anything to be worried about Matthew Tkachuk, it's that the #Flames keep talking about his grit and sandpaper not his skill.

That said, it still seems more likely that the big winger will play in the NHL this season – or at least get his nine games. An entry-level contract for Tkachuk is already in the works.

#Flames GM indicates Matthew Tkachuk's signing with team will be "sooner than later" . 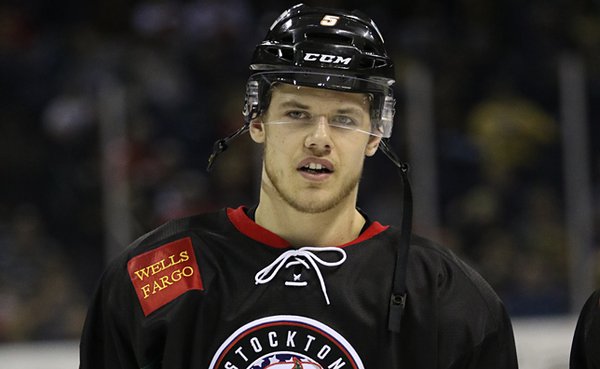 A 2nd-round pick by the Flames in 2011, Tyler Wotherspoon has spent the last three seasons developing his game in the AHL. The 6’2″, 210-pound defenceman already has 26 NHL games under his belt, mostly as an injury call-up. He’s yet to score an NHL goal with five assists in those 26 games.

The 23-year-old has the size to be an everyday defenceman in the NHL, and having spent three years seasoning in the minors, this upcoming season looks like Wotherspoon’s best chance yet to crack the Flames lineup for good.

Even if he doesn’t make it next season, Wotherspoon should be on the team sooner than later with Latislav Smid, Dennis Wideman, and Derek Engelland all set to be UFAs next summer. 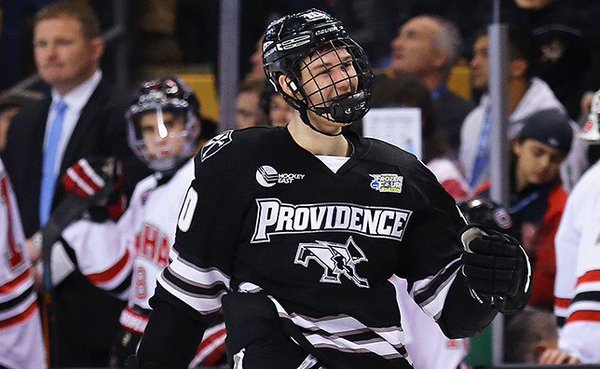 Good things come to those who wait, and that’s exactly what the Flames had to do with Mark Jankowski.

Drafted 21st-overall back in 2012, the 21-year-old centre has yet to play an NHL game. In fact, Jankowski’s only played eight games of pro hockey. But that short stint was arguably his most impressive showing yet.

After his first ever point-per-game season at Providence College, Jankowski finished his season in the AHL where he had two goals and four assists in eight games.

The transition to the pro game should be a fairly seamless one for Jankowski, who already has NHL size at 6’4″, 200 pounds.

Mark Jankowski is ready for his first pro season! #FlamesDevCamphttps://t.co/RCG2aGgnwH

This current Flames prospect camp marks the fifth one Jankowski has attended, but this time around it’s a little bit different. That’s because he’s not going back to college after; he’s going to the team’s main camp.

Having only eight games of pro hockey experience, the Flames may choose to keep him in the AHL for a full season. But Jankowski will finally get his chance to show the team what he can do, and that’s an opportunity he plans to take full advantage of.