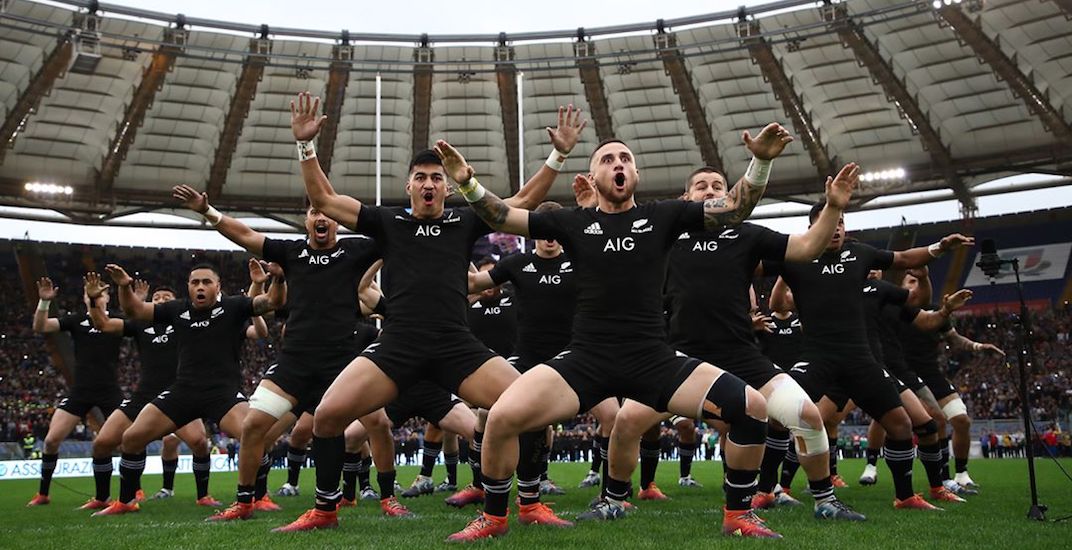 The wait is nearly over. After four long years, September brings with it the start of the Rugby World Cup, the biggest and best international sporting event of 2019.

This year’s tournament, the ninth incarnation of Rugby World Cup, will be held in Japan and promises to be a fight for the ages as the chief contenders (more on them later) appear to be unusually tightly matched. New Zealand’s run as No. 1 ranked team in the world recently ended after an astonishing 509 consecutive weeks, while a remarkable run of victories brought Wales to the very top of Planet Rugby.

Ireland has since moved into top spot in the world rankings, followed by New Zealand and England. 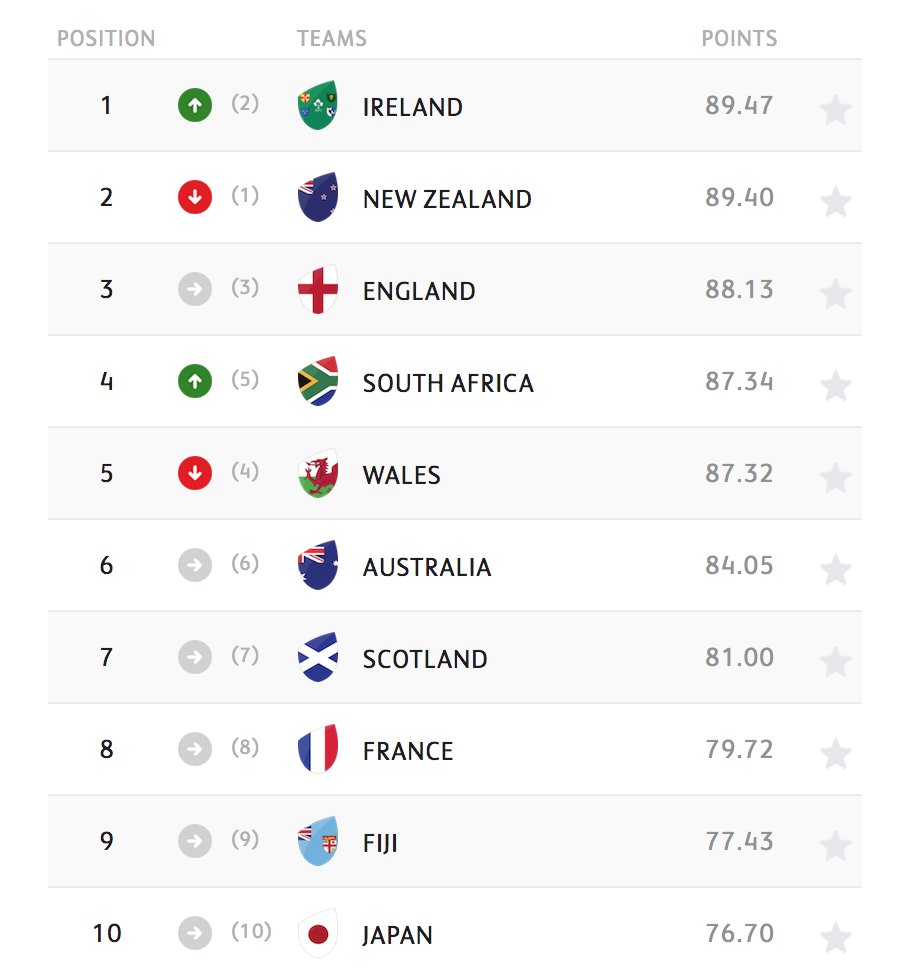 But ranking means very little in the high-pressure cauldron of World Cups.

Unlike recent FIFA World Cups (the men’s version anyway) Canada are actually competing in this World Cup. And despite the twin challenges of a fiendishly challenging group before the knockout stages, sports fans have a tournament to savour ahead of them.

The Rugby World Cup is comprised of 20 teams divided into four groups of five. Those five teams play each other in a series of round robin matches (four points for a win, two points for a draw, one bonus point for losing by seven points or less, and another bonus point for scoring four or more tries).

The top two teams from each group progress to the quarterfinal stage, at which point it’s single-game knockout rugby.

Canada will compete in very difficult Pool B, along with New Zealand, South Africa, Italy, and Namibia.

The tournament begins on September 20, with the hosts from Japan taking on Russia. Canada begins the World Cup on September 26 when they take on Italy.

Game times will be a challenge for viewers in North America, with the exception of the final round robin match against Namibia, which takes place on Friday night in Canada (Saturday afternoon in Japan).

You can view the full schedule, including local kickoff times, here. All games will be broadcasted on TSN in Canada.

Canada’s Rugby World Cup history isn’t too bad. Way back in 1991 they reached the quarter-finals and gave the mighty New Zealanders a run for their money. Four years later, Canada dropped the gloves on South Africa, leaving a few marks that disappointingly didn’t make the final cut in Clint Eastwood’s Invictus.

That’s the good news. The bad news is that Canada’s form over the past decade has gone from bad to worse.

The fatal combination of minimal financial resources, a dwindling talent pool, and tactical naivety have dropped Canada down the world rankings to a feeble 22nd place.

The really bad news is that Canada has been drawn into a group from which qualification would be miraculous. Defeating Namibia, the only nation ranked lower than Canada to qualify for the tournament, should be possible. Canada should theoretically be competitive against Italy, although the Azzurri will still put out a XV full of players regularly competing at the highest club level.

The real problem arises with the other two teams in the group: perennial powerhouses South Africa and New Zealand.

The race is not always to the swift, nor the battle to the strong; but with a sport as athletically and physically demanding as international rugby, that’s the way to bet. A Canadian victory against either of these two juggernauts would be more than rugby’s greatest ever upset. It would be the biggest upset in the history of sport.

Player to Watch: DTH Van Der Merwe, Wing. Big, strong and with a nose for the try line, Van Der Merwe has been Canada’s shining light through its darkest years. As a star for the Glasgow Warriors, he’s used to competing against the very best Europe can offer.

One of these Nations will be crowned Rugby World Cup Champions on November 2. Here’s why.

Back in May a sporting governing body displayed rare courage and did the right thing. Rugby Australia banned star fullback and Christian fundamentalist Israel Folau from the game after a social media post informing the world that drunks, atheists, and homosexuals (amongst others) are all, apparently, going to hell.

Firing their best player was understandably considered the death-knell for Australia’s chances, but that verdict required a full reassessment after the Wallabies thumped New Zealand 47-26 in Perth this August. Granted, the All Blacks returned the favour with a 36-0 whipping in Auckland a week later, but having reached four of the eight Rugby World Cup Finals played so far, only a fool would write Australia off.

Player to watch: David Pocock, Back Row. Australia’s fortunes could rest on the fitness of turnover machine. A tireless fighter for environmental and social justice causes away from the game, on the field he is a one-man wrecking ball for the opposition’s attacking plans. The best player at Rugby World Cup 2015, a fit Pocock takes Australia to elite level.

The principality has never gone into a World Cup with this level of optimism and pressure. A 13-game unbeaten run, in which they faced and beat every top tier nation except New Zealand, saw them reach an unprecedented No. 1 world ranking.

Embracing the Welsh tradition of passionate, free-flowing rugby, this could be the most entertaining team in the tournament. Anything short of a semi-final place would be a crushing disappointment for Europe’s most rugby-mad nation.

Player to watch: Alun Wyn Jones, Second Row. It’s impossible to remain uninspired by the Welsh captain. Where other Welshmen are blessed with speed and skill, Wyn Jones has forged a career on grit and guts. You’ll inevitably find him at the bottom of every ruck and maul, and the first body throwing himself into every tackle. An unsung hero and a true legend of the game.

Is this Ireland’s moment?

Having beaten New Zealand in Chicago back in 2016 and again last November, a year ago plenty of experts were saying yes. Their form has dipped since then, losing to England and Wales during the Six Nations, and being torn apart by England 57-15 in a recent World Cup warm up.

Whatever their form in Japan, they shouldn’t have too much trouble topping their group, before what the inevitable do-or-die quarterfinal clash with either New Zealand or South Africa. If they can reach the semi-finals, there’s no limit to their ambition.

Player to watch: Conor Murray, Scrum Half. If Ireland can crack the Southern Hemisphere giants, they’ll have Murray, the brains and heart of the team, to thank. The world’s best scrum half for the best part of a decade, not only is he brilliantly skilled, he’s a tough bastard too.

The eternal villains of international rugby, England head into the World Cup with their strongest side since Martin Johnson’s White Orcs on Steroids bludgeoned their way to glory in 2003.

Consistently inconsistent (dismantling Ireland this August was a highlight, but surrendering a 31-0 lead against Scotland in March illustrated the team’s mental frailty), on paper England has it all. Anything short of a semi-final will be a crushing disappointment.

Player to watch: Maro Itoje, Second Row/Back Row. A freakish combination of athleticism and aggression, Itoje will be key to England’s success, especially if he can reduce his high penalty count. Itoje has the potential to become to international rugby what Lawrence Taylor was to the NFL.

South African rugby hit an all-time low with defeat to lowly Italy back in 2016. That was the beginning of an overhaul that included the naming of Siya Kolisi as the nation’s first black captain and ended this summer with the Springboks capturing the Rugby Championship as kings of the southern hemisphere.

Anyone watching the Boks’ recent dismantling of Australia and Argentina (along with a punishing draw against New Zealand) will have seen that this is a team fearlessly committed to take what South Africans believe is their rightful spot on top of the rugby world.

Player to watch: Faf de Klerk, Scrum Half. Short, pudgy and with surfer dude hair, de Klerk looks nothing like the man mountains he’s regularly competing against. That’s all part of his charm, as his speed of thought and unrelenting aggression has taken him into the hearts of fans around the world.

If you know anything about rugby, it’s that New Zealand are historically the best of the best. And although they still begin the tournament as deserved favourites, their occasional defeats over the past two seasons (including a recent drubbing by Australia) have proven that this incarnation of the All Blacks might not be the supermen of yore.

Their traditional excellence stems from their innate understanding of running lines and seamless passing, meaning there’s no team that turns defence into attack quicker, and there’s no-one more dangerous when their backs are against the wall.

Player to watch: Beauden Barrett, Fly Half. Quite simply, on his day, the best player in the game. Swift of foot and thought, he’s an attacking threat any time the ball reaches his hands. A tournament-winning turn in Japan could seal his destiny as the greatest fly half ever to play the game.