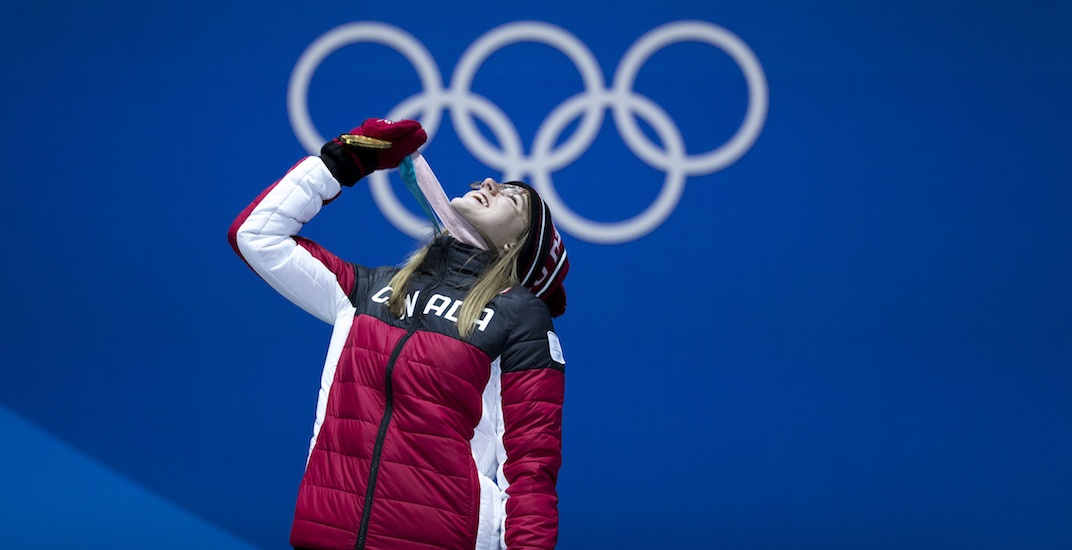 Day 12 delivered two more medals for Team Canada at the Winter Olympics, as our country’s wild ride continues in PyeongChang.

With 21 medals (9 gold, 5 silver, 7 bronze), we’re well ahead of the United States (16 medals) with just four days of competition left. If we finish ahead of our neighbours to the south, it’ll be the first time since Nagano 1998.

Our ninth gold medal was won by Calgary’s Brady Leman, who raced to victory in men’s ski cross.

Another Calgarian, Kaillie Humphries, won bronze in women’s bobsleigh with Phylicia George. Humphries now has a medal in three straight Winter Olympics, adding bronze to her gold medals from Vancouver and Sochi.

George is new to the sport of bobsleigh, transitioning to the Winter Games after two straight appearances at the Summer Olympics in track and field. Humphries recruited her via Twitter.

“I started bobsleigh six months ago so it’s been a lot of work,” George said. “Kaillie has been an amazing mentor to me, I’ve had great coaches, great therapists so I’m just thankful to everybody who’s put themselves into me and the fact that we were able to come together and do this, I’m just really excited by it.”

Here’s the latest look at the medal table, with Canada closing in on Germany for second. 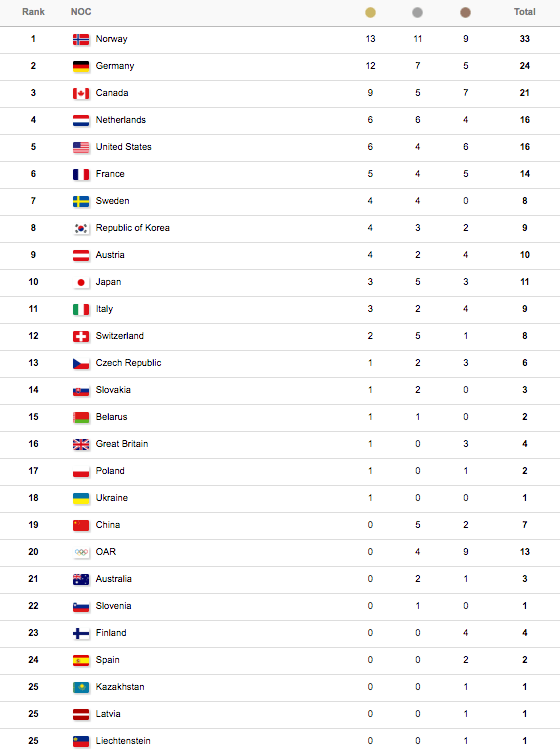