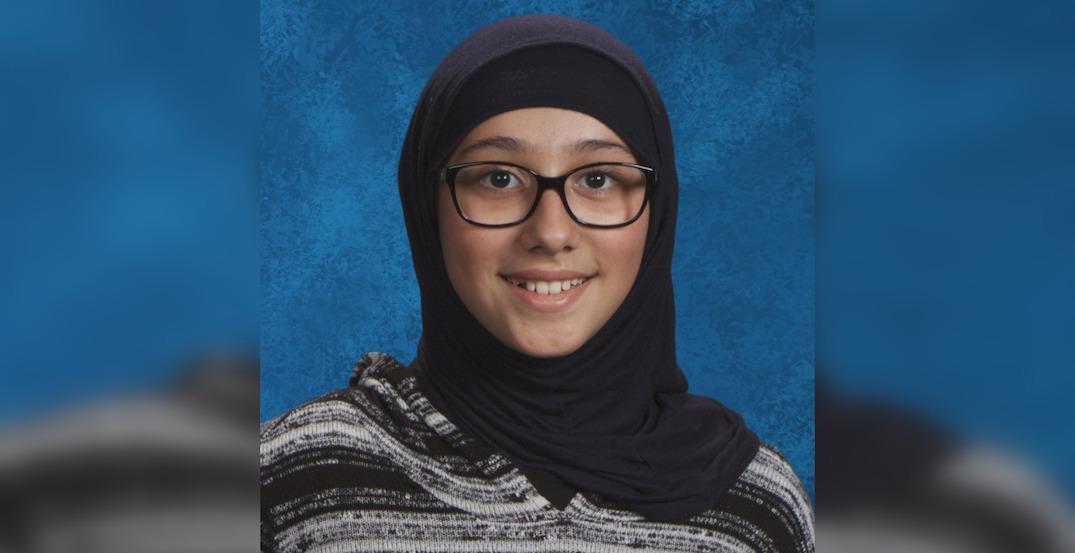 An 11-year-old girl is missing and the Calgary Police Service are now asking the public’s assistance in locating her.

According to a CPS release, Zahraa Al Aazawi of Calgary had travelled to Egypt with her father on June 16, 2018.

The agreement between her parents was for her to be returned to Canada on Wednesday, September 5, 2018.

Police state that Zahraa had limited contact with her mother while in Egypt, yet she was not returned to Calgary on the agreed-upon date.

Zahraa’s father ultimately returned to Canada on April 4 without his daughter and was arrested at Toronto Pearson International Airport by members of the Toronto Police Service.

The release states that police believe Zahraa to currently be in Iraq with her father’s family.

The public, and especially members of Calgary’s Iraqi community, are being asked to alert the Calgary Police Service if they know anything about Zahraa’s location so that she can be returned to her mother.

Zahraa’s father, 38-year-old Ali Al Aazawi, was charged on a Canada-wide warrant on one count of parental child abduction, and at the time of the release was being transported from Toronto to Calgary.

Anyone with information on Zahraa’s whereabouts is asked to contact police by calling the Calgary Police Service non-emergency line of 403-266-1234. Tips can also be left anonymously through Crime Stoppers by calling 1-800-222-8477 or visiting their website.