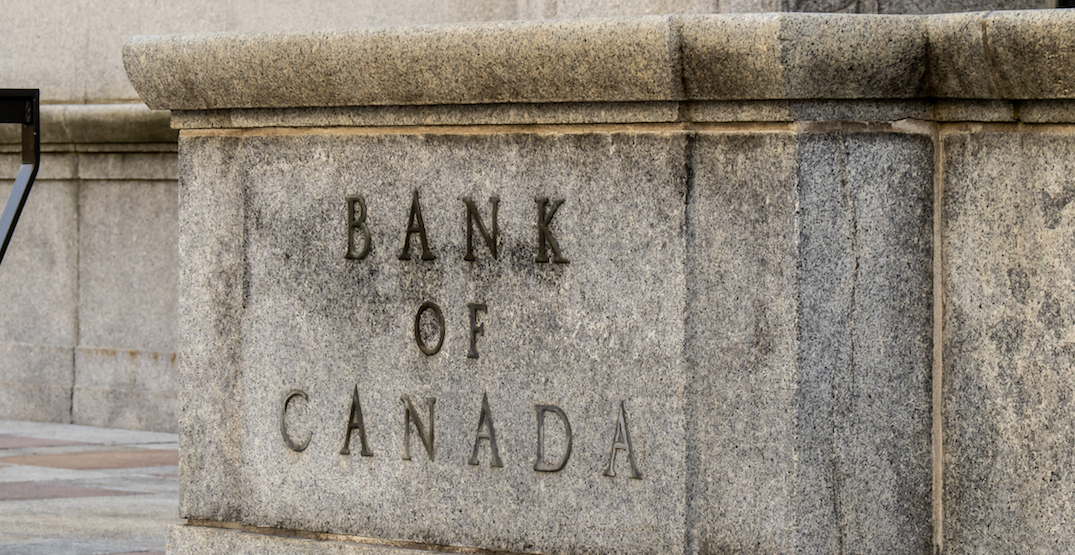 The Bank of Canada announced on Wednesday that it is not raising its benchmark interest rate, keeping it at a historically low 0.25%.

After dropping the key interest rate across Canada last year at the onset of the pandemic, the bank now says it won’t increase the rate until the economy has recovered.

The announcement says that although there was economic growth within the first few months of the year — showing rising consumer confidence — new lockdowns in response to the third wave have dampened activity. But things are looking up.

“With vaccinations proceeding at a faster pace, and provincial containment restrictions on an easing path over the summer, the Canadian economy is expected to rebound strongly, led by consumer spending,” the Bank of Canada announcement reads. “Housing market activity is expected to moderate but remain elevated.”

Inflation is expected to stay around 3% through the summer, but the bank is projecting that it will ease up later this year.

“We remain committed to holding the policy interest rate at the effective lower bound until economic slack is absorbed so that the 2 percent inflation target is sustainably achieved,” the announcement reads. “In the Bank’s April projection, this happens sometime in the second half of 2022.”