Temporary service changes at SkyTrain’s Main Street-Science World Station are scheduled to begin at the end of this month to accommodate heightened construction activity. 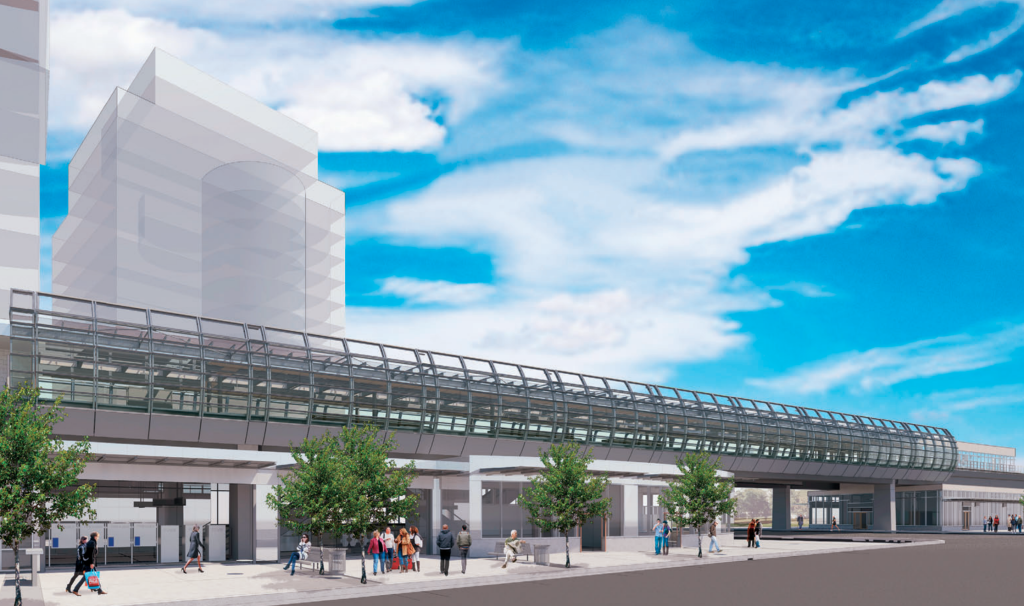 Renovations on the station, which serves upwards of 25,000 passengers per day, first began in spring 2013 with a rebuild of the east station house and entrance. Renovations on the eastern side of the station is nearing completion and will soon allow contractors to move on to the next and most service disruptive construction phase.

Construction will move on into the western half of the station which necessitates the closure of the west side (Science World side) of the station.

Limited train service will run through the station beginning on Sunday, March 30, 2014 to fall 2014 when SkyTrain will operate a limited Main Street-Science World shuttle train service.

As only a portion of the platform will be operational, the Train2Main shuttle will only run between Waterfront and Commercial-Broadway and can be boarded at any of the following stations:

Train2Main will be the only train that can be boarded at Main Street-Science World Station for a period of approximately 6 months. Regular 4-car Expo and Millennium Line trains will not stop at the station.

The shuttle will run at a frequency of every 10 to 12 minutes. TransLink is asking passengers using the Train2Main to plan accordingly and allow up to 10 minutes of extra travel time. 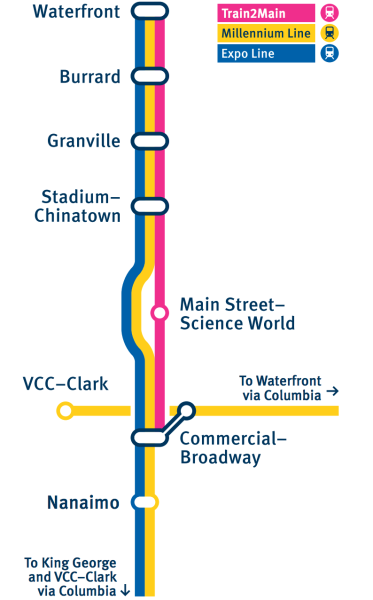 A total of $30-million is being invested into Main Street-Science World Station as part of TransLink’s comprehensive Expo Line Upgrade Strategy. The federal and provincial government are contributing $160-million to complete the series of Expo Line station renovations.

Built in 1982, Main Street-Science World Station is the first and oldest SkyTrain in the system and is in need of accessibility and passenger experience aesthetic upgrades. This includes:

At a cost of $50-million, the Commercial-Broadway Station upgrade will be the largest of the station renovation plans as it will include a new fourth platform for the 1986-built station structure and an additional pedestrian overpass across Broadway to the 2002-built Millennium Line station.

Metrotown Station will also undergo a complete $37-million rebuild that will consist of expansive east, west, and mid-platform station entrances and the relocation of the Metrotown bus loop to an on-street bus exchange around the station.