Bing Thom, winner of the 2013 Margolese National Design for Living Prize, is one of Canada’s most inspirational and accomplished architects.

Recently, he became the second recipient in history meriting the prestigious award. The prize is named after Leonard Herbert Margolese was first created as a generous estate gift made to the University of British Columbia. Each year a selected Canadian individual will be awarded for outstanding contributions to the development or improvement of living environments for citizens of all economic classes.

Bing Thom is a Principal of Bing Thom Architects (BTA) encompassing a holistic approach to project design and implementation.  The firm is known for design excellence and the ability to integrate site master planning, architecture and urban design.  Often, the projects carry an interesting ‘big idea’ to inspire and engage its communities.

Currently, the biggest commissions that BTA has been selected to design are situated in Hong Kong and Vancouver; you may see in previous Vancity Buzz stories surrounding the Chinese Opera Centre (Xiqu Centre) in Hong Kong, and the 54-storey Burrard Gateway Tower in downtown Vancouver.  Both projects are driven with a strong sense of cultural integrity while designed entirely different in proportion and scale.

When Bing Thom presented his Margolese National Design for Living prize lecture in Robson Square, it became apparent that the work of his firm strives for an organic dichotomy between socioeconomic structures and architecture.  Thom spoke candidly about his vision of strengthening the social connections of adjoining communities. The metro Vancouver region is an example of growing concern for Thom when city foreigners often know of Vancouver, but have never even heard of the places surrounding downtown Vancouver.

Main theatre of the Xiqu Centre in Hong Kong 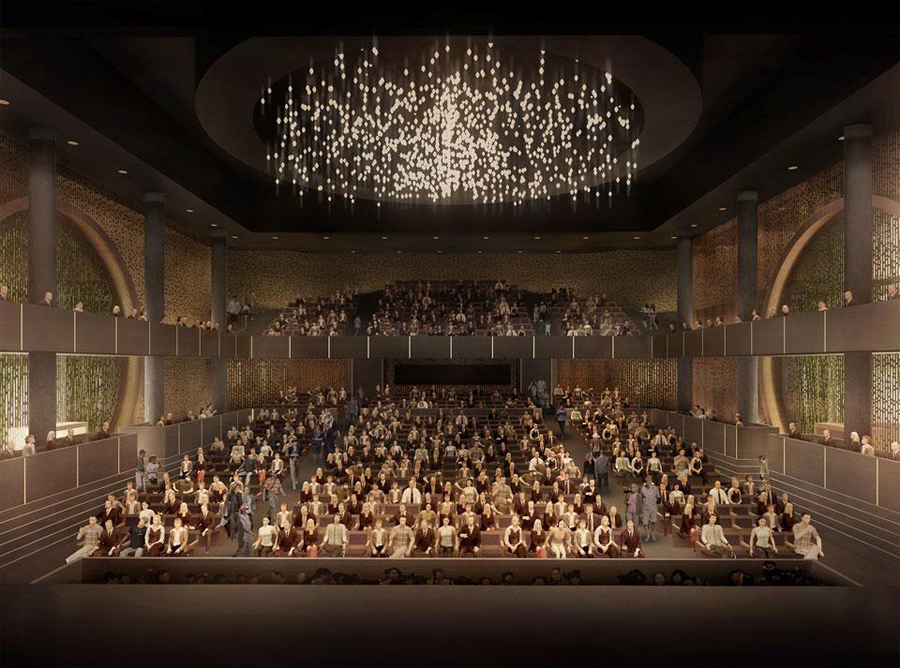 In the lecture Bing Thom presented the underlying theme of the perception of Vancouver in two formal sentences:

Throughout the presentation Thom draws examples from his projects abroad to inspire us to see Vancouver in a different perspective.  He believes that architecture can be used to improve the urban context and social condition.  Subsequently, he stated “You don’t need to win the Pritzker Prize, all you need to do is change one person’s life”.

Today, the works of Bing Thom Architects continue to help the next generation of Architects to strive for excellence in creativity and cultural balance.