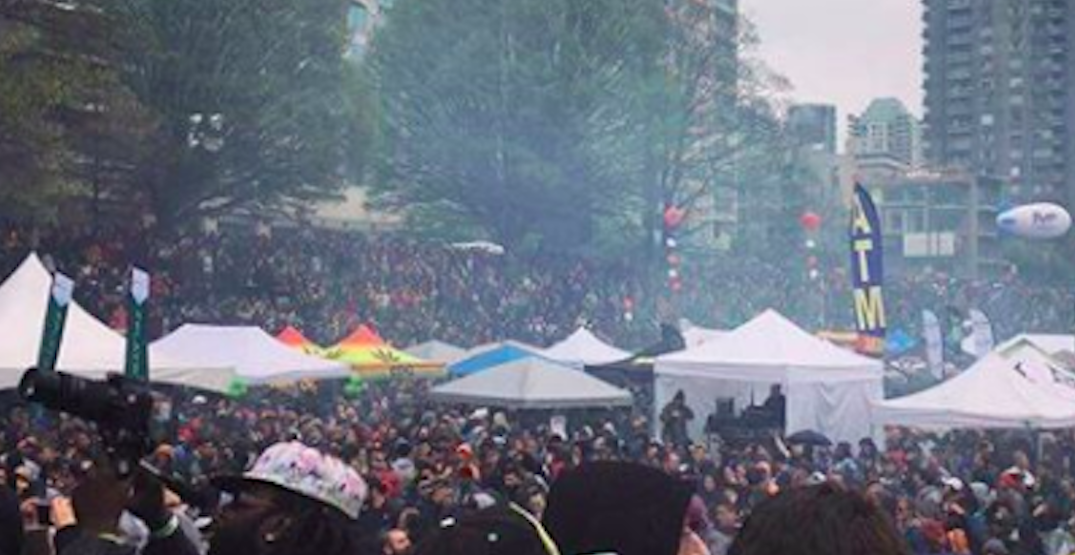 While police and first responders were on high alert during the 420 Vancouver event at Sunset Beach on Friday, Vancouver Police said there were “no major incidents” to deal with.

Still, police arrested a youth for assault and weapons charges, and another man was arrested for breaching his release conditions.

At the peak of the event, police estimated the crowd to number approximately 40,000 people along with a total of 482 vendor tents.

There was a small, but varied number of medical cals throughout the day as well.

On Saturday, the Vancouver Park Board said the field at Sunset Beach where the event was held would be closed for up to 10 weeks for repairs and rehabilitation as a result of the event.