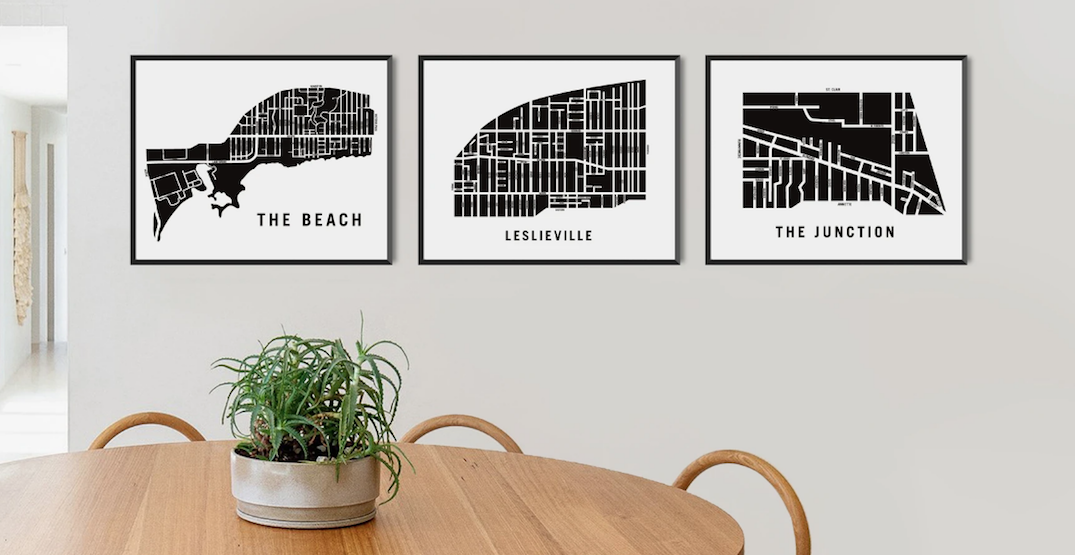 Torontonians all have a special affinity for their neighbourhood, so much so that one Toronto artist has started a business selling art prints of the city’s neighbourhoods.

Founded by Natalie Lake, Modern Neighbourhood Maps offers over 50 different Toronto maps, all drawn in a cool minimalist, black-and-white style. Anyone looking to decorate the walls of their Toronto home needn’t look any further.

Lake, an OCAD graduate, said she made her first-ever map back in 2016, drawing the Leslieville neighbourhood.

“My husband Nicholas and I had just bought our first home in the neighbourhood and wanted to put up some new art,” Lake told Daily Hive. “I thought a map pinpointing our new home with a heart would be a cool piece to display.”

Lake then decided to start making similar maps for friends as housewarming gifts.

“I would mark a red heart on their new home location and they loved it,” she said. “I was inspired to keep designing more neighbourhoods, so I spent the day at the local coffee shop and created a new neighbourhood each day.”

The prints on Lake’s Modern Neighbourhood Maps website, which span from Mimico to Trinity Bellwoods to Scarborough, can all also be customized with a heart. And if the neighbourhood you want isn’t available, Lake can do custom prints. 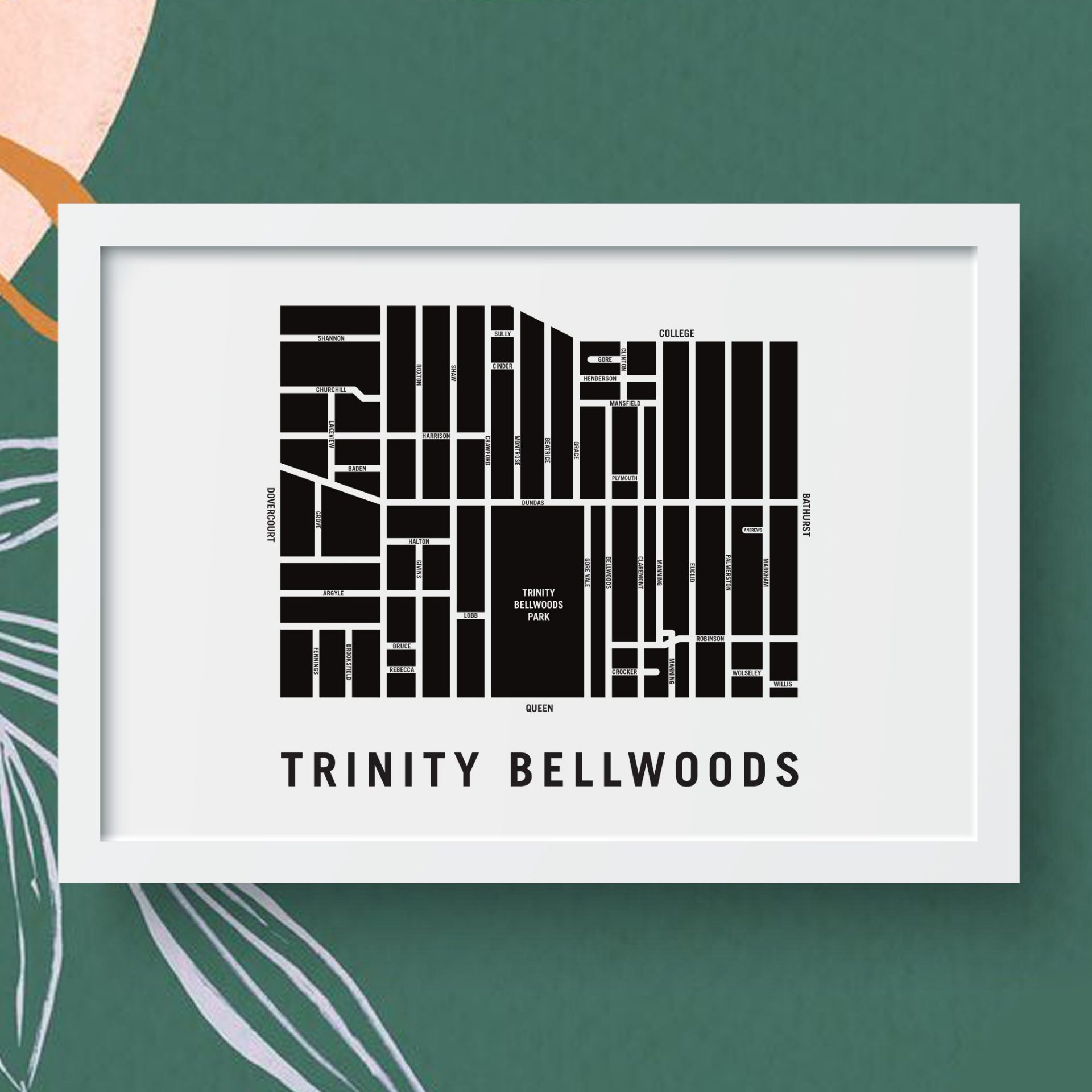 Lake started out selling her first collection at local markets and shops including the Leslieville Flea Market, the Etsy: Made in Canada Toronto show, and Queenie’s Cards before launching the online store.

Since then, things have taken off, and she’s even partnered with co-working network Lauft to design a large map mural for each of their locations.

“It’s really cool to see the maps on such a large scale,” Lake said. 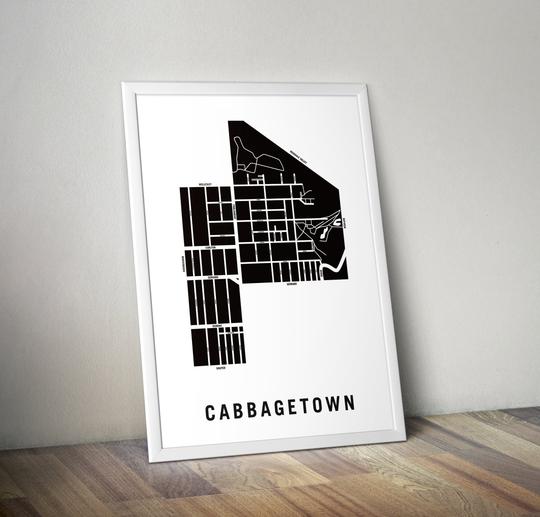 She’s also expanded beyond Toronto and the GTA, creating maps of neighbourhoods in Vancouver, Ottawa, Calgary, Edmonton, and New York.

But even with all the map art options now available, Lake says that it’s still the Toronto neighbourhood that started it all — Leslieville — that remains the most popular choice, along with Riverdale.

“I’ve had many requests to not only add hearts to home locations in those neighbourhoods,” Lake said. “But also mark favourite spots like parks, coffee shops and restaurants — all the things that make the neighbourhoods special.”