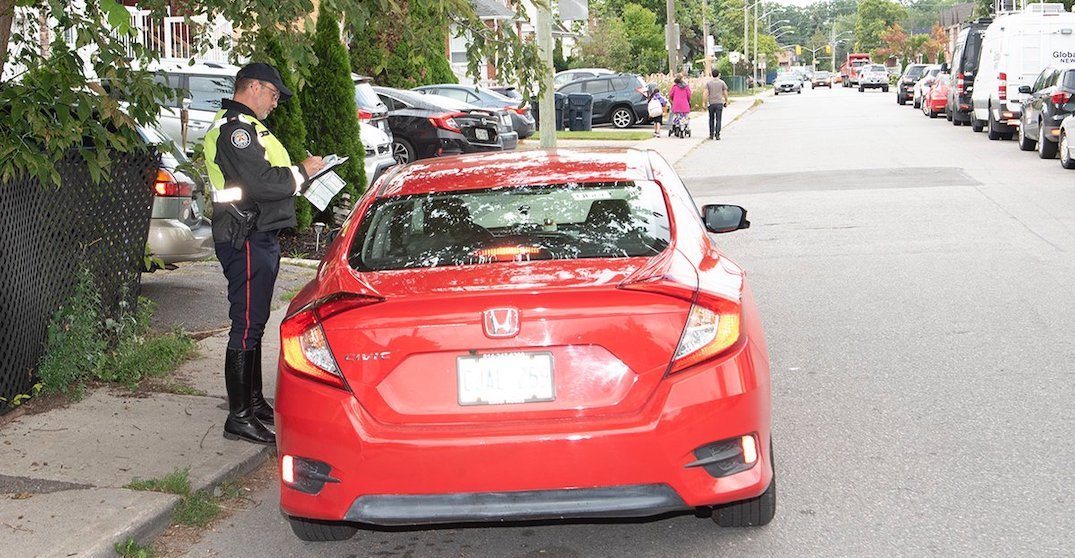 Toronto police say that over 1,750 tickets were issued to drivers as part of their Back to School safety initiative, and over 600 of those were for speeding.

According to police, between Tuesday, September 3, and Friday, September 6, Traffic Services were outside schools across the city to educate and remind drivers, parents and communities about traffic safety.

Officers say they were able to identify drivers who were speeding, driving while distracted, driving aggressively, and those who had parked illegally.

In total, police issued 1,754 tickets, with sign offences (873 tickets) and speeding (625 tickets) being the most common violations.

“Making sure kids get to and from school safely is, and will continue to be, a priority for police,” said Sergeant Brett Moore. “This work would not be possible without the support of parents and the local community.”

Police ask drivers to stay focused and in control at all times so they can be prepared for any hazards or a change in road conditions.

“We stopped too many drivers during the campaign who did not make this commitment. Speeding, being distracted, parking illegally and being in a rush often contribute to collisions, especially in busy areas with kids crossing roads,” said Moore.

Kids are back to the routines of a new school year. Our officers were out and continue to remind drivers about putting safety first in school zones. Bad driving habits like speeding, not following traffic signs and illegal parking were seen too often. https://t.co/CMyBmtlv8B pic.twitter.com/Scm0WjkHhA

The Back to School campaign is about “no tolerance” for violations, but also about asking you to commit to changing bad driving habits, according to Toronto Police.

“All of these actions are preventable and avoidable.”