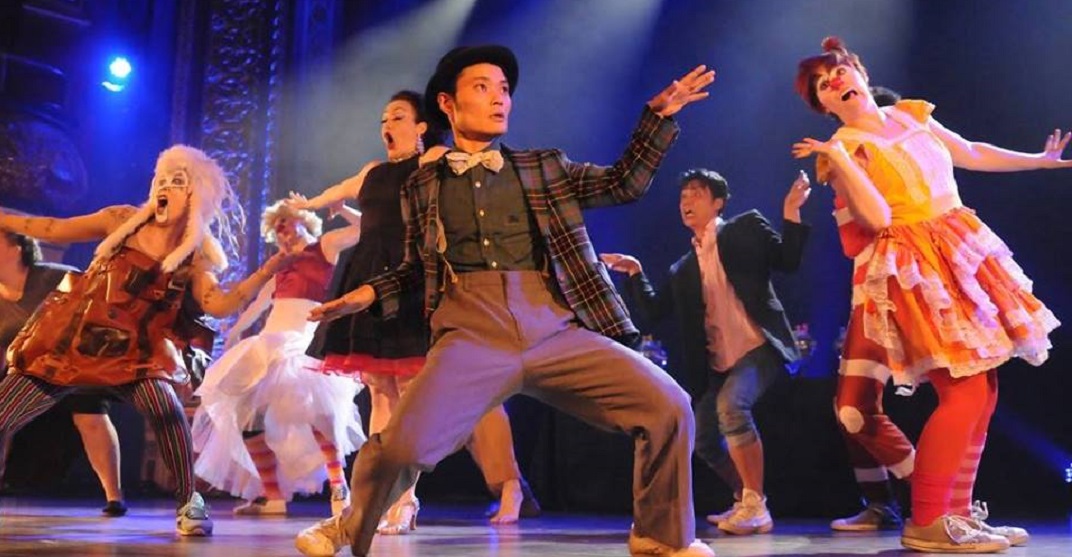 Showing up stoned and showing up late go together like peanut butter and jelly. Unfortunately sometimes the latter can really harsh your buzz, particularly if your buzz is taking in some sweet local talent at the Montreal Fringe Festival while under the influence of the devil’s lettuce.

Having had my commute derailed by the search for and consumption of a raspberry iced tea, a potent Indica, and a poor sense of time, I managed to show up seconds late to enter the show I was supposed to review. Basically, I got too stoned to show up on time to experience culture and now am probably forever damned to be a slack-jawed philistine on an island of worldly creatives and people who don’t work from bed.

Let me be the Ghost of Vibe-Killers Yet To Come to your Ebeneezer Scrooge. Learn from my mistakes and fulfill your potential as the sophisticated, theatre-attending cannabis enthusiast that you were meant to be.

There IS a way to attend local Fringe events while high sans being completely terrible about it! Avoid looking like an uncultured boor with these helpful tips.

It’s super rude. It can be extremely disruptive – particularly in smaller venues – as well as potentially distracting for performers, and generally causes a headache for staff. Be the stoner you would want to deal with if you had to.

Buy your tickets in advance

They’ll be delivered right to your phone and you won’t have to fumble around at the door when you find out that the venue takes cash only, all you have is a debit card, and an impaired ability to follow simple directions to the nearest ATM.

Be familiar with your tolerance levels

Be aware of how much you can and/or “should” consume before doing so, accounting for variables like strains and methods of consumption. There is a fine line between coasting through life on a skunky cloud and lacking the cognizance to function properly in society. Feel free to dance on it, but don’t cross it.

Leave earlier than you think is necessary

Let’s face it, “leave no citizen’s path unf*cked with!” could be our summer motto here in Montreal. Everything is under construction at all times. A normally pleasant pedestrian commute becomes what can only be described as some kind of inadvertent, non-consensual parkour. There is traffic as far as the eye can see on all three streets that are still open to cars. There are ambiguous delays on the STM, just because.

In Montreal, you have to leave early and expect the worst.

Feel good about you

Make sure to bask in the delicious sense of smugness that comes with having supported the arts.

On a serious note – word is that Greasy, Dance Side of the Moon, and Drunk Girl are top-notch, so go check them out if you’re sick of Netflix.