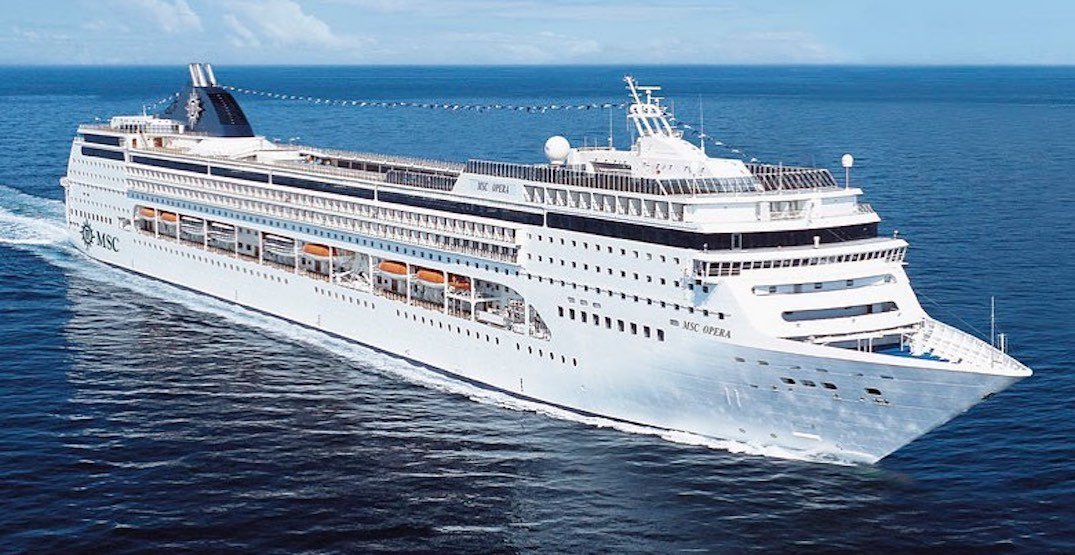 A massive cruise ship called the MSC Opera has crashed into a dock and tourist boat in Venice, on Sunday, June 2.

Wow, this just happened outside our apartment!! pic.twitter.com/OfSOdCU2Br

The cruise ship was allegedly unable to halt its momentum. It blared its horn to give warning as it collided with a dock and the River Countess, a small passenger riverboat moored there.

A statement from MSC Cruises appearing in Il Giornale pins the crash on a mechanical failure and assures cooperation with local authorities as an investigation is underway.

The BBC reports that a recording of the MSC Opera’s captain and the harbour master has emerged. “We have activated all possible procedures to avoid impact,” the Opera’s captain said in the recording. He explains that both of the ship’s anchors were dropped, but it was not enough since the engine was “locked”.

Two tugboats guiding the cruise ship into Venice also tried to impede the cruise ship’s forward momentum, but were ultimately no match for the Opera.

Il Giornale says that at least four people were injured, three on the riverboat and one on the cruise ship.

According to Euronews, four women between the ages of 67 and 72 — an American, a New Zealander, and two Australians — were hurt as they tried to run away from the River Countess.

Giving an account of the cruise ship collision, Venice resident and witness Elisabetta Pasqualin told Euronews, “[The ship was] advancing slowly but inevitably towards the dock. The bow of the shop crashed hard into the bank with its massive weight crushing a big piece of it. Sirens were wailing loudly. It was a very dramatic scene.”

Pasqualin goes on to describe how the riverboat looked as if it were “made out of plastic or paper” as it gave way to the much larger Opera.

Venice is a popular destination for tourists and cruise passengers alike, especially during peak season in the summer months.

The cruise ship collision has raised questions about the use of the Giudecca Canal, with Euronews reporting that access to the Canal has been a long-standing point of contention. Italy’s transport minister Danilo Toninelli stated, “Today’s accident in the port of Venice proves that cruise ships shouldn’t be allowed to pass down the Giudecca anymore.

“After many years of inertia, we are finally close to a solution to protect both the lagoon and tourism,” Toninelli claimed.

The accident also proves that there are plenty of factors to consider as new cruise lines are established in the Caspian Sea and other places around the globe.