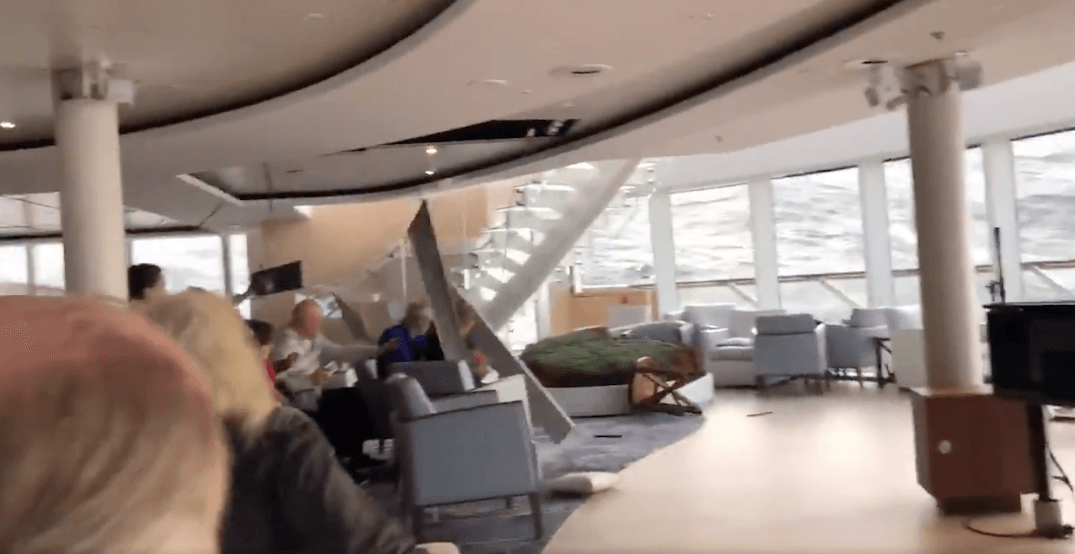 A cruise vacation has gone very wrong off the coast of Norway, as up to 1,300 passengers are undergoing an emergency rescue via helicopters.

Due to engine issues amid bad weather and rough seas, the cruise ship Viking Sky issued a mayday call on Saturday afternoon.

Video footage shows the ship heaving from side to side, with furniture sliding and causing several minor injuries to passengers. The treacherous waves broke some ship windows, as cold water flowed onto the floors.

An air rescue was required to remove the passengers from the ship, making the evacuation process tedious as each passenger is individually hoisted to fill one of five rescue helicopters. The helicopters can carry 15 to 20 people at a time, according to BBC News.

“It’s a demanding exercise, because they (passengers) have to hang in the air under a helicopter and there’s a very, very strong wind,” witness Odd Roar Lange told Norwegian media outlet NRK at the site.

Reports indicate that the evacuation is still underway at the time of publishing.