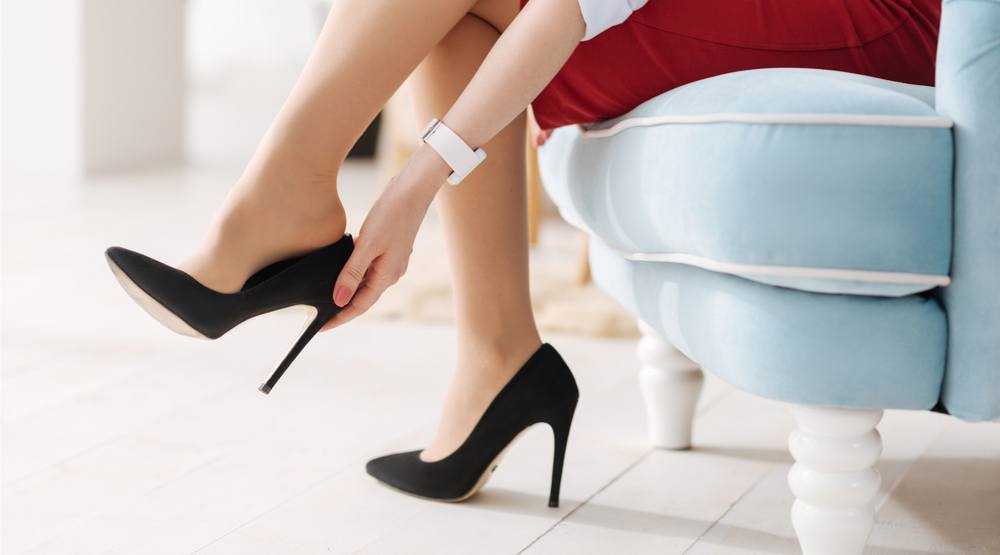 BC Premier Christy Clark says she wants to end the practice of women being forced to wear high heels by their employers.

Speaking to reporters on Monday, Clark said Weaver’s proposal was among a number the government were considering.

“We’re looking for the simplest, the quickest way, we’d like to get on with it, because I think women shouldn’t be forced to wear high heels by their employers.

“It’s not fair, it’s discriminatory, and for a lot of women, it’s not comfortable… Let’s change it, let’s make sure that isn’t happening in our province.”

Weaver’s bill, which was tabled in the BC Legislature last week for International Women’s Day, is an amendment to the Workers Compensation Act.

It would “ensure that employers do not set varying footwear requirements for their employees based on gender, gender expression or gender identity.”

The issue of whether women should be required to wear high heels at work is a hot topic right now.

Already this month, the UK Parliament has debated a ban on mandatory workplace high heels after 150,000 people signed a petition calling for a discussion of the issue.

The petition was started by a 27-year-old receptionist in London, Nicola Thorp, who was sent home after she refused to wear high heels to her temp job.

Her temp agency’s rules not only said she had to wear heels between two and four inches high, but also specified exactly how makeup and nail polish should be used.

The UK debate was not binding, but the British government said existing equality laws protected against this kind of discrimination and should be better enforced in future.