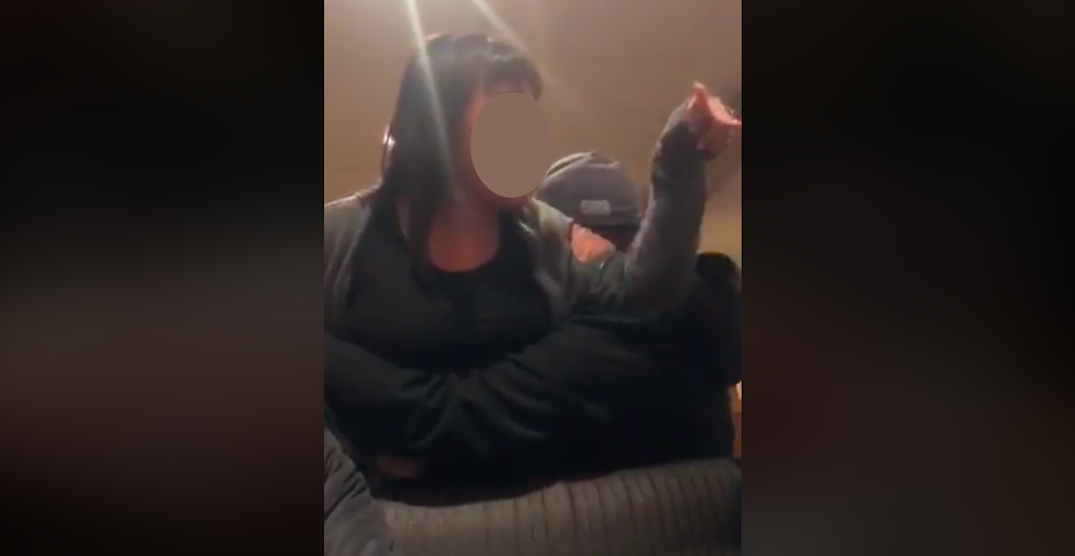 The woman who can be seen making racist remarks against a group of men in a video posted to Facebook on Tuesday has since issued an apology and been fired from her job.

The woman, identified as Kelly Pocha, is a resident of Cranbrook, BC who got into an argument with a group of men at a Denny’s in Lethbridge, Alberta.

Pocha can be heard saying remarks such as “go back to your country,” and “Speak English or don’t speak at all,” in the video before being escorted away from the men’s booth by the restaurant manager.

Lethbridge Mayor Chris Spearman has since issued a statement condemning the racist remarks, and the Lethbridge Police Service tweeted on Wednesday that they are looking into the incident.

Cranbrook Dodge, a car dealership in Cranbrook, BC, posted a statement to Facebook at around 3 pm on Wednesday stating that Pocha had been fired from her position due to what was seen in the video.

“We have recently become aware of a disturbing video that involves one of our employees. We are deeply concerned about the content of this video and want all of our friends, families, colleagues, and customers to know that this behaviour does not reflect the values of Cranbrook Dodge in any way,” the statement reads.

“The employee in question has been terminated and we deeply apologize for her actions.”

Pocha herself made a statement to CTV Lethbridge, saying that she was sorry for her remarks, though included that people weren’t seeing her side of the story.

“Yes, my backlash was inappropriate and racial, but I was merely standing up for myself as I was being disrespected that night,” she said in the statement to CTV Lethbridge.