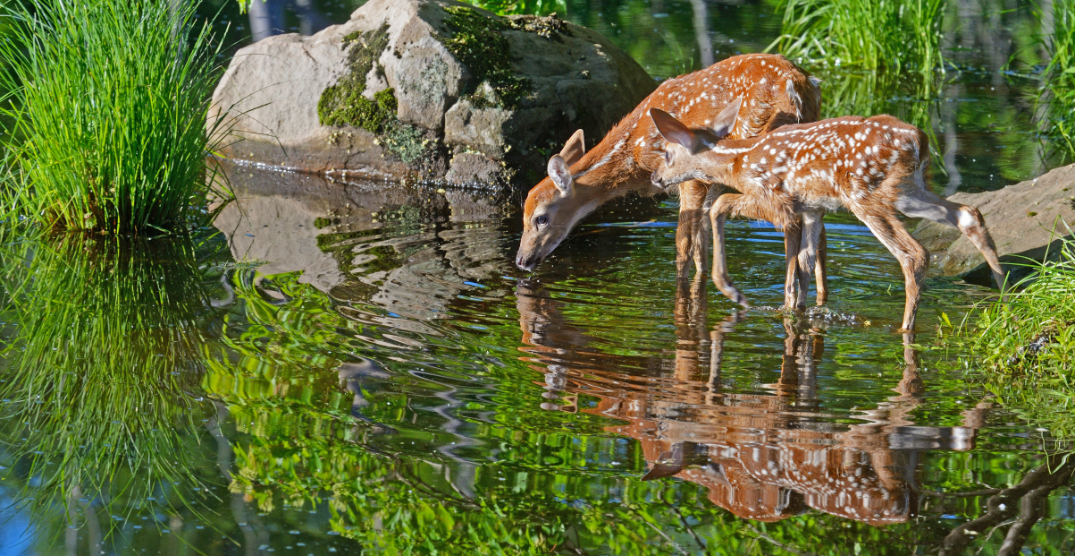 Recent record-breaking temperatures in BC and Vancouver this summer have forced people to come up with rather unique ways to stay cool.

Whether it is taking a trip to the beach or catching a late-night movie to enjoy the air conditioning, we all have our personalized summer survival plans when the humidex becomes unbearable.

During this excruciating heat, most animals, however, can’t sweat like humans. So how do they cope with the hot weather?

If you look closely at this video, you can see two crows resting on the power grid lines with their mouths wide open.

It’s so hot in Vancouver the crows have become more terrifying (if that was even possible) as now they are panting like dogs while they wait to attack! pic.twitter.com/F7QAaKFaHs

This might seem strange at first but it is something crows need to do. Like dogs, crows pant to dispel heat from their bodies through their mouths.

“Birds are not able to sweat like we do so they use a process called gular fluttering. By rapidly vibrating (or fluttering) a muscle in their throat as moisture is passed over it, they can speed evaporation and, in the process, cool themselves down,” said Vanessa Isnardy of Wildsafe BC.

Wild animals have unique strategies to help them cool off under the scorching sun. Marmots or ground squirrels, deal with the heat through a period of aestivation, similar to hibernation. “They enter their burrows for safety from predators and slow their metabolism and become inactive,” she said.

A common strategy would be sleeping when it’s still noon.

On a typical sunny day, one may find deer active in the early hours of the day or right in the evening when the temperature goes down again. “Not only do they have physiological adaptations but behavourial changes because of the heat,” said Neil Fletcher, of the BC Wildlife Federation. 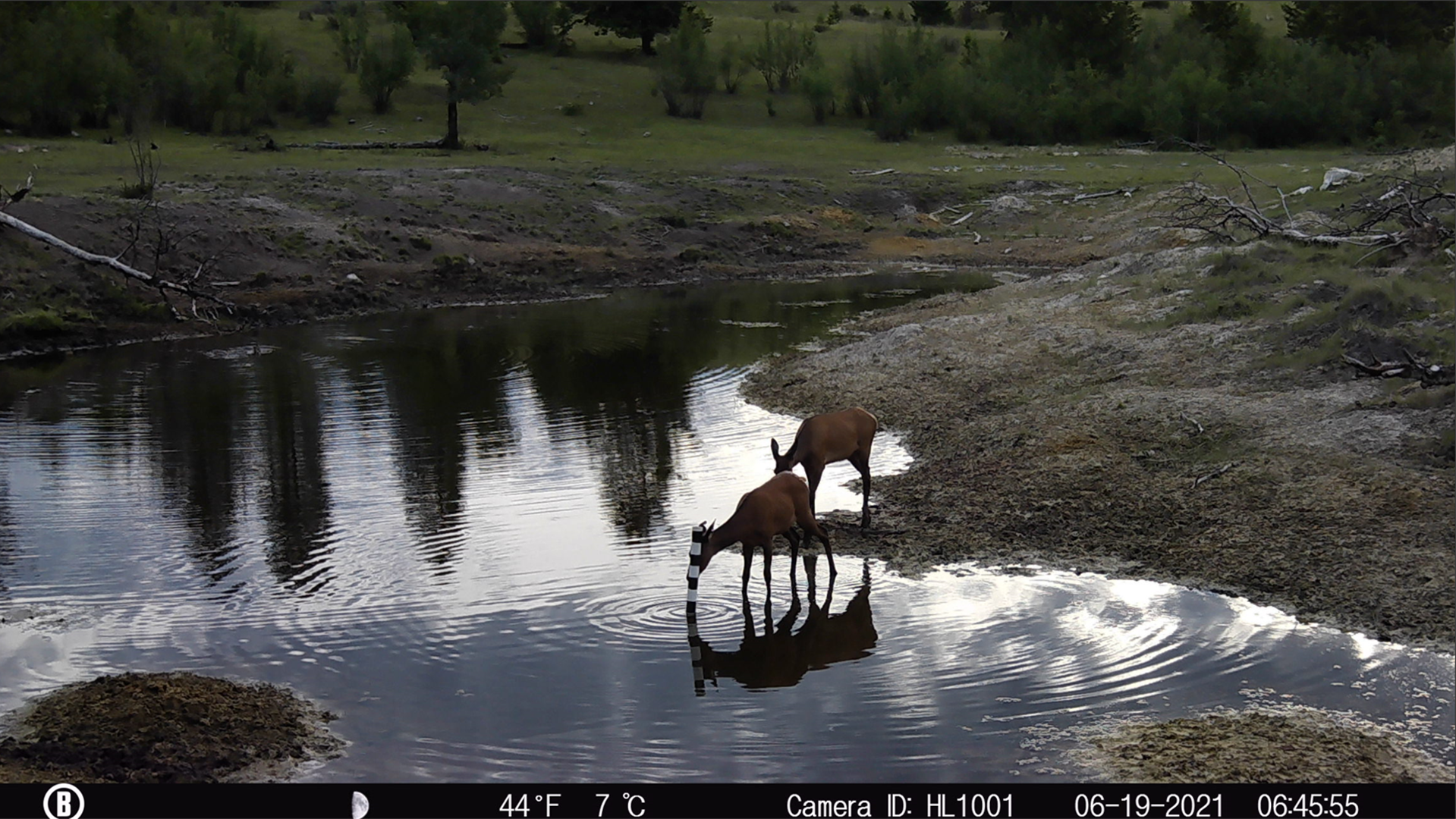 Deer drink water from a wetland/ BC Wildlife Federation

Fish are also susceptible to changing temperatures. Fisheries salvage fish, often those in small streams, by relocating them to cooler areas. “These kinds of heat waves can be very detrimental to our fish population,” said Fletcher.

Restoration on water, as Fletcher explains, plays a big part in helping wildlife cope with the heat. This involves increasing the length of time water remains cool in both streams and wetlands, otherwise known as hydroperiod.

“A lot of our projects involve holding water on the landscape. That means, to provide more surface water opportunities to fish and wildlife.”

Camera traps are set up aimed toward the wetlands to capture photos of wildlife every day. A measuring gauge is also fixated in the water to know when the water would dry out.