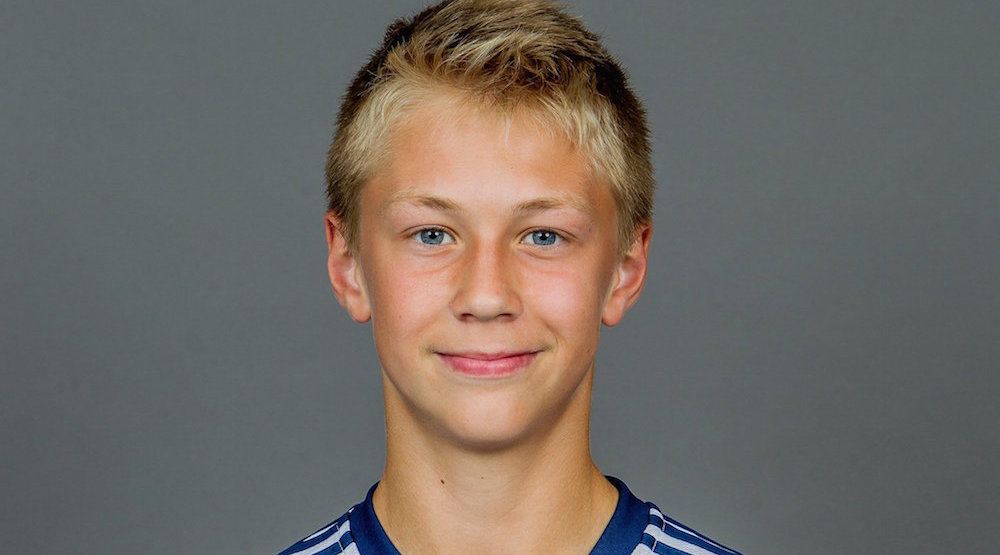 It will be an emotional evening at BC Place on Saturday, as Vancouver Whitecaps FC and their fans will honour Travis Selje before and during their match against Sporting Kansas City.

Just 17 years old, Selje died tragically earlier this month, after he was involved in a car crash on his way home from soccer practice.

The defender/midfielder was part of the Whitecaps’ residency program from 2012 to 2016. Most recently he was team captain for Surrey United.

Travis’ family and Surrey United teammates will be in attendance at Saturday’s match. Whitecaps players will don armbands in his memory, and a moment of silence will occur prior to kickoff.

Fans also plan to stand and applaud during the 35th minute of the match, an idea that came from his friends to show respect for Travis, who wore #35 with Whitecaps FC Residency.