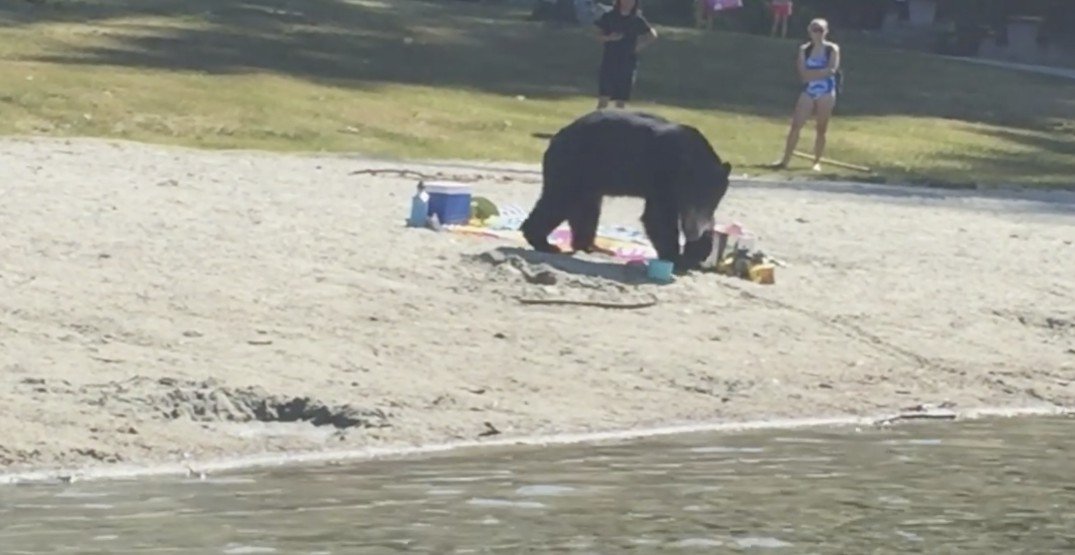 Port Moody’s White Pine Beach has reopened to the public but the bear that caused the closure could still be around.

According to a tweet from the City of Port Moody, there are restrictions in place, despite the beach reopening.

White Pine Beach open, with restrictions as the bear may still be around. Bbq & grilling prohibited. Do not leave food unattended Dispose of all garbage immediately in the bearproof garbage bins. Concession will be open.
(img Source: Facebook/antoni.kostka.3) pic.twitter.com/H82EN6aJv2

Barbequing and grilling are prohibited and patrons are instructed to dispose of all garbage immediately in the bearproof bins.

Last week a very hungry bear was spotting roaming the beach and video footage of the animal was posted on Facebook.

In the video, people can be seen standing a few metres away from the animal and filming it.

White Pine Beach was closed to the public earlier this week.

Metro Vancouver is reminding the public of the following bear safety tips:

“If you see a bear, stay back 100 metres. If you encounter a bear, stay calm and slowly back away,” says Metro Vancouver.