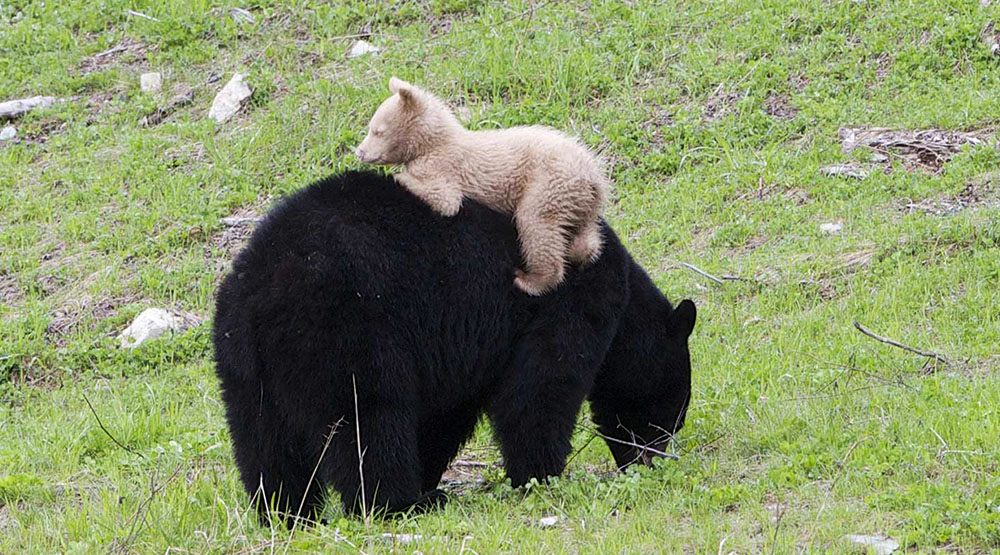 An unusual black bear cub is turning heads in Whistler – he’s creamy, caramel and cute as a button.

In an update on his Bear Report, guide and bear expert Michael Allen says he’s never seen anything like the little cub before.

“After 23 years of research, I have seen cubs ranging black, reddish brown, chocolate brown to blonde (after summer bleaching of coat) but, never have seen in this population, a cub with pelage this light to almost white,” Allen writes.

The bear was spotted clinging to its black mother bear by fellow guide Kathy Jenkins last week, according to Allen’s blogpost.

It’s thought the cub isn’t albino, but that its light colouring is a result of both parents having a recessive gene.