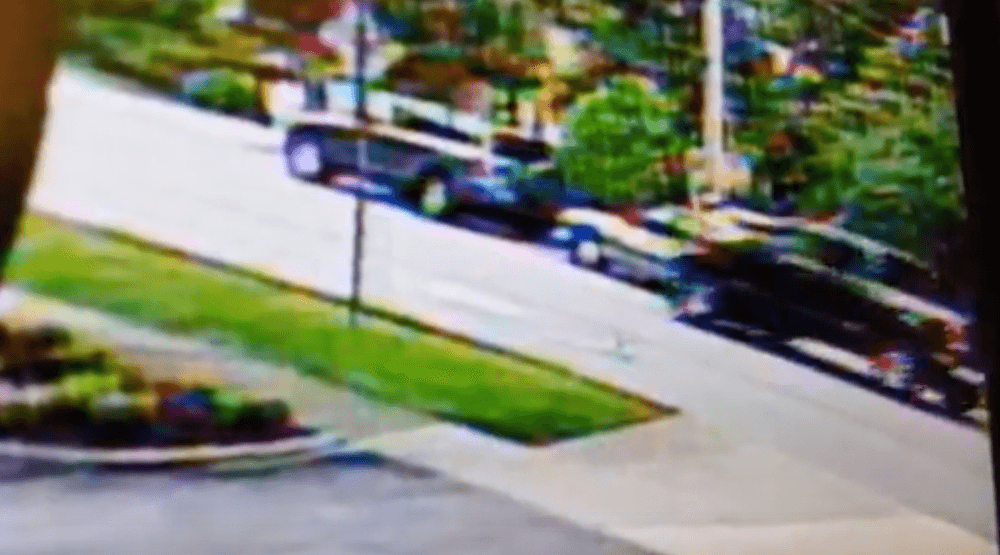 West Vancouver Police are asking for the public’s help in identifying the driver of a pick-up truck involved in a hit-and-run collision that left a cyclist with serious injuries.

At approximately 8:30 pm on Saturday, June 10, a cyclist was hit by a black pick-up truck headed westbound on in the 1900 block of Bellevue Avenue.

Video footage of the incident shows the pick-up truck speeding up the hill and striking the cyclist to the ground. The driver of the truck does not stop and speeds away from the scene.

The 48-year-old cyclist is a resident of West Vancouver. He was taken to hospital and is being treated for serious injuries.

According to police, the vehicle involved was identified by witnesses as a large black pick-up truck, possibly a Ford F150 driven by a Caucasian male.

Witnesses say that the truck did sustain some damage to the passenger side of the vehicle.

Anyone with information about the incident is asked to contact the West Vancouver Police Department at  604-925-7300,