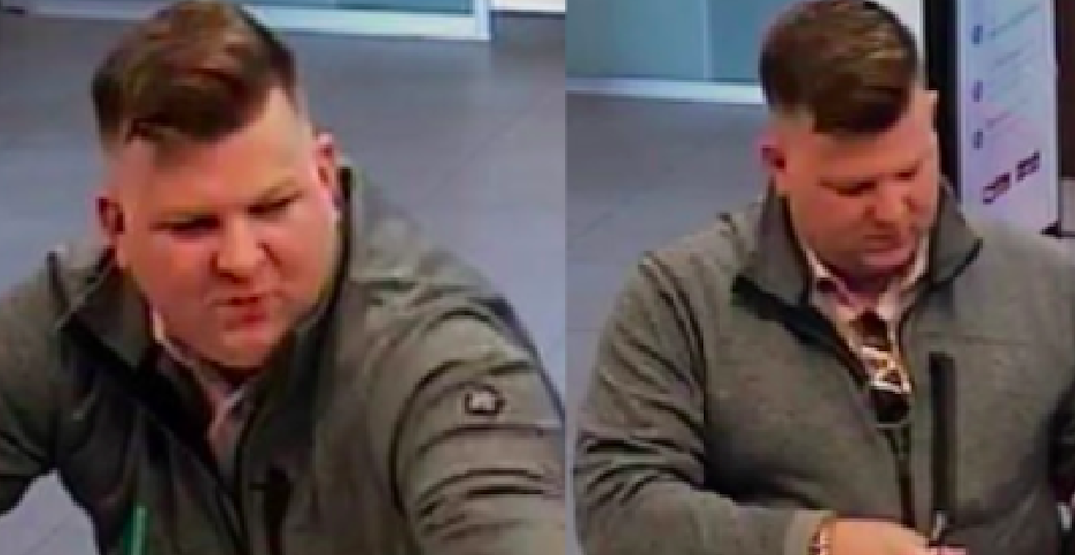 This man is wanted by West Vancouver Police (WVPD)

West Vancouver Police (WVPD) are asking for the public’s help in finding a suspect accused of targeting young men for fraud through the dating app, Grindr.

In a release this week, WVPD said they received separate reports from two men in October of last year, who stated they had been defrauded by a man they had met through the dating app.

The victims each individually reported that a man – who identified himself as Richard or ‘Quantum’ on the dating application– had befriended them and then offered to help “financially assist” them.

“Victims were allegedly encouraged to set up bank accounts in their name and cash cheques provided to them by the suspect,” police said. “The suspect then encouraged the victims to share the cash with the suspect or make purchases for the suspect with the cash.”

It was only afterwards that the victims discovered that the cheques they had been given were fake. Their total losses were over $3,000.

Detectives undertook an investigation, identified a suspect, and a report was forwarded to Crown Counsel recommending several charges.

Crown Counsel has now approved five charges against 39-year-old Christian Michael Lee Richardson, including Theft Under $5,000, Fraud Under $5,000, and Uttering a Forged Document.

Police said Richardson is currently believed to be of no fixed address and a warrant has been issued for his arrest.

The investigation remains ongoing, and investigators believe it is possible additional victims have not yet contacted police. They are urging anyone who believes they have also been victimized to contact their local police.

Anyone with information on Richardson’s whereabouts, or has information that could assist police in finding him, is asked to contact WVPD at 604-925-7300.