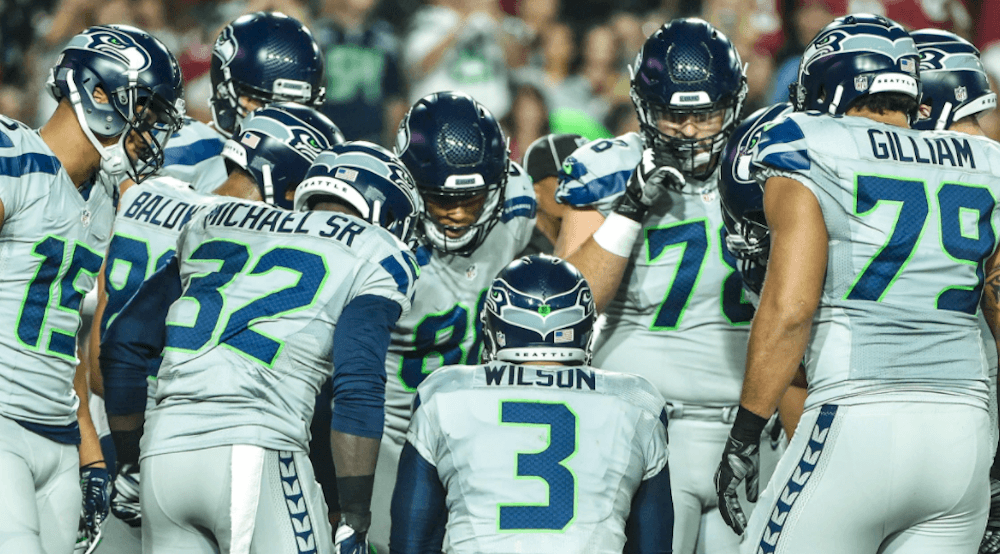 It came down to Monday Night Football, but the Bears pulled through to give us a winning week last week and 3-1 on the top picks of the week. Here’s what to look forward to this week.

Last week the Hawks played poorly, had a couple tough calls go against them, were on the road for an early east coast game, and still had a chance to win on the last play.

Their defence is one of the best in the league and will give them a chance every week. Being at home, we’re expecting Russell Wilson to play a lot better and finally get on the scoreboard after three straight weeks without being involved in a touchdown.

The Bills are too inconsistent to back and are in tough against a Hawks team that is dominant at home.

Neither of these teams are good, but one of them is clearly a lot more talented than the other.

The Saints are coming off a spectacular win at home against the Seahawks. They are, however, a much different team on the road than in the dome. With that being said, the 49ers are just plain awful wherever they play so there isn’t much of a home field advantage.

Generally we would worry about a team coming off a bye with two weeks to prepare, but regardless of preparation time, the 49ers aren’t talented enough to compete. If the Saints do go up big like we’re projecting, does anyone think Colin Kaepernick will be able to keep pace with Drew Brees and company?

I didn’t think so.

Although the Rams started hot, you knew it was only a matter of time before Jeff Fisher’s team came back to below .500. They’ve lost 3 in a row and looks like they’re getting ready to play the #1 overall pick in the NFL Draft, Jared Goff.

Regardless who plays at QB, this team is going to continue to struggle on offence, having only cleared 20 points in two of their seven games so far this year. Those two games came against bottom rung defences in the Tampa Bay Buccaneers and the Detroit Lions – this Panthers defence is a completely different animal.

The defending NFC Champs finally had a breakthrough last game, beating up on the Cardinals 30-20. They looked a lot more like the 2015 Panthers than this years 2-5 team, recording eight sacks.

We are taking the Panthers to continue their strong performance from last week.

The Steelers are a completely different team without Ben Roethlisberger as Landry Jones just isn’t a starting caliber QB. With Big Ben getting in a limited practice, the expectation is that he will play this week against Baltimore.

These two teams usually have great battles, but the Steelers offense is on a different level with Big Ben back there. We are taking the Steelers early as the line should shift if Roethlisberger is announced the starter. If he can’t go, the Steelers are still talented enough to keep this game close.

Another matchup of two below average teams here, in a game that most fans will not be watching this weekend.

The Dolphins have one thing going for them, and that’s their running game. Ajayi has put together two straight 200+ games and is looking solid. The Jets, however, have one of the best run defences in the league.

If the Jets can shut down the run game, we don’t trust Tannehill to score enough points. The Jets can win this game outright so we’re taking the points.