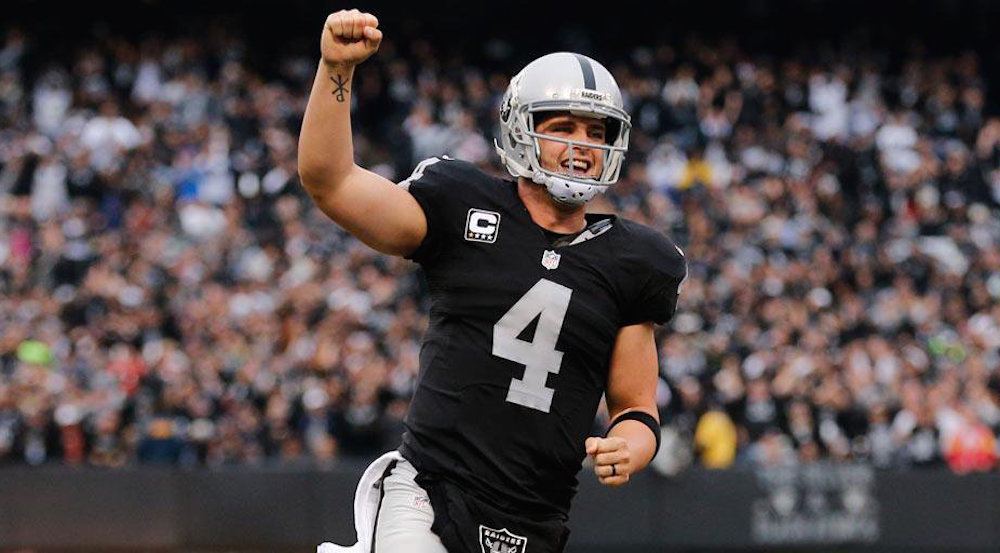 After the Arizona Cardinals couldn’t capitalize in overtime on a chip shot field goal on Sunday night, we ended the week at 7-7.

Let’s get back to a winning record in Week 8.

Here are our five picks of the week:

The ‘Bucs are coming off a win against the 49ers where they trailed 14-0 early on, but stormed back to win 34-17. Beating the 49ers isn’t really much of an accomplishment so we’re not reading into the win too much.

The Raiders, meanwhile, beat up on the Jags then decided to stay in Florida for the week ahead of this game against the Bucs.

Although a week relaxing in the sun may prove costly for the Raiders, they’re still the far superior team and we aren’t hesitating to take the Silver and Black.

Although the Hawks offence couldn’t move the ball against the Cards, one would assume it will be easier sledding against the Saints defence. Meanwhile, Drew Brees is one of the league’s best quarterbacks at home.

The Seahawks have been the beneficiary of potential game deciding non-calls the last couple weeks. We think their luck runs out in what should be a close game.

The Panthers had a much needed bye last week after dropping four straight games. The defending NFC Champions look in complete disarray this year in what was supposed to be a promising season.

Although the Cardinals started slow this year, their offence looked very good against a stingy Hawks defence. They weren’t able to put points on the board but were moving the ball and piled up over 300 yards of offence against the Hawks. They have a better opportunity here against the Panthers who are the 29th ranked scoring defence in the league, yielding 29.3 points a game.

Although the Cards are on the road, they are the better team, and have a three-point buffer.

The Colts offence finally got rolling last week, putting up 34 points on the road. Their performance last week is probably why the Chiefs are only slight favourites this Sunday.

The Chiefs aren’t an extremely exciting team as Alex Smith is the ultimate game manager, but they are very talented on both ends of the field.

Expect Spencer Ware to slice up the Colts porous defence en route to a Chiefs victory.

The Ryan Fitzpatrick benching lasted about a quarter and a half before Geno Smith went down with a torn ACL. Fitzmagic was very solid in relief, leading the Jets to three scoring drives and the 24-16 win over the Ravens.

The Jets have talent on the defensive side of the ball but haven’t been able to put up strong offensive efforts yet. We’re banking on them to break out here against one of the worst teams in the NFL.