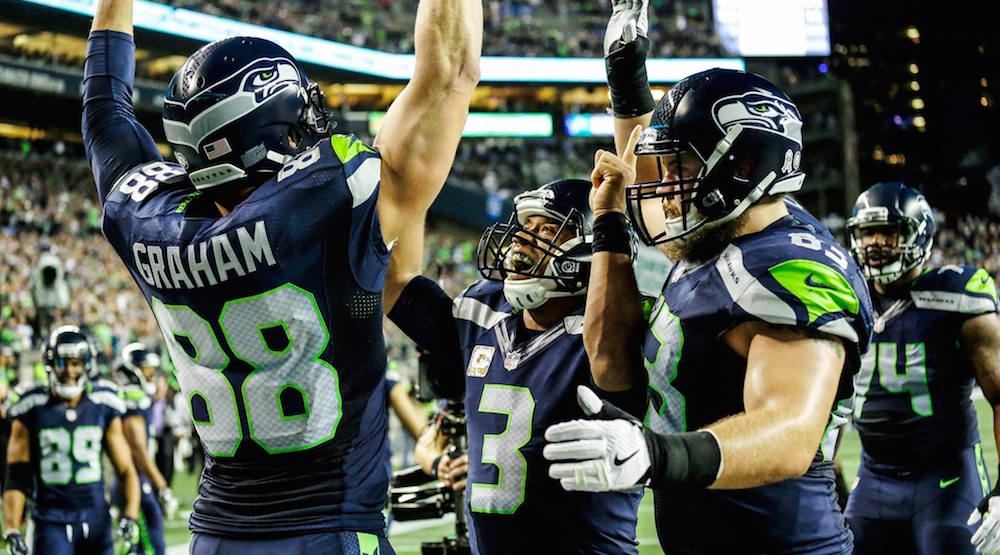 It’s been six straight winning weeks for us at FansUnite, going 10-5 overall in Week 16. The last week of the regular season should provide a lot of drama, so get your popcorn ready.

The major issue with picking the last week of the season is the uncertainty surrounding how much playing time star players will get with some teams finishing out the season with nothing to play for and others locked into their playoff position. Nevertheless, we will try and navigate these choppy waters, starting with the Seahawks trying to secure a bye with a win in San Francisco.

After the San Francisco 49ers beat the LA Rams last week, the players and coaches mobbed each other like they won the Super Bowl. With the big losing streak ending, we don’t think the 49ers will be as motivated in Week 17, so expect a bit of a letdown.

The Seahawks, on the other hand, are playing for the #2 seed. The Falcons are playing at the same time as the ‘Hawks, so Seattle knows they must win to give themselves a chance at getting a bye.

Seattle has had the 49ers’ number in the past couple seasons and their defence will limit the 49ers offence and create turnovers. The Seahawks will need to be in playoff form and will likely dominate a terrible San Francisco squad.

First things first, the Tampa Bay Buccaneers can still make the playoffs. However, they need to beat the Panthers, while the Packers, Texans, Colts, Eagles, and Seahawks lose, and the Redskins tie the Giants, then the Bucs are in. Easy, right?

With that being said, we think the Bucs have understood their fate and will miss the playoffs once again. They’ll still be looking to end the season on a high note and are playing their starters, but so are the Panthers, so this game is anything but a gimme.

The Panthers had a huge letdown season, but Cam Newton is still one of the best quarterbacks in the league. He’s struggled with accuracy throughout the year, but has the ability to take over a game. His pride alone will have him fired up to play a division rival and not end the season with another loss. The Panthers should keep this game within a touchdown.

After being eliminated from the playoffs, the Titans got even worse news when QB Marcus Mariota broke his leg. They now finish the season with Matt Cassel behind centre, and although he’s proven he can win in the NFL, he’s yet to prove he can win outside of the Patriots system.

The Texans have locked up a playoff spot, but unlike most teams, they may not rest their stars as possible future QB Tom Savage has only played in two games this year. We expect the Texans to play their starters to give Savage more repetitions with the team before heading into the playoffs.

With Texans starters playing, and their defence looking quite solid, we think they’ll win this game outright and are happy to take the three-point cushion.

This is a completely meaningless game between the Jaguars and the Colts in Indianapolis. We do like that Chuck Pagano has already stated that his starters will play and they are going out to win. The Jaguars, on the other hand, are more focused on their coaching search and the upcoming NFL Draft.

It’s always tough to predict these games, but we are big believers in Andrew Luck’s ability to rally his team to end the season on a high note. The players seem to like Pagano and will want to win to help his bid to remain on as the Colts coach.

Take the Colts to win at home and end the season with a W.

This will likely be the best game of the weekend as the losing team could very well be out of the postseason.

The Packers have won five straight games and have looked as good as any team in the league during that span. Aaron Rodgers is getting healthier and healthier each week and has been in MVP form. With the Detroit secondary hurting, Rodgers will surely take advantage, even in a loud Lions stadium.

Detroit was sitting in the #2 spot just a couple weeks ago, but two straight losses has them in danger of missing the playoffs. They’ve struggled to run the ball all year and with Matthew Stafford’s finger injury, their offence hasn’t been able to put up enough points. In a pivotal Week 17 game, we like the team with the better quarterback and more experience.