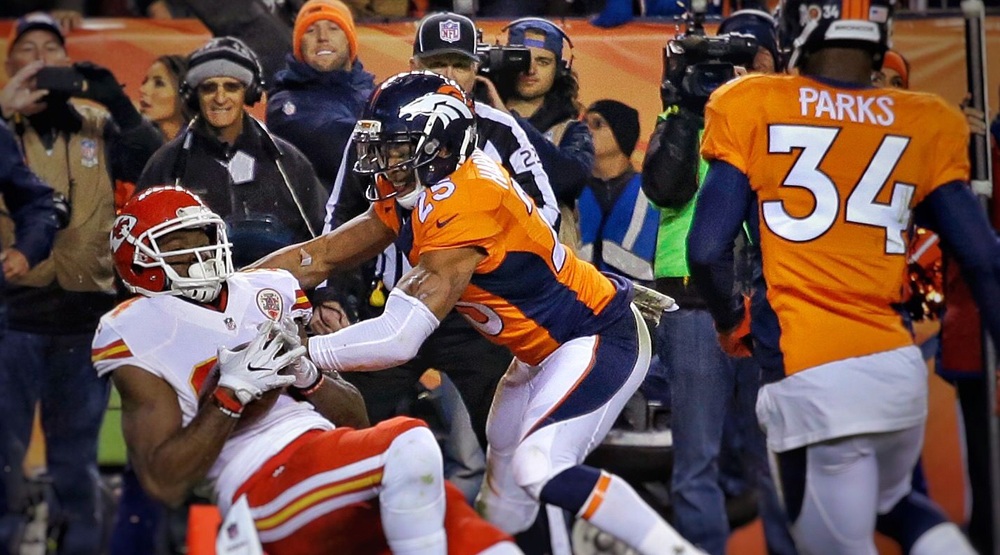 The Denver Broncos head to Jacksonville, desperate for a win to keep their playoff hopes alive. We think the Broncos defence is going to run wild against a tame Jaguars offence.

Last week was another good week for us, going 7-5 and 4-1 on the premium picks.

The Broncos are coming off an epic game last week, losing to the Chiefs in overtime. Apart from a safety, followed up by a punt return for a touchdown, the Broncos defence was dominant throughout the game and looked more like the 2015 Broncos we’re used to. Unfortunately for them, they’ve dropped another game behind in the division and can’t afford to lose again.

The Jaguars season has been a complete waste as they’ve taken multiple steps backwards from what was a promising season in 2015. It looks like the players have checked out and are just going through the motions.

Starting QB Trevor Siemian looks like he might miss this game, but we expect the Broncos defence to shut the door on the struggling Jags and win this game by more than 4.

Jared Goff is making his third straight start in the NFL and we’ve successfully picked against him in the first two. Nothing changes here as we don’t expect the rookie quarterback to be able to out-duel Tom Brady, especially in Foxborough.

The Patriots look like they’ll be without Gronk for the rest of the season, but this is a team that’s been here before. They are a very good system team, who believe in the “next man up” philosophy,  and will be able to game plan accordingly to make up for the loss.

We’re expecting the Patriots to keep winning as they try to edge out the Raiders for the #1 seed in the AFC. The Rams just gave up 49 to the Saints and will probably give up 30+ again.

After losing four straight games, the Packers had a very impressive victory in Philadelphia, beating the Eagles 27-13. Although hobbled with a hamstring injury, Aaron Rodgers now heads home to try and keep pace with the division leading Lions.

The Texans, on the other hand, are 6-5 and leading the AFC South. Although they’re division leaders, they are a very mediocre team that probably regrets their decision to give Brock Osweiler that massive contract. He hasn’t lived up to the contract and we don’t expect him to be able to keep up with Rodgers in Lambeau. Packers take this one by a touchdown.

The game of the season between two heavyweight teams. The 49ers have lost a franchise record 10 straight while the Bears have lost Cutler for the season and are sitting at 2-9. This game does mean a great deal for draft position, however.

Although losing, the 49ers have looked pretty solid in their last couple games. Colin Kaepernick is finding his form again and has the ability to break open a game with his legs.

Both these teams have a ton of injuries and are out of the playoff race. Although fans would probably want their team to lose in order to get a higher draft pick, these teams will still play to win. We like the way the 49ers are playing and expect Colin Kaepernick to outplay Matt Barkley.

The Chiefs are coming off a big win against their division rivals, the Denver Broncos, and will look to keep that momentum going against this hot Atlanta Falcons squad. The Chiefs rushing attack has stumbled in recent weeks, but we feel like this is a prime spot to re-establish the run game. The Falcons are ninth against the run in total yardage, but are 16th defensively in yards per rush. Look for the Chiefs to replicate the Eagles game plan of two weeks ago, when they rode running back Ryan Mathews for 108 yards and two touchdowns.

Most public money is coming in on Atlanta, but this is a side that just lost their top corner, Desmond Trufant, and their top pass rusher, Adrian Clayborn. On the Chiefs side of the ball, they just got Justin Houston back who immediately made his presence felt with 10 tackles and 3 sacks against the Broncos. Look for him to continue to make his presence felt and bully the Falcons offensive line.

We’re not saying the Falcons lose, but the Chiefs defence should keep this game close.