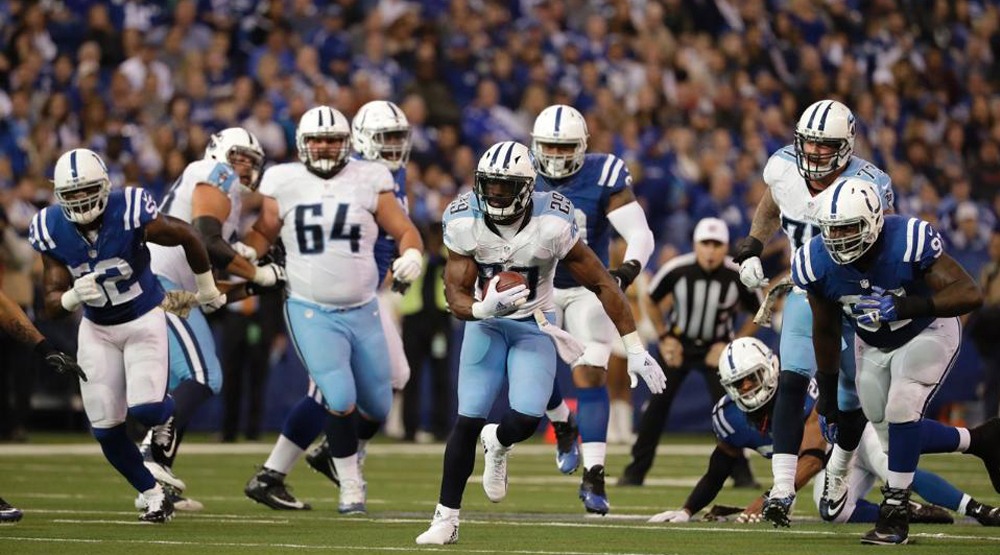 The Titans travel to the windy city to take on a Bears squad with question marks surrounding key players. They may be without quarterback Jay Cutler, while the Titans’ Marcus Mariota is rolling. After an 8-4 performance in Week 11, we look to keep the momentum going in Week 12.

There’s not much to this game except the Titans are playing for a playoff spot, while the Bears are trying to keep themselves out of the bottom of the standings.

After losing Alshon Jeffery to a suspension, the Bears now may be without Cutler. He’s currently expected to suit up for this game but will be clearly less than 100%. If Cutler can’t go, third string Matt Barkley is not capable of running an NFL offence quite yet and we wouldn’t expect the Bears to put up more than 13 points.

The Titans have been quite good as of late with Mariota playing the best football of his career. With a good matchup here, we think the Titans will just simply outscore the Bears en route to an easy win.

The Rams are coming off a tough loss where they led 10-0 for the majority of the game but lost 14-10 on a late touchdown. Jared Goff wasn’t asked to do much in his first NFL start but he’ll surely need to do more to keep up with the high flying Saints in New Orleans.

The Rams defence has been great as of late, but their offence has been their downfall. The one thing you can’t afford to do against the Saints, especially in New Orleans, is not score points.

As poor as the Saints defence can be, we don’t expect Goff to be able to keep up with Drew Brees.

The Bengals’ playoff hopes might have been shattered last week with a loss at home to the Bills and losing both A.J. Green and Giovani Bernard for the season. They now sit at 3-6-1 with two straight losses.

The Ravens are an average team, but at 5-5 they are leading the division. They’re coming off a tough game in Dallas where they stuck around and looked pretty solid. You can’t fault them for losing a game on a road against the best team in the league.

Division games are always tight, but we expect the injuries to the Bengals to catch up to them. Ravens win by a touchdown.

The Packers have been a disappointment this year, sitting at 4-6 with four straight losses. They’ve had an incredible amount of injuries to their secondary, and have no running game, which has forced Aaron Rodgers to throw more than usual. With all that being said, they’re still only two games back from the division lead and could easily catch the Lions if they can right this ship.

The Eagles are very solid and have a great home field advantage. However, they do have injuries to both their runnings backs and have had issues all season at wide receiver. I don’t think they’ll be able to take advantage of the Packers secondary like most teams have.

The Packers offence is good enough to keep this game close and could win outright. Take them with the points.

Here are two teams trending in the opposite direction as the Falcons look playoff bound while the NFC West champions from last year are 4-5-1 and falling way behind the Seahawks in the division race.

The Falcons are coming off a loss but it was a tough matchup in Philadelphia. They have one of the top offences in the league and are always solid at home. Carson Palmer looked very bad in the Cardinals loss to the Vikings and anything less than a superb performance this Sunday will have fans starting to question their QB.

We just don’t think the Cardinals are going to pack it in just yet. They still have a very strong defence and David Johnson should have his way with the Falcons D. Not saying the Cards win outright, but this game should go down to the wire.