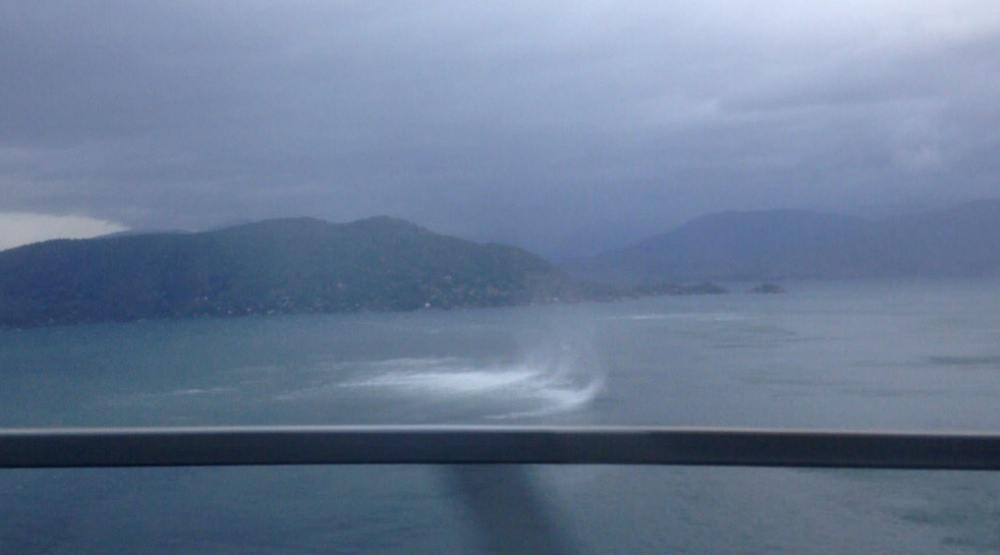 A waterspout was spotted near Horseshoe Bay in Howe Sound this evening, almost at the exact same location where where waterspouts were seen yesterday.

Such twisters over water are usually weak and not formed by a super cell cloud, which are known to produce powerful tornadoes. Waterspouts usually have a small width and produce winds no greater than 80 km/hr. When these weak tornadoes form on land, they are known as landspouts.

However, Friday’s wind storm in the Pacific Northwest did produce at least two tornadoes on the coast of Oregon.

Spawned from a super cell cloud, one EF2 tornado with winds between 178 km/hr and 217 km/hr destroyed two businesses and damaged 128 homes. Another EF2 tornado briefly touched ground at a beach not too far away. Nobody was injured in these storms.

According to Environment Canada, the third storm fuelled by the remnants of Typhoon Songda is expected to arrive in the Lower Mainland at approximately 9 pm. Winds reportedly picked up drastically in Nanaimo at 7:30 pm, causing  power outages for approximately 10,000 BC Hydro customers within about one hour.