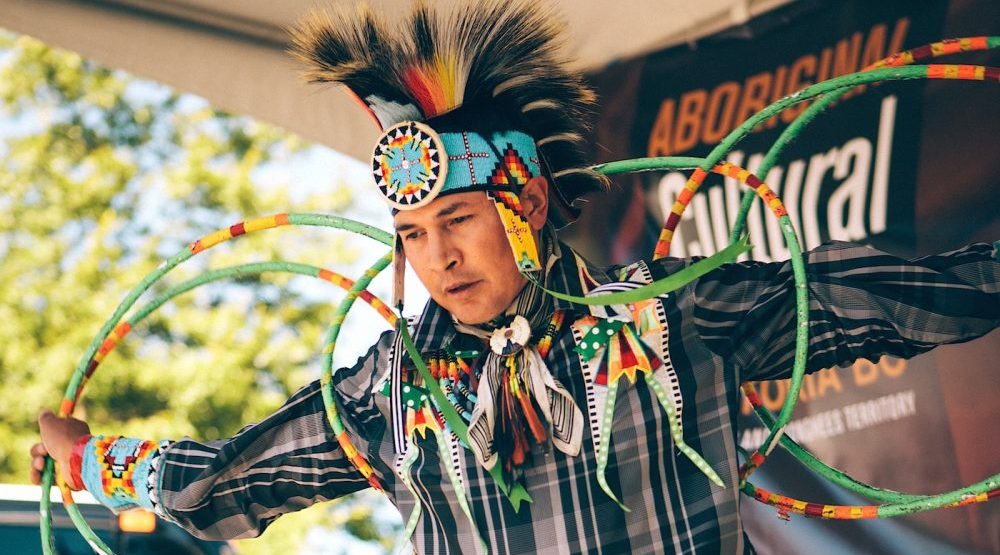 Alex Wells is a three-time world champion in hoop dancing and will be a headline performer during the 2017 Victoria Aboriginal Festival. (Aboriginal Tourism BC)

While National Aboriginal Day is on June 21, communities on Vancouver Island are kicking off the festivities a few days early, taking advantage of the weekend to build excitement for the annual celebration of Indigenous culture across Canada.

The Victoria Aboriginal Festival runs for three days, beginning on June 16, and features an array of entertainment, culture and knowledge sharing. The event, hosted in the territory of the Songhees and Esquimalt First Nations, takes place outside of the Royal BC Museum.

Among the attractions are a guided totem pole walk led by artist Andy Everson of the K’omoks Nation, a performance by Māori dancers from New Zealand, and a smudge ceremony overseen by Frank Antoine of the Bonaparte Indian Band, which is based in the Shuswap region of BC. In total, more than 45 performances are scheduled for the festival’s main stage. 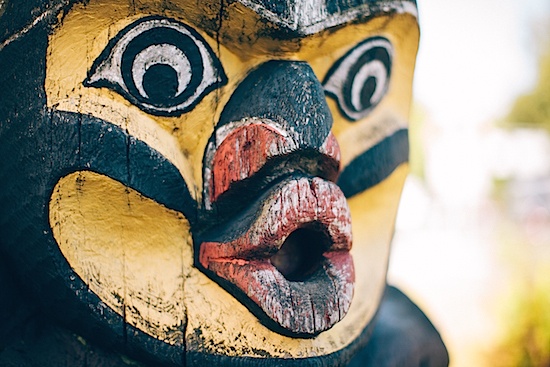 An expert in totem poles will explain the symbolism of the Indigenous structures during the Victoria Aboriginal Festival. (Image: Aboriginal Tourism BC)

Here are four highlights of the Victoria Aboriginal Festival you won’t want to miss:

You may not know his name but chances are you’ve witnessed Alex Wells perform — and likely been awed by him. Wells is a three-time world champion in hoop dancing, the mesmerizing performance art that incorporates hoops, decorations, regalia, and traditional percussion-based music. He was on stage in front of the world during the 2010 Winter Olympics, where he danced during the opening and closing ceremonies.

Wells is from the Lil’wat First Nation, whose territory is mostly in and around Whistler. His athletic performances have earned him many fans over the years and he will be performing daily at the festival, including twice on Saturday, June 17.

The start of the festival features the launch of canoes from the Delta Hotels’ Victoria Ocean Pointe Resort at 9 am. The vessels will cross the city’s famed Inner Harbour, arriving in time for a procession to the festival stage at the Royal BC Museum. The Canoe Protocol will precede the official opening of the event. 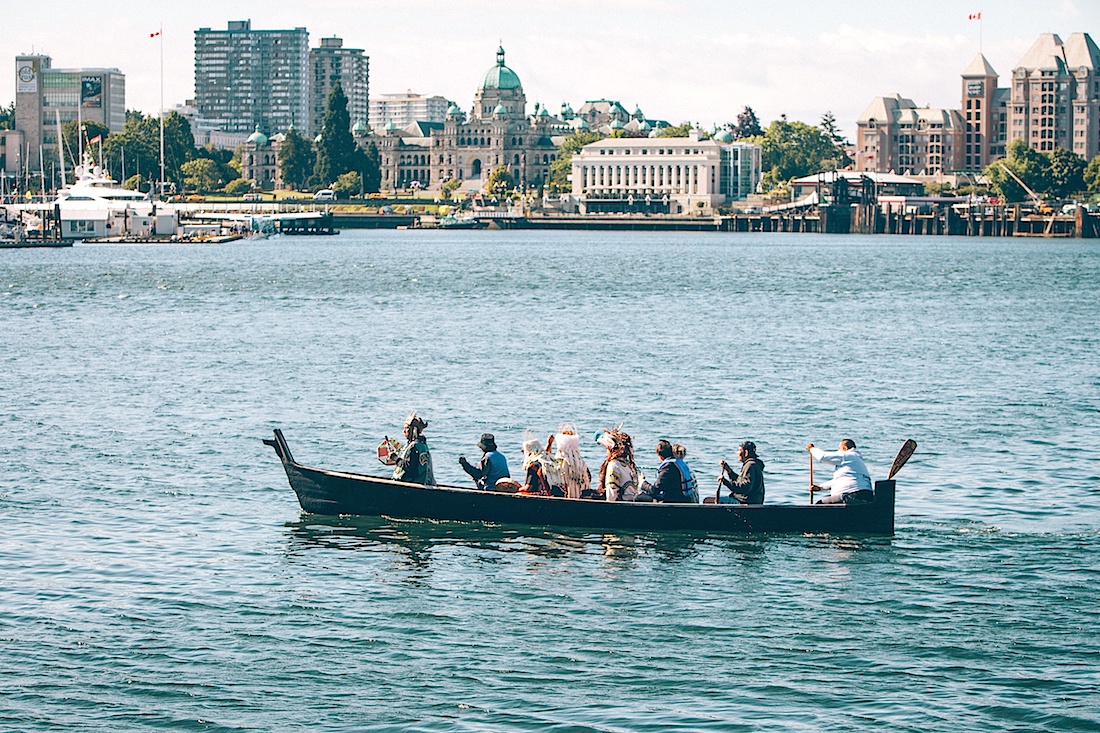 A canoe crosses the Inner Harbour en route to the opening ceremony of the 2015 Victoria Aboriginal Festival. The ritual will be repeated for the 2017 edition and the passengers of the boat will be greeted by First Nations leaders when they disembark. (Image: Aboriginal Tourism BC)

The start of the festival features the launch of canoes from the Delta Hotels’ Victoria Ocean Pointe Resort at 9 am. The vessels will cross the city’s famed Inner Harbour, arriving in time for a procession to the festival stage at the Royal BC Museum. The Canoe Protocol will precede the official opening of the event.

Songhees Seafood and Steam Food Truck will be on site to serve up delectable fare. Owned by the Songhees First Nation, the food truck has become a favourite in Victoria. Chef David Roger has collaborated with leaders of the Songhees community to develop the menu, which includes a Wild BC Sockeye Salmon Burger ($13), Indian Tacos ($12 for vegetarian, $14 for bison), and bannock ($4.50 for regular, or $5.50 for gluten-free). The food truck will be stationed at the Royal BC Museum on the festival grounds.

During each day of the festival, an Arts Marketplace will take place from 11 am to 5:30 pm. It will include artist demonstrations as well as authentic Indigenous crafts, clothing, decor, accessories, jewelry and other items for sale. Whether it’s a wood carving or picture  for your wall, artisanal pestle and mortar for your kitchen or beautiful jewelry that tells a story, you’ll find it at this outstanding and unique Arts Marketplace.

Hotel Packages: Aboriginal Tourism BC has two-night packages at three to five-star hotels, starting at $192 per person. For details and to book call 1-877-266-2822.